After the hostess at my favorite restaurant said, "Mr. Kevorkian, follow me," and I said, as usual, "To the ends of the earth," which always brings a smile to her face, I was aware that someone was following us.

After the hostess at my favorite restaurant said, "Mr. Kevorkian, follow me," and I said, as usual, "To the ends of the earth," which always brings a smile to her face, I was aware that someone was following us.

We reached my usual two-person booth and, after I sat down, the hostess placed the menu on the table (although we both knew what I would be ordering) and cleared away the other setting, saying that my Server would be with me shortly.

Just as I was settling in, the man who was following us, came to the booth (he had stood aside until I had settled in), and said, "I heard the hostess call your name. I, too, am an Armenian." As he slid into the seat opposite, he said, "I may sit down and join you, Yes?" without waiting for my answer. His English had a European accent. I guessed French.

"You will permit me to introduce myself. My name is Chauvinian, Nigoghos Chauvinian." My face reacted, and he continued, "Yes, that is right, he is a distant relation. Actually, I am not named for him, I am named for his grandfather, and the name ‘Nigoghos’ is given to the first-born male in alternate generations."

When our Server came, with the small dish of sliced pickled cucumbers, I realized that I had no choice but to accept a dinner companion, although I had thoughts I wanted to think over as I ate. He noticed that there was no setting for my "guest," apologized and went off to get one. Accepting his presence, I asked Chauvinian if he drank wine, and when he said he did, I said that we would get a bottle and nurse it through the meal, rather than get a drink to start.

The Server returned with the setting, again apologized, and I told him there was no need for an apology, and ordered a bottle of the Malbec. Turning to my guest, I said, "It isn’t French, but it is excellent. It’s from Argentina, and goes well with the filet, which I always eat here and I suggest that you do, also."

Chavinian smiled, and nodded, saying, "I must try the Malbec, never having had it before."

When the Server returned with the wine, I nodded when he showed the label, he opened it, poured small amount in my glass, I tasted it and nodded, and he filled our glasses. I told him that we would both have the filet and that mine was to be rare, and I added my usual side dishes. Chauvinian ordered his filet medium and selected his side dishes, and the Server left.

We toasted each other, and sipped the wine. He complimented me. I smiled. And waited.

Eventually, he told his story. The original Chauvinian was a merchant. "He came from somewhere in Armenia. We never learned where, and traveled throughout Europe. Eventually, he settled in France, where the family has lived for many generations. His son liked France so much and wanted to be considered French, he dropped the ‘I A N’ from his name. Chauvin had inherited his father’s love of France [I realized that we had finally gotten to the famous ‘Nicolas’] that he joined the French Army as a devoted follower of Napoleon." He paused. I was busy eating the pickled cucumbers, and I smiled.

He continued. "You know the story, I am sure. He was so excessively praising Napoleon and everything French that he became ridiculous. So, after his death his son added the ‘I A N’ back onto the name with the hope that people would not think he was related."

The Server returned with our appetizers and the bread and butter. We toasted each other again, sipped some more wine, and began eating.

"It is all very interesting," I said, and added, "and I always suspected that Chauvin was Armenian, based on many Armenians I know and know of. But why did you join me and why are you telling me the family history, however fascinating?"

He hesitated, before replying, but he had a puzzled look on his face. "Although we are very French, we are also very Armenian."

"Our family. Yes. Our parents have always made sure that we learned about the Armenian heritage. We Armenians are the greatest people in the world. We are among the few people mentioned in the Bible who are still around. We have been conquered by many people and have been oppressed by many people, but we are still here. We were the first Christian nation." He paused, "and, of course, we survived the Genocide."

I had been nodding, so he said, "But, of course, you know all that."

"But, Monsieur Kevorkian, it is very simple. I think that what the Armenians need is an organization that will tell the world about the Armenians."

I almost choked on the sip of wine. "An organization? Another organization, you mean. Surely, you know that the Armenians have as many organizations as there are Armenians, and all of them have assigned themselves the role as the spokesman for the Armenians. Where have you been living?"

"I ask again, ‘Where have you been living?’"

"My family is still in Paris, but I have been traveling–in Europe, in South America, and now I have come to North America to see where I can form the organization. I have been traveling around this country, and I arrived here yesterday and I think that Philadelphia would be the right place, since this is, as the tourist center said, yesterday, ‘the most historic city in America.’ So, I think I will start here. Today, I was walking around the city, realized I was hungry, and came here, and here I am with you."

"And, when I heard your name, I realized that it was a good sign. You will help me tell the world how great the Armenians are."

"What is the measuring stick by which you have determined that the Armenians are great?"

"Yes, measuring stick. Your standards. If you tell people something like that, they will ask for some examples. Little things like Nobel Prizes, for instance, or science prizes, contributions to chemistry, medicine, physics. And literature. And Pulitzer prizes, in this country. Those sorts of things."

I thought it was his turn to almost choke on his wine. "But, you see," he managed, "that is the problem. Because we have not told the world how great we are, the world ignores us when it comes time to make those awards."

Since he was an uninvited "guest," I decided I had nothing to lose by insulting him. "That is plain stupid. An award is not given because someone says he is great. His achievements speak for him and he earns the award."

He stared at me in disbelief. So, I continued. "Name me some of your great Armenians who have made significant contributions to the advancement of the world and who have made the Armenians so great."

He said nothing, so I took another tack.

"I’ll grant you," I said, "that surviving three-thousand years is an achievement, but that doesn’t mean we are great. So, I would be very interested to see your list."

We had both finished our meal, by then, so I said, "I don’t eat dessert, but if you want something, please order it." I poured what was left in the bottle into our glasses, and raised mine and wished him luck.

"Well, then," he suddenly said, "my organization–our organization, if you will join me–will at least fight to get back our ancestral lands from the Turks. You will agree with me that that is a worthy purpose, No?"

"No," I said. "The Armenians can’t even run the little country they now have, how in the world will they manage a huge territory like the ‘ancestral lands’ you want the Turks to return? And, what will you do–what will the Armenians do–with the Turks and Kurds now living there?"

The Server came to clear the plates and asked if we wanted dessert. I said "No," and asked for the bill.

"That is the trouble with the Armenians," he said, much agitated, "and, especially, Armenians like you. What kind of Armenian are you? You should be ashamed of yourself. You are a disgrace." His agitation was growing. "You don’t want to tell the world how great we are. You don’t want our lands back. What is wrong with you?" He got up to leave.

"Perhaps," I said, "it may be because my name isn’t Chauvinian."

In his haste to leave me–and, no doubt, so as not to pay for the dinner or, at least, share the cost–he almost knocked down the Server with my bill. 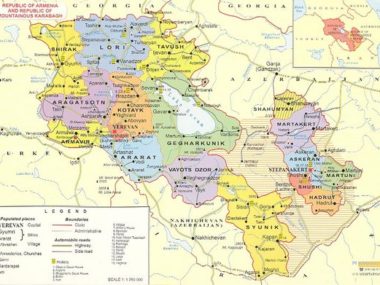 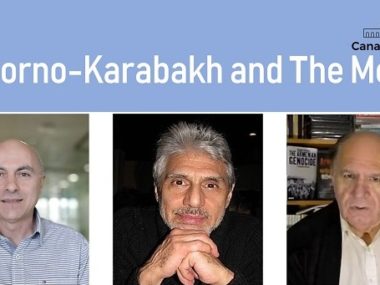 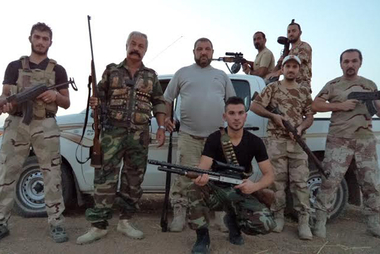 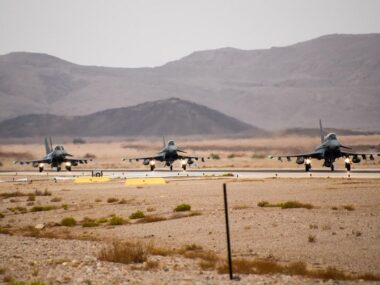