A candid talk with a friend about freedom

It’s May. It’s the month when we celebrate the independence of Armenia, the victorious participation of Armenians in the Second World War, and the liberation of Shushi, Artsakh.

Let’s not get carried away by ideological, political, personal interests and romantic patriotism. Except for the liberation of Artsakh what have we achieved in the three decades since the implosion of the Soviet system to be in a celebratory mood?

It’s freedom — freedom of speech, freedom of expression, you will most probably say. It’s what I will hear you loud and clear. But I can’t help to recall what the child asked Santa Claus through Zahrad the poet: “Tell me Santa, can we make flour from your beard?”

Tell me how did “freedom” benefit our average compatriot in Armenia? Was it because of “freedom” that close to one-fourth of the people “exported” themselves with a one-way ticket?

We can freely go to “our motherland,” you might say. Is that why you return to the good life in the West after a week or two of playing tourist in your homeland?

“We are masters of our destiny; masters of our country!” you will undoubtedly shout. Really? Rarely a day goes by when we don’t hear another young man has died in defence of the country. Is that how it was supposed to be?

“We are free to erect monuments of our heroes,” you might add almost completely neglecting the monumental complexes of Tsitsernakaberd, Sardarabad, Musa Ler, Mayr Hayastan and others which rose before the age of “freedom.” Have you ever wondered when they were erected?

Changing gear, you might talk about the advances in technology and related matters.

We will continue the chat next time.

The Crook on the Throne

Time and again we have heard nonsensical arguments equating the Armenian Apostolic Church with the crook sitting on the St Echmiadzin throne. Instead of addressing the accusations leveled against him, his misguided supporters parrot the same bankrupt mantra: “the Armenian Apostolic Church is sacred. Ergo, its leader is sacred and should not be criticized no matter how enormous his sins.

Most members of the Armenian Apostolic Church know the more egregious of Karekin II’s sins. Nevertheless, his supporters repeat the same comical, if not, inane defense of the man who became catholicos through blatant fraud. If he had an iota of integrity and love for his Church and people, he wouldn’t have accepted the undeserved honor. Since his “election”, the man has corrupted everything around him and seriously weakened our Church by pushing from the Church clergymen who had rejected his corrupt reign.

It’s almost comical: in their utterances, the so-called last line of defense, they avoid mentioning even the name of the crook. Is it because his name evokes resentment?

The farcical man reminds us of King Louis XIV of  France who declared “L’État, c’est moi” (“The state is me” or “I am the state.”)

When the supporters of the crook equate the Church with him they empower him to maintain “the church is me” or “I am the church.”

There are “sophisticates” and “men of the world”–some in leadership positions– who condone KII’s numerous shortcomings and justify their defence by saying “we all sin…these things happen…we shouldn’t agitate the waters.” By water they mean swamp. 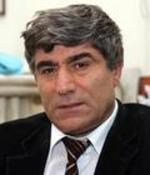 Read More
20 August 2018 Although Friday, August 17 was a working day, seventy compatriots–more than half young people and women–gathered…
Read More
0
0
0 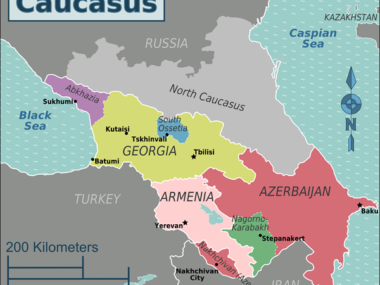