Since the soccer match between the Armenian and Turkish teams in Yerevan on September 6, 2008, diplomatic talks are conducted with an unprecedented pace about a resolution over Nagorno-Karabakh conflict. Following his return to Ankara, President Gul announced that he was under the impression that President Sargsyan was ready to return territories around Nagorno-Karabakh – areas that are currently under the control of Armenian forces. Armenian authorities did not refute the Turkish claim.

Sergey Lavrov – the Minister of Foreign affairs of Russia – after returning from his recent visit to Yerevan, provided an interview to the Russian newspaper Rossiyskaya Gazeta. He stated that the Armenian economy greatly suffered from the unresolved Nagorno-Karabakh conflict, because the borders with Turkey and Azerbaijan were closed. He went on saying that it was very important for Armenia to find a solution to the conflict. Lavrov, being the top diplomat of one of the three co-chair countries of Minsk Group, also told that the document for the resolution of the conflict is almost ready – only minor issues remain to reach an agreement.

It is worth mentioning Russia’s prior stance of always maintaining its acceptance of any resolution that was agreeable to all conflicting parties. However, after recognizing the independence of South Ossetia and Abkhazia, Russian authorities announced that they would acknowledge the territorial integrity of Azerbaijan. Another co-chair of the Minsk group, representative of USA Matthew Bryza also mentioned that the solution of the conflict is possible based on the territorial integrity of Azerbaijan. In addition to above announcements by various diplomats, Turkey actively participated in negotiations between Armenia and Azerbaijan. Furthermore, it was one of the players during the tripartite meeting in New York to discuss matters of common concern.

This was in contrast to previous tripartite talks in which Artsakh, Armenia and Azerbaijan were involved. Nagorno-Karabakh, then, was officially recognized as a party in its own right. Currently, however, instead of Nagorno-Karabakh Turkey appears to be holding “the third seat” in negotiations.   This trend is supported by both the West and Russia; and within this context it makes sense why the Council of Europe is so slow in its assessments of democratic principles and their implementation by the Armenian Government – an issue that was initiated after the brutal March events following the presidential election in Armenia.

Russia had always harbored intransigence towards development of any kind of cooperation between Armenia and its neighbors in the past. Whereas, today, Russia is interested in opening the Armenian-Turkish border. There are two interrelated reasons. First, after the recent war the border with Georgia was closed.  That effectively curtailed Russia’s access to its Army base in Gyumri, Armenia. The alternatives are through Iran, Azerbaijan or Turkey. The Iranian route is possible, but it is costly; furthermore it is not reliable because of the potential of USA striking Iran for its nuclear program. Thus, Russia is seriously interested in the other two options which may even materialize together. Incidentally, the Armenian railway network is run by the Russians and Armenia has railway access both to Turkey and Azerbaijan.

The second, and probably the overriding reason of Russia’s interest in opening Armenian-Turkish border is the possibility of developing pro-Russian stand in South Caucasus from Turkey and Azerbaijan. In return, Russia will agree to Azerbaijani-Turkish approach in resolving the Nagorno-Karabakh conflict. Prior to the Russo-Georgian war Armenia having a good neighbourly relations with Turkey was viewed as an impediment to Russia’s influence in South Caucasus; and stability in the region could lead to an alternative route for transiting resources to Europe. Following the war Russia found a window of opportunity of expanding its influence at the expense of Armenia.

What are Armenia’s options while dark clouds are gathering? If Armenians return the territories surrounding Karabakh then the security of Artsakh as well as its contacts with Armenia will be seriously damaged. It is rumored that international peacekeeping forces may be deployed instead of Armenian forces in the area; that does not preclude presence of Turkish Army units. What would Armenian’s reaction be?

Armenian lives were sacrificed to achieve a security zone sandwiched between Armenia and Artsakh. Expecting Armenia to return those lands, is asking almost the impossible. Is it illogical to counter such expectations by the demand of implementing the Sevres treaty when Azeris are expecting the return of territories through only diplomatic measures? Will the Armenian authorities muster the courage and resolve to oppose the grand players who are concocting a plan for capitulation?

Turkey has assumed the role of an “assistant” and has inserted itself into the fray. If the resolution supposes the return of Azerbaijani refugees to their homes in Nagorno-Karabakh, why the same right is not afforded to millions of Armenians to return to their ancestral lands in Turkey? Why Armenia doesn’t widen the scope of the diplomatic discourse, take advantage of a seemingly frustrating situation, and turn the tables against forces that are squeezing Armenia into a corner? After all, what is there to lose more than what already has been sacrificed?  Why are the Armenian authorities reacting to a situation, instead of forging long-term policies of their own?

Why Armenians have to agree to the return of only several thousand Azeri refugees back to Nagorno-Karabakh when there is no mention of three hundred thousand Armenians driven out of Baku, Gandzak or Sumgait? Why Armenians have to return any land to Azerbaijan while the Shahumyan district of Nagorno-Karabakh, the villages Getashen and Martunashen just north of Nagorno-Karabakh, as well as the enclave village Artsvashen belonging to Armenia remain under Azerbaijani control? If Russia, Turkey and the West insist on the territorial integrity of Azerbaijan even after the events of Kosovo, South Ossetia and Abkhazia, why Armenia does not recognize the independence of Artsakh?

Armenians all over the world are asking these questions and rightly so. The Diaspora is the only reliable partner that Armenia has. With its widespread contacts and untapped soft-power it will show its active unity with the Homeland and will be able to save Karabakh. Armenia has a unique opportunity today to bring in the Diaspora into play to counter the enormous pressure that it faces. All attempts to undermine that unity will fail.

Read More
Dr. Zareh Ouzounian, Armenian Renaissance, Toronto, 15 July 2014 There seems to be a wide consensus around the…
Read More
0
0
0

Read More
By Ercan Yavuz, Today’s Zaman, 06 December 2009, Sunday Turkey and Israel are currently going through one of…
Read More
0
0
0 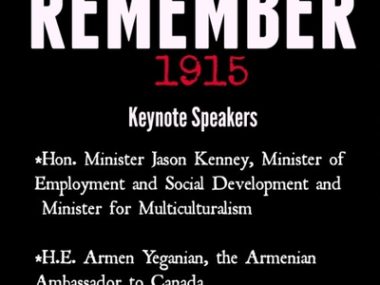 Read More
"One Free World International (OFWI) is an international human rights organization based in Toronto, Canada, that focuses on…
Read More
0
0
0 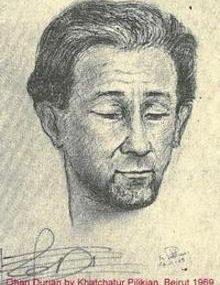 Read More
Composer and conductor Ohan Duryan passed away last night, at the age of 88, in Yerevan . The…
Read More
0
0
0