And whereto here forth?

"Stability presupposes slow, but steady, development of civil society; of economy; of affluence; of national security.
Armenia, contrarily, is experiencing a regression in most of these fields, if not all"

"Stability presupposes slow, but steady, development of civil society; of economy; of affluence; of national security.
Armenia, contrarily, is experiencing a regression in most of these fields, if not all"

"So where do we go from here?"  This was the recurring question that played itself over and over in my head throughout my recent three-month stay in Armenia.  I arrived in August intent on understanding the dynamics that dominated Armenian society in the wake of the presidential elections that ultimately culminated in death and social division, but I departed in October more confounded than before.  Soon upon arrival it became apparent to me that the opposition movement was running out of options and momentum.  I sensed a real divide amongst both family and friends with respect to choosing between the current regime and the prospective one to be had had the opposition succeeded.  I perceived a youth movement unable to wake itself from its own euphoric illusions about what role it currently occupied in society.  But most significant of all, it became apparent to me that the current administration was in fact intent on bringing about real reform.  There was only one caveat; this was to be achieved, for a lack of a better analogy, by shoving it down peoples’ throats.

Turning on the television in Armenia quite simply hurt.  Accustomed to switching from Fox News to CNN in an attempt to grasp a multitude of perspectives, some sound and others not, I was thrown into bewilderment by the absolute lack of dialogue on television.  While protests continued on a daily basis on Northern Avenue, on television one was only privy to what strides the authorities were making in bringing about reform.  As a rule, if the opposition was ever at all mentioned, it was in a negative light.  To be fair, certain television programs did express discontent with certain issues pertaining to society; however, such programs tipsy-toed on the edge of that fine line separating civic issues from broader political ones.  Reduced to its common denominator, I found this to simply be a sophisticated manner of pacifying the populous.  As far as the real political debate that existed in streets, living rooms, restaurants, and taxi cabs across the country, the media was at best oblivious to it all, or at worst downright deceptive.

On more than one occasion I observed local friends lower there voices to a pitch slightly above a whisper when critical of the administrations handling of the political scene.  I sensed uneasiness amongst students to engage one another in informed debate between the very real options available to them.  It seemed to me that this uneasiness stemmed from a fear of transforming warm and friendly relations into simply cordial ones.  To some, the opposition movement had failed to bring about the regime change they looked forward to.  Vocal at the time, that support has now found solace in the private conversations of like-minded folk, while silence usually reigns where opinions could differ.  To others, the government, while far from perfect, had successfully resisted an attempt at revolution by the man a significant portion of society still considers the architect of the very machine he now is attempting to take apart.  And yet for others still, there remained that small glimmer of hope for a fourth quarter Hail Mary pass – from some invisible quarterback to some invisible receiver – that would save the fading opposition and bring about a new day in Armenia.

There was the perspective that "at least this particular regime provides stability.  We know what we have."  Quite frankly, this to me reeked of slave mentality; fearing release from one captor out of fear of falling into the hands of another.  I have yet to understand what’s so stable about a nation facing a constant security threat underperforming its hostile neighbors in almost every significant category – militarily, economically, in foreign affairs, and even in achieving domestic accord.  Corruption remains rampant; the new tax "reforms" are forcing small businesses out of business, albeit – giving the government the benefit of the doubt – inadvertently; political prisoners are one by one being handed prison terms as opposed to being released; red berets and police in riot gear remain an intimidating everyday staple of central Yerevan; journalists expressing views contrary to the state face persecution on a daily basis; the list goes on….

Stability presupposes slow, but steady, development of civil society; of economy; of affluence; of national security.  Armenia, contrarily, is experiencing a regression in most of these fields, if not all.  Civil society has been stripped to its core due to March 1st; our national security is more of an issue today than it was five years ago; a significant portion of society remains impoverished and disenfranchised with no outlook for a better tomorrow; and economically, well, let’s just say that the construction boom has reached its climax. And in light of all this, the authorities are unapologetically, unbendingly unilateral in implementing their "reforms"; the members of the coalition propose the reforms, a legislature serving the whims of the executive votes on it, and a government controlled media shoves it down peoples’ throats.  Significant public discussions are curtailed to the best of the authorities’ abilities by maintaining constant intimidating military and/or police presence in the streets.  When something does happen – oh I don’t know…for example, a well-respected journalist is attacked with no provocation – one of the representatives of the government – oh I don’t know, like the prime minister maybe – suggests that the press is to be blamed for the attack, essentially suggesting that had they just kept their mouths shut, all these things wouldn’t be happening. Maybe we should ask the prime minister; "so where do we go from here?"

I ask myself this question still, and with mounting impatience at my inability to find satisfactory answers.  But those eleven weeks did in fact pose a partial answer to this question; my stay sufficed to at least illuminate the path the current authorities are paving for Armenia.  I doubt I want to follow that road. 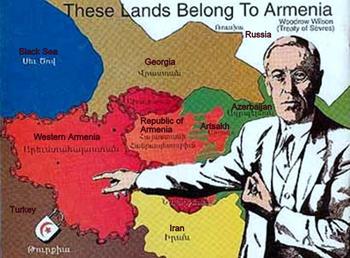 Read More
By David Boyajian, 6 May 2010 An Investigative Report: The Woodrow Wilson Center Desecrates its Namesake’s Legacy and…
Read More
0
0
0 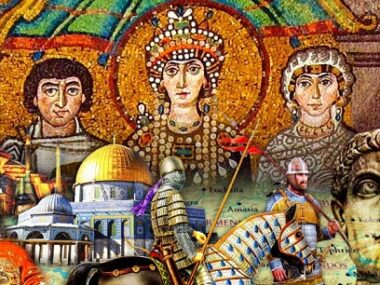 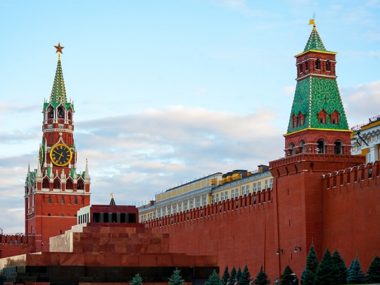 Read More
By Hovann Simonian, hetqonline, 26 July 2010 “Will the Armenian people survive the twin challenges of assimilation of…
Read More
0
0
0 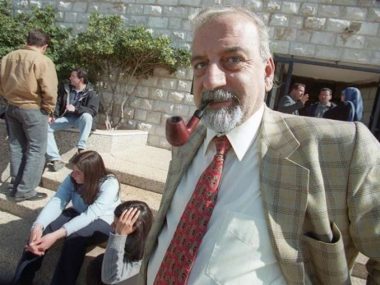 Read More
This Week in Palestine, February 2020 Albert Aghazarian For those who have not heard the name before, it…
Read More
0
0
0 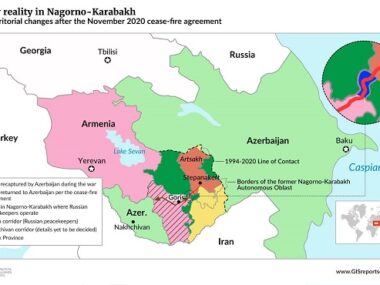