Anti-Defamation League the Big Bully on the Block

Like a recurring nightmare, the Anti-Defamation League is back, this time with over 100 billboards in Greater Boston promoting the group’s “anti-bullying” program. As we’ll see, the real bully is the national ADL. It has long conspired with Turkey – which bullies its ethnic and religious minorities, journalists, and dissidents – to deny the Armenian genocide of 1915-23 committed by Turkey, and to bully Congress into not bringing an Armenian genocide resolution to a fair vote.

Like a recurring nightmare, the Anti-Defamation League is back, this time with over 100 billboards in Greater Boston promoting the group’s “anti-bullying” program. As we’ll see, the real bully is the national ADL. It has long conspired with Turkey – which bullies its ethnic and religious minorities, journalists, and dissidents – to deny the Armenian genocide of 1915-23 committed by Turkey, and to bully Congress into not bringing an Armenian genocide resolution to a fair vote.

They said that due to its stance against Armenians the national ADL lacked the necessary credibility on human rights to sponsor an anti-bias program. The ADL’s anti-bullying curriculum suffers from a similar problem: A bully cannot credibly tell young people not to bully.

The national ADL still refuses to unequivocally recognize the Armenian genocide. While ADL director Abraham Foxman’s statement of August 21, 2007 used the word “genocide,” it also implied that the murder of 1.5 million Armenians was not intentional. For mass homicide to be genocide, however, the U.N. Genocide Treaty requires intent by the perpetrator. Fortunately, the Mass. Municipal Assoc. and several cities threw out “No Place for Hate” even after Foxman’s statement because they saw through his hocus-pocus.

Why had the ADL jumped into bed with Turkey? Jewish political commentators admit that in the 1990s Israel and Turkey, which then had excellent relations, made a deal: A few leading Jewish American organizations, including the ADL, would act, in effect, as Turkey’s lobby.

The ADL hasn’t denied its efforts against Armenians. Indeed, several years ago the U.S. Holocaust Museum’s chief of staff, William Parsons, told me that the ADL had been working against recognition of the Armenian genocide.

There’s also a troubling link between the ADL and the controversial American Israel Public Affairs Committee (AIPAC). The Jewish Daily Forward [Sept. 2, 2006] reported that AIPAC “quite actively supported Turkey … to prevent the so-called Armenian genocide resolution from passing.” And last year former AIPAC official Keith Weissman admitted to the Washington Times [June 8] that it had “lit up the phones” to defeat the Armenian resolution.

Incredibly, Derrek Shulman, the N.E. ADL’s new head, is a former “political director” of – you guessed it – AIPAC. It’s another disturbing sign that the ADL’s anti-Armenian policies remain essentially unchanged.

Many principled Jewish Americans have, however, asked the ADL to undo the damage it has done and support the genocide resolution. And several Jewish organizations such as the Jewish American World Service have supported the Armenian resolution. Jewish and non-Jewish genocide historians overwhelmingly recognize the Armenian genocide, as do the International Association of Genocide Scholars, 40 U.S. states (including Massachusetts), the European Union Parliament, more than 20 countries (including Canada, France, Sweden, and Argentina), the Vatican, and World Council of Churches. Yet the national ADL persists in its contrarian stance.

The ADL, of course, promotes Holocaust recognition and reacts vociferously against perceived acts of anti-Semitism. Yet it displays gross insensitivity by collaborating with a major human rights violator, Turkey, to block recognition of another ethnic group’s genocide. Can such an organization be trusted to design humane, fact-based programs, whether about anti-bullying or called “No Place for Hate”? The answer is obvious.

And suppose a school system adopts the ADL’s alleged anti-bullying curriculum. Sooner or later, students and parents will discover that it was created by a group that doesn’t practice what it preaches. Duplicity is not a value that schools should be teaching.

Moreover, ADL school programs are frequently taught by visiting ADL employees. They all know that the bullying Abraham Foxman fired Derrek Shulman’s predecessor, Andrew Tarsy, for finally deciding to say that the Armenian genocide is a fact. “If we stray from Foxman’s political line or tell the truth about the Armenian genocide,” ADL instructors must be asking themselves, “will we be fired like Tarsy was?”

Let’s be frank: The ADL has a political agenda. Fortunately, since every Massachusetts school district was required to adopt an anti-bullying curriculum by January 1, the state has many fine such programs that, unlike the ADL’s, aren’t politically motivated.

The anti-bullying billboards that Stephen Ross, president of Clear Channel Outdoor Boston Division, provides free of charge to the ADL should display the names of those other programs. Clear Channel should remove the ADL name and logo.

And is it fair that the PeaceofArt.org human rights group must pay for its two Clear Channel billboards about the Armenian genocide, while the hypocritical ADL gets 100 billboards for free?

Finally, if the anti-bullying movement is to be credible to parents and young people, it must disassociate itself from the ADL. If not, the movement will be seen to be as insincere and hypocritical as the ADL

The Anti-Defamation League’s billboards that have been advertising its version of an "anti-bullying" program are no different than its discredited "No Place for Hate" program that the Mass. Municipal Association and a dozen cities across Massachusetts cut ties with.

As the ADL continues to fail to unambiguously acknowledge the Armenian genocide, hurt Armenian-Americans, work against US recognition of that genocide, and damage the cause of genocide prevention, the ADL and its programs are not credible.

I agree with others that the ADL is a bully and a hypocrite.

Genocide is the worst crime in all of humanity.  That means that the ADL’s work against genocide recognition is a hate crime. The word genocide was coined by Raphael Lemkin, a lawyer of Polish-Jewish descent, to describe the annihilation of the Armenians.

I know that the ADL’s "anti-bullying" billboard in Watertown has been taken down.   But there are a lot more of those billboards in other cities.  They should be taken down too if the anti-bullying movement is not to make a joke out of itself.

**
I am disgusted that the Anti-Defamation League (ADL) just put up a billboard ad about "anti-bullying" on Mt. Auburn St. near Armenian-American stores and churches.
It’s the ADL that’s the bully, working with that other bully, Turkey, to deny the Armenian genocide (that Turkey perpetrated) and to defeat Armenian genocide resolutions in the U.S. Congress.
That’s why the Watertown Town Council threw out the ADL’s so-called "No Place for Hate" program in August of 2007, a shot heard around the world.
The ADL had no credibility then and still doesn’t, when it comes to human rights or morality. That’s why Arlington, Bedford, Belmont, Easton, Lexington, Medford, Needham, Newburyport, Newton, Northampton, Peabody, Somerville, Westwood and the Massachusetts Municipal Association also threw out "No Place for Hate."
The ADL and its hypocritical director, Abe Foxman, have still not unambiguously recognized the Armenian genocide, and they still lobby against Congressional genocide resolutions.
The ADL billboard ad must come down. It’s an insult to the citizens of this country and to the Watertown Town Council. Those who are concerned about human rights — for everyone, not just for a few — must insist on this.
The Town Council must send a strong message to the billboard’s manager, Clear Channel, to not provide space to a genocide-denying organization like ADL, whose morality is conveniently limited to whatever fits their self-centered political agenda.
Kamer Minassian, Watertown
**
Watertown gave the national Anti-Defamation League a strong message more than 3 years ago: you and your opposition to the recognition of the Armenian Genocide of 1915 – 23 are hypocritical and immoral, and you are unwelcome here.
Now I walk down Mount Auburn Street, and I see a huge advertisement by the ADL about "bullying." Looks like the ADL is poking its finger in Watertown’s eye as revenge.
Didn’t the national ADL get the message when more than a dozen cities tossed out the ADL’s No Place For Hate program because the ADL had lost all credibility on human rights? Didn’t the ADL understand that principled Jewish Americans were embarrassed by the ADL’s actions against Armenians?
And it still has not reversed its stance against Armenians. No organization that claims to believe in justice and human rights would ever sit down with a major human rights violator such as Turkey, as the national ADL has done, to cook up a plan to target a group, in this case Armenians, that suffered a holocaust.
Due to its sponsor, the billboard is offensive and not credible.
The ADL should take its act to a more appropriate place. I suggest Turkey.
Sincerely,
Vany Tashjian, Watertown
**
I, too, am appalled by the ADL billboard about bullying on Mt. Auburn Street.
The ADL and its national director Abe Foxman have no credibility when it comes to anti-bullying or any other program when they themselves, without justification, continue to bully Congress into not recognizing the Armenian Genocide.
While it’s OK to have a billboard against bullying and harassment, the ADL is totally unqualified to deliver that message.
Just as many cities and the Massachusetts Municipal Association tossed out the ADL’s "No Place for Hate" program, they should not be fooled by the ADL’s attempt to get back in using an anti-bullying program.
Neither young people, parents, teachers, nor school administrators will take seriously any lesson about bullying that is delivered by genocide deniers and hypocrites, namely Mr. Foxman and the ADL.
Lily Ordoubeigian, Watertown
Total
0
Shares
Share 0
Tweet 0
Pin it 0 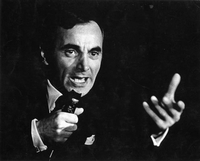 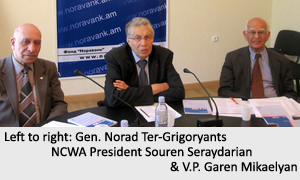 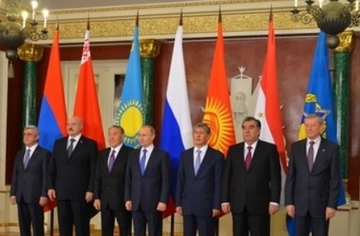