Are Armenians ready for recognition?

Approaching the 100th anniversary, recognizes the Armenian genocide – its decision embraced by the European community and the . The Armenian community meets the decision with surprise, then a few moments later – asks itself, "what next?"

Approaching the 100th anniversary, recognizes the Armenian genocide – its decision embraced by the European community and the . The Armenian community meets the decision with surprise, then a few moments later – asks itself, "what next?"

This moment may only be years from now. The decision that faces is not a decision of if, but when. is showing all the signs of preparing its population of eventual recognition.

You don’t think so? Well who would have thought following the murder of Hrant Dink, at his funeral, one hundred thousand mourners would march in protest of the assassination, chanting, "We are all Armenians".

Most recently, some 200 Turkish intellectuals have launched an internet petition about the genocide, saying that they are sorry. The text of their apology does not use the term genocide, but at least 27,000 Turks, from all walks of life, have signed the petition.

And, in 2005 Prime Minister Erdogan had first made the offer of a joint study between Turkish and Armenian historians in a letter to President Robert Kocharian sent on the eve of events marking the 90th anniversary of the start of the genocide. In his written reply,

Kocharian effectively rejected it and proposed instead the creation of a Turkish-Armenian inter-governmental body that would address this and other issues of mutual concern.

For many, the establishment of the joint study is seen as an opportunity for to deny the historical truth of the Armenian genocide. However, the study may also provide the Turkish Government the opportunity to allow a so-called independent body to make a difficult decision on its behalf. The Government can argue that recognition was not something they were forced, but merely recommended by this so-called independent body.

For , national pride is also at stake. Any recognition is highly unlikely to include reparations, exchange of lands, properties or the like, but more likely a formal apology, in effect meeting the needs of the Europeans and the , and possibly even the – but not necessarily for the Diasporan Armenian community.

And what then? A possible split of positions within the Armenian community, with some arguing for compensation (monetary or otherwise), the right of return, and claims to historical lands. No longer a united position, but a collection of different viewpoints.

Since visiting five years ago, I have seen this development of recognition not only commence but gather at accelerated pace.

No one should doubt the sophistication of Turkish diplomacy. For years as member of the EU threatened to veto the possibility of being granted entry to the club. Following a rapprochement between both nations, that threat is withdrawn. also was making similar declarations a few years ago; however, now having discussions on reunification with its northern neighbour, such matters are muted.

Rather than being an outside player in the past, has emerged as a pivotal player in the by the establishment of a Caucasus Stability and Cooperation Platform. It consists of five countries. These countries are , , , , and . Again, through its diplomatic initiative.

There are many who will argue that this scenario of recognition with no attachments will be an unwelcome one. They may argue that with open borders, would be avalanched by cultural influences from . Already the Turkish Radio and Television Organisation (TRT) is preparing for the new Armenian TV station, which will begin broadcasts at the end of 2009.

I would argue this presents the an opportunity for the first time to have normal relations with its largest neighbour, presenting significant trade opportunities. An opportunity for once and for all to lift its socio economic status to a more level playing field and compete with the rest of the world. It may have to deal with cultural influences, but isn’t already influenced by the region it is in?

Whatever the eventual outcome, one thing is for sure; the Armenian Diasporan leadership is on notice. For more than 90 years they have been able to effectively campaign from the same song sheet. Well the game has changed, and the time has come to reconsider its tactics and planning.

Further, both Armenian Diasporan organizations and the Armenian government need to consider establishing initiatives of their own to deal with the issue. For example, President Sargsyan’s invitation to President Gul to the world cup qualifier football match between and was a welcome one.

By taking the initiative, you are more likely to set the agenda, as has done with their proposed joint study and the Caucasus Stability and Cooperation Platform.

Armenians put simply need a new game plan or face the prospect of being caught off guard. 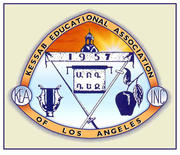 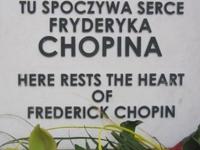 Read More
By Mark Arax,Salon.com, 16 June 2010 Some of the most powerful leaders in the American Jewish community have…
Read More
0
0
0 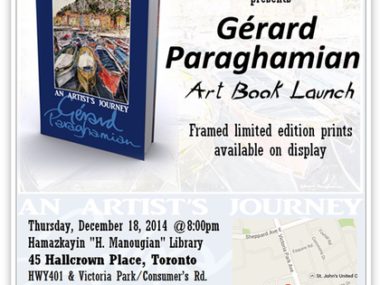