has placed Armenia 85th among 144 countries studied, including Armenia’s neighbors.

The study was conducted at a time when the global economy seems to be finally leaving behind the worst and longest-lasting financial and economic crisis of the past 80 years.

Much of the growth in recent years has taken place because of the extraordinary and bold monetary policies in the U.S, Japan, and the United Kingdom. Overall, growth prospects in advanced economies are better than they have been in recent years, albeit unevenly distributed.

has placed Armenia 85th among 144 countries studied, including Armenia’s neighbors.

The study was conducted at a time when the global economy seems to be finally leaving behind the worst and longest-lasting financial and economic crisis of the past 80 years.

Much of the growth in recent years has taken place because of the extraordinary and bold monetary policies in the U.S, Japan, and the United Kingdom. Overall, growth prospects in advanced economies are better than they have been in recent years, albeit unevenly distributed.

The U.S recovery seems to be well grounded with strong output and employment figures. In Europe many countries are now recording stronger growth, while others continue to suffer from weak growth, high unemployment, and financial fragmentation.

The components of determining competitiveness are grouped into the following main 12 areas by the World Economic Forum study:

Institutions – The institutional environment is determined by the legal and administrative frameworks within which individuals, firms, and governments interact to generate wealth. The importance of a sound and fair institutional environment has become all the more apparent during the recent economic and financial crisis and is especially crucial for further solidifying the fragile recovery.

Infrastructure – Extensive and efficient infrastructure is important for ensuring the effective functioning of the economy. Well-developed infrastructure reduces the effect of distance between regions by integrating the national market and connecting it at low cost to markets in other countries and regions.

Macroeconomic Environment – The stability of the economic conditions are important for business; therefore, is significant for the overall competitiveness of a country. The economy cannot grow in a sustainable manner unless the macroeconomic environment is stable.

Health and Primary Education – A healthy workforce is vital to a country’s competitiveness and productivity. Basic education increases the efficiency of each individual worker.

Higher Education and Training – Quality higher education and training is crucial for economies that wants to move up the value chain beyond simple production processes and products.

Goods Market Efficiency – Countries with efficient goods markets are well positioned to produce the right mix of products and services given their particular supply and demand conditions, as well as to ensure that these goods can be most effectively traded in the economy.

Labor Market Efficiency – The efficiency and flexibility of the labor market are critical for ensuring that workers are allocated to their most effective use in the economy and provided with incentives to give their best effort in their jobs.

Financial Market Development – An efficient financial sector allocates the resources saved by a nation’s citizens, as well as those entering the economy from abroad, to their most productive uses.

Technological Readiness – In today’s globalized world, technology is increasingly essential for firms to compete and prosper.

Market Size – The size of the market affects productivity since large markets allow firms to exploit economies of scale.

Business Sophistication – There is no doubt that sophisticated business practices are conducive to higher efficiency in the production of goods and services.

Although less-advanced countries can still improve their productivity by adopting existing technologies or making incremental improvements in other areas, for those that have reached the innovation stage of development this is no longer sufficient for increasing productivity. Firms in these countries must design and develop cutting-edge products and processes to maintain a competitive edge and move toward even higher value-added activities.

While all of the indicators described above are required for all economies, they will affect different economies in different ways. The best way for Armenia to improve its competitiveness is not the same as the best way for France to do so. This is because Armenia and France are in different stages of development.

Armenia is considered a Stage 2 development country. In a Stage 2 economy, as a country becomes more competitive, productivity will increase and wages will rise with advancing development. Countries will then move into the efficiency-driven stage of development, when they must begin to develop more efficient production processes and increase product quality. At this point, competitiveness is increasingly driven by higher education and training, efficient goods markets, well-functioning labor markets, developed financial markets, the ability to harness the benefits of existing technologies, and a large domestic or foreign market.

The Global Competitiveness Index has been used as an important tool by policymakers of many countries over the years. The Index has become widely

recognized as one of the key assessments of global competitiveness. Table 1 provides rankings of Armenia, Russian Federation, and Armenia’s neighbors along with names of the top six ranked countries.

Normally economic size of any country has direct relationship with different social and justice issues. Therefore, one needs to compare Armenian economy to other countries. U.S with gross domestic product of $16,800 billion (2013) is the largest economy in the world followed by China with $9,181 billion, and Japan with $4,900. Gross domestic product of Armenia in 2013 was only $10.5 billion, which makes Armenia as 120th country among 144 countries.

Gross domestic product (GDP) per capita is also an important indicator. In 2013, GDP of Luxembourg, Norway, and Qatar was $100,000. The U.S was at ninth spot with $53,100 and in comparison Armenia’s GDP per capita was just $3,200 with ranking of 100th place among 144 countries. Table 2 provides gross domestic product and GDP of Armenia and its neighbors.

In global market economy, different countries compete for providing services and goods to other countries and multinational corporations. Competitiveness of each country is measured by indicators in 12 different areas explained earlier. Institutions are the first indicator that needs to be considered.

Table 3 shows where Armenia stands in comparison to its neighbors as well as the U.S and Russia for different institutional indicators.

4. Public trust in politicians –– how is the ethical standards of politicians?

5. Irregular payments and bribes –– how common is it for firms to make undocumented extra payments or bribes?

6. Judicial independence — to what extent is the judiciary independent from influences of members of government, citizens, or firms?

9. Burden of government regulation — how burdensome is it for businesses to comply with governmental administrative requirements?

11. Transparency of government policymaking — how easy is it for businesses to obtain information about changes in government policies and regulations affecting their activities?

Results show that Russian Federation has the worst ranking among the seven countries shown with Iran being the close second. Between Armenia, Georgia, and Azerbaijan, it seems Georgia has the best rankings and Armenia the worst. Azerbaijan’s ranking of 46 for public trust in politicians are better that U.S’s ranking of 48. This may not be right base on the published incidents of abuse of power in Azerbaijan. Armenia’s worst raking is in related to the judiciary independence.

Numerous indicators are used to determine the overall rankings of each country. Table 4 provides Armenia’s ranking in selected areas. Results indicate brain drain is a major issue as Armenia’s economy is not capable to retain and utilize talents, which is the main cause of mass immigration.

Read More
Keghart.com team editorial, 31 May 2010 They tell us Turkey is changing for the better. They tell us…
Read More
0
0
0 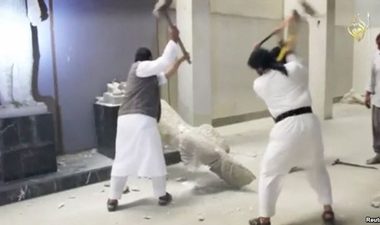 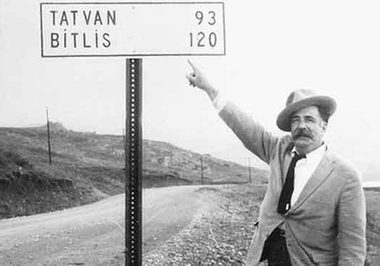 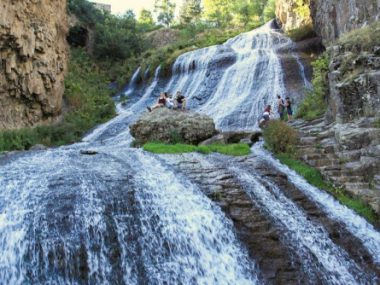 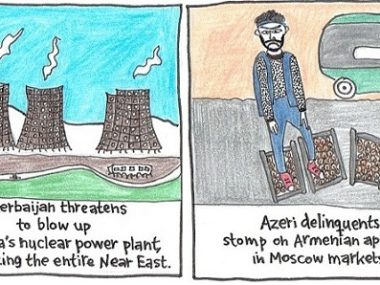