Unfortunately, the reality is worse than what the reports have portrayed. The challenges—internal and external–of the near 1,000-member community are far more numerous than cited in the press reports.
<– click on the image for a larger view
The internal problems are related to the St. James Brotherhood, the guardian of the Armenian Quarter, including the Armenian Convent, and the various holy sites in Occupied West Bank, Israel, and Jordan. Patriarch Torkom Manoogian has been a diligent servant of the Armenian Church for some 70 years, but at the age of 91 and battling various maladies, he is incapable of running the Brotherhood in an efficient manner. The latter, traditionally referred to as ‘Meeyapanoutune’ (unanimity) is described, these days, by people who follow the affairs of the Brotherhood, as ‘Unmeeyapanoutune’ (discord). In North American parlance, the Brotherhood boasts more chiefs than Indians.

Unfortunately, the reality is worse than what the reports have portrayed. The challenges—internal and external–of the near 1,000-member community are far more numerous than cited in the press reports.
<– click on the image for a larger view
The internal problems are related to the St. James Brotherhood, the guardian of the Armenian Quarter, including the Armenian Convent, and the various holy sites in Occupied West Bank, Israel, and Jordan. Patriarch Torkom Manoogian has been a diligent servant of the Armenian Church for some 70 years, but at the age of 91 and battling various maladies, he is incapable of running the Brotherhood in an efficient manner. The latter, traditionally referred to as ‘Meeyapanoutune’ (unanimity) is described, these days, by people who follow the affairs of the Brotherhood, as ‘Unmeeyapanoutune’ (discord). In North American parlance, the Brotherhood boasts more chiefs than Indians.
There’s no doubt that some irresponsible Brotherhood members have taken advantage of Patriarch Torkom’s relative incapacity to march to the beat of their own drummer. The Brotherhood is also divided into several factions resulting in discrete infighting. The acrimony between rival groups will probably intensify as the inevitable election for a successor to Patriarch Torkom looms.
Fifteen of the Brotherhood’s 38 members (six bishops and nine clergymen) serve in various overseas parishes. Ironically, while they are providing much-needed services to far-flung communities, their absence, and lack of adequate communication between the overseas group and the clergy in Jerusalem harm the unison of the Brotherhood.

But a more serious problem is the legal status of the Patriarchate. Thanks to our checkered history and the Ottoman laws of governance, the Patriarchate is an autonomous entity with its own by-laws. Although affiliated with the Holy See in Etchmiadzin, the Catholicos has no say in the affairs of the Patriarchate. Thus the Patriarch and the 37 members of the Brotherhood, who control one-sixth of the Old City of Jerusalem—the most precious and most fought-over real estate in the world—run Patriarchate affairs without oversight from the 9 million Armenians around the globe, including local Armenians.

The external dangers Armenian Jerusalem faces are more serious and numerous than the internal ones.

Prior to the Arab/Jewish war 1948, most of 16,000 Armenians in British Mandated Palestine lived in Jerusalem. Following the founding of Israel and the carving of Palestine, many Armenians left the region for safety and economic reasons. Another major migration wave followed the Israeli occupation of the West Bank in the Six-Day War of 1967.

The dwindling number of Jerusalemite Armenians has created a “demographic challenge” in the words of George Hintlian, Armenian historian and a former secretary of the patriarchate. As Alastair Macdonald of Reuters wrote recently, “Their [Armenian] society and extensive land holdings risk becoming collateral damage in a demographic conflict for land and power in the holy city between Israel and Palestinians.” Simply put, the Israeli government might move to confiscate Armenian lands because the 230-acre Armenian Quarter is barely occupied. In the past the Israeli government has made a habit of confiscating non-Jewish lands in the Old City and the rest of the West Bank.

Because of the small pool of marriageable mates, intermarriage with Christian Arabs has become fairly common. As a result of the Israeli Occupation, Armenian Palestinians have also been cut off their brethren in Syria and Lebanon. Because Armenians are an “orphan” minority, they face job discrimination from Israeli and Moslem Arab employers. Lack of career opportunities further fuels emigration.

As a result of Israel’s illegal annexation of East Jerusalem and the mushrooming of illegal Jewish settlements in and around the city, Greater Jerusalem now has a population of 750,000. Thus the 1,000 Armenians make up about 0.1% of the city’s population. As well, relations between Moslem Arabs and Armenians have cooled because many Moslem Arabs have, in recent years, chosen the fundamentalist-xenophobic path. Meanwhile, relations with Christian Arabs are poisoned by the traditional rivalry between the Armenian Patriarchate and the Roman Catholic and Greek Orthodox Patriarchates. The wealth, overseas political patrons and the number of their congregations (4,000 Palestinian Arabs) leave the Armenian Patriarchate and community at a disadvantage. Fights among the Armenian and Greek clergy at Christ’s tomb are familiar occurrences.

But most of the above perils pale when compared with the Israeli plan to apparently make the Old City exclusively inhabited by Jews. A recent tactic of this devious plan is to refuse residency permits or to confiscate the IDs of non-Jews who have no Israeli citizenship. Since the annexation of Arab East Jerusalem (including the Old City) in 1967, the Moslem and Christian inhabitants of East Jerusalem have lived in an identity limbo: they live in “Israel” but are not citizens. Now Israel is using this anomaly to confiscate the ID cards of Jerusalemite non-Jews to drive them out of Jerusalem, perhaps from the West Bank. In the past month, five Armenians have had their residency permits revoked, says Mr. Hintlian. Archbishop Nourhan Manoogian, former number-two member of the St. James Brotherhood, has had his residency challenged by the Israeli bureaucracy. Other victims of this new policy are Armenians who have returned to Jerusalem after a sojourn overseas. They, too, are facing residency problems. Israel says it is not obliged to grant re-entry to residents who have emigrated.

The residency permit ploy of Israel makes the Armenians vulnerable in a yet another way. Of the 22 members of the St. James Brotherhood, 10 are citizens of Armenia. As such, they can be threatened with the revocation of their residency permits anytime Israel wishes to put the squeeze on the Patriarchate.

Official Israel’s harassment of Armenians is augmented by harassment by ultra-Orthodox Jews, who have spat at Armenian clergy, pulled their crucifix and ‘veghar’ (cowl) and intimidated Armenians in general. These fanatics seemingly act as advance guards for the Judaization of East Jerusalem.

Yet another Armenian fear is that when and if Israel and the Palestinian Authority (PA) come to an agreement about the permanent status of the Old City, PA would gain sovereignty over the Moslem, Greek Orthodox, and Roman Catholic areas, while Israel would obtain the Armenian Quarter, in addition to the adjacent Jewish Quarter and the Western Wall. This is not a baseless fear: When some years ago President Clinton was acting as honest broker to bring the Israeli/Palestinian conflict to a peaceful resolution, he suggested that the Armenian Quarter be placed under Israeli sovereingty. Armenians prefer to be part of a future Palestine, fearing the community would disappear in the face of Israeli discrimination and encroachments, in addition to intimidation by ultra-Orthodox Jews.

Armenians of Jerusalem had reason to celebrate July 4 this year because Mahmoud Abbas, president of PA, handed US special envoy George Mitchell a list of proposals for reaching a peace agreement with Israel, which included leaving the Jewish Quarter and the Western Wall under Israeli control. The rest of Jerusalem, including the Armenian Quarter, would become the capital of Palestine, according to Mr. Abbas.

However, a few days later Jerusalem’s Planning and Building Committee announced that it’s ready to approve an unprecedented master plan that calls for the expansion of Jewish neighbourhoods in East Jerusalem, a move largely based on construction on privately owned Arab property. ‘Ha’aretz’, a leading Israeli daily, said, “The plan creates a spate of bureaucratic obstacles for Palestinians who wish to build in the city…thickens the Jewish presence in the city.”

Many of the threats Armenian Jerusalem faces are intractable. Many are beyond the control of the Patriarchate and the tiny community because these challenges are linked to the Arab-Israeli conflict. For example, if the Abbas proposal is accepted, Israeli encroachments on Armenian lands would vanish; so would ultra-Orthodox Jewish harassment. The creation of a Palestinian State would end the isolation of the community whose members will once again be in contact with Armenians living in the Arab Middle East. Following such a development, it would be safe to assume that intermarriage with Christian Arabs would decline as Armenians marry fellow Armenians from Arab countries. Perhaps such a welcome change would once again encourage Lebanese and Syrian Armenian young men—a traditional source for Jerusalem clergy—to join the St. James Brotherhood, which in recent years has depended on novices from Armenia to replenish its ranks.

While changing the autonomous status of the Patriarchate is impossible at the present time, Diaspora Armenians who send donations to the St. James Brotherhood, to Sts. Tarkmanchats School and to other charities could demand an accountable, transparent, and responsible management of the Patriarchate. At the present time, the Patriarchate meets its expenses through rents from its properties and from Diaspora donations. One also hopes Patriarch Torkom’s successor will be a strong and politically astute leader who will bring into line irresponsible Brotherhood elements.

Another positive development would be the establishment of an Armenian Embassy in Israel. While a resolution to the Arab/Israeli conflict remains in suspension, an Armenian ambassador “can keep an eye on our rights,” according to a long-time observer of Armenian Jerusalem. 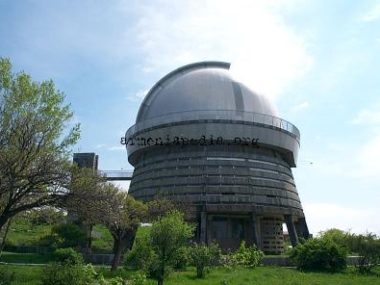