He was only two years old when his feet first trod upon the distant shores of the "lucky country", marking the end of a traumatic trek that had dragged the family all the way from the land of the Pharaohs, but Artin Etmekdjian has never looked back.

And now, a lifetime later, as he sits in his new office, at city hall, contemplating the culmination of a dream he has long held, Artin is gearing up to meet a new challenge.

He was only two years old when his feet first trod upon the distant shores of the "lucky country", marking the end of a traumatic trek that had dragged the family all the way from the land of the Pharaohs, but Artin Etmekdjian has never looked back.

And now, a lifetime later, as he sits in his new office, at city hall, contemplating the culmination of a dream he has long held, Artin is gearing up to meet a new challenge.

As the newly elected mayor of the City of Ryde, near Sydney, Artin will have his work cut out for him. He is the first Armenian in Australia to hold such a position, but he has no time to sit on his laurels. His in-tray is already overflowing with "things to do."

Artin’s election bolsters the growing strength and prestige of the Armenian entity in the Australian political arena where Joe Hockey (deputy leader of the Federal opposition party), Gladys Berejiklian (New South Wales shadow state transport minister) and fellow town hall councillor Sarkis Yedelian, have ventured, with the cheers of the electorate resounding in their ears.

Acutely conscious of his Armenian heritage, Artin nonetheless considers himself a true blue Aussie, proud citizen of a free country that has received him in open arms and that has provided a safe haven for hundreds and thousands of lost seekers of greener fields.

"I acknowledge my place of birth; however I am very grateful to my parents for selecting Australia as the family’s eventual home and therefore consider myself as a proud Australian of Armenian heritage," he tells me.

Artin is confident that his election will impact on Armenians in Australia, especially young people, by encouraging them to be more involved in community life, and that "no matter where an individual may come from, success in Australia can be achieved – through hard work, patience and persistence."

He is brimming with confidence, determined to usher new winds of change and best serve the community that has accorded him the honor and privilege of mayor.

"I have always been driven by a desire and passion to serve the community and be an agent for positive change," he says.

With his cheerful countenance and avuncular bearing, Artin comes out as approachable and amicable but the appearance of docility does not mask the steel will that has seen him propelled to the seat of power he now occupies.

"Any community leader position will always require tough decisions, but most importantly the decision maker must stand on principle, and be fair and equitable in making the final decision," he says.

His constituents include 6,000 to 8,000 Armenians, scattered among a colorful multicultural mosaic made up mostly of Chinese, Koreans and Vietnamese, with about 40% of them immigrants and some 60% with at least one parent born overseas.

For Artin, it is of paramount importance that the ethnic consciousness adapt to the values of the Australian way of life, and for the community to "work harmoniously and achieve greater integration and assimilation."

Many migrants promptly change their names upon arrival in Australia, opting for anglicized versions that come closer to the ethnic original, although most stop short at attempting to transmogrify their patronymics or family names.

But Artin has eschewed this expedient.

"I believe your name is sacred, at that it actually shows your heritage and should never be tampered with unless one’s life is threatened," he stresses.

Although it is generally acknowledged that Armenians tend to vote Labor in Australian elections, Artin is convinced that they are ready to cross the floor to throw their support behind a compatriot, regardless of their political views.

The number of Armenians in Australia, mainly immigrants from the Middle East, has risen to 40,000. Of these, more than three quarters have settled in New South Wales. The ingathering has been propelled by the unsettled political and military situation in the Arab world. Here in Australia, on the verdant shores and among the hospitable true blues, they have found a second home where they can sleep deep o’nights, without the fear of being the random target of a sniper or a suicide bomber.

In their newly adopted home in this State, Armenians have created a vibrant nucleus, complete with youth clubs and Saturday schools, concentrated mainly around the capital city, Sydney’s, verdant north shore, with the City of Ryde attracting a faithful following.

Artin has grand plans aimed at further helping develop Ryde, making it more attractive as the place to work and live in. He cites as an example a recently opened multi-stage shopping center that ranks as one of the most ambitious in the region.

From time to time, despite his preoccupation with his current mayoral mandate and the demands of his job, Artin’s thoughts hover around the city of his birth, Cairo. And although he was too young to remember life there, he still feels a strong kinship with Egypt, and has been back there twice to visit with members of his extended family.

Perhaps, one day, when times are more auspicious, city hall might even envision strengthening the ties between Australia and Egypt, with some sort of twinning agreement, a "sister city" relationship.

But such a step would require careful consideration.

"My belief is that any relationship of this nature must be dealt with caution – firstly, due to the costs involved and ultimately, the importance of the relationship being beneficial to both parties.

If the occasion arises that the above is satisfied with an Egyptian city, the matter would be considered," he says.

Right now, he has more compelling tasks at hand. Championing accountability and transparency, he intends to be a team player, his aim in life to be able "to live a full life and give more to the community than I have been given myself."

Artin makes it a practice to speak Armenian at home with his wife Nora. But will his children do the same?

"Whilst I and Nora have not been blessed with children and we must acknowledge the diversity of the Australian community, the main factor for young couples is that they love, respect and enjoy each others company, as well as acknowledging their respective cultural backgrounds," he notes.

Artin agrees that the Armenian church continues to act as the ultimate, unquestionable bond that unites all Armenians, all over the world.

"As the first nation to accept Christianity as a State Religion, the church has played an enormous and important role in the life of all Armenians. I strongly believe that to be the case, and will always fully support the Armenian church," he declares.

And the exquisitely rich and diverse culture, history and traditions of his people, add just the extra pinches of spice that gives Armenians, the ultimate survivors, their everlasting presence. 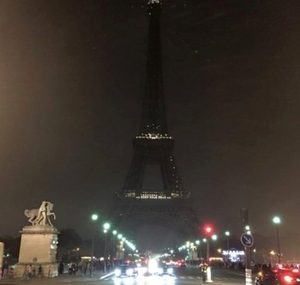 Read More
October 11, 2016 Dear Keghart reader, The profusion of comments to Keghart's Adieu indicates that the adieu is…
Read More
0
0
0

Read More
Correspondent, 12 July 2015 Global geopolitical quakes of the past 35 years and their impact, especially on the…
Read More
0
0
0 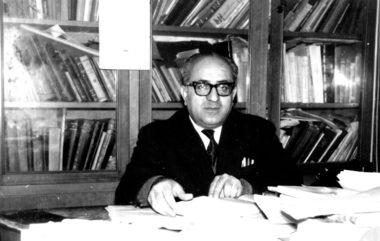