Hidden Armenians are the present generation descendants of Armenian orphans left behind in Turkey after the 1915 Armenian Genocide. These orphans, the living victims of the Genocide, were forcibly assimilated, Islamized, Turkified and Kurdified in state orphanages, military schools, Turkish and Kurdish homes.

In recent years, it has become apparent that they did not forget their Armenian roots and secretly passed them on to the next generations. In the early 2010s, almost 100 years after the Genocide, certain events in Turkey triggered the hidden Armenians to have the courage to openly reveal their original Armenian identity in large numbers and return to their Armenian roots, language and culture. The most significant event triggering this new phenomenon was the 2011 reconstruction of the Surp Giragos Church in Diyarbakir/Dikranagerd, which acted like a magnet bringing the hidden Armenians together from various regions of Turkey.

The planning, fundraising and reconstruction of the church were followed by other events, such as piano concerts at the church, Armenian language classes, cultural events and conferences, Centenary Genocide Commemoration, and more critically, several organized trips to Armenia for hidden Armenians from Diyarbakir, Dersim, Van, Mush, Sasun, Urfa, Gaziantep, Istanbul and Hamshen regions of Turkey. In cooperation with the Armenian Ministry of Diaspora, hundreds of hidden Armenians were taken to cultural and historic sites in Armenia further encouraging their return to Armenian roots, language and culture, and in some cases also to get baptized into Christianity. All these activities were organized under the umbrella of the Project Rebirth initiative, which helped create a vast network of thousands of hidden Armenians, connected to me and more importantly to one another. For the past few years, I tried to explain the significance of the re-awakening of the hidden Armenians and Project Rebirth in numerous articles, and also a new book, to Armenians in Armenia and the Diaspora.

Once the hidden Armenians come out and openly declare their Armenian identity, they face many difficulties, dangers and threats in Turkey, surrounded by a hostile state, neighbors, employers and sometimes even their own families who wish to remain Islam Turks or Kurds. Their situation has become even more precarious in the last three years due to military clashes between the Turkish state and Kurdish militants who demand increased rights. The Turkish government forces occupied the newly reconstructed Surp Giragos Church and started using it as an army base, resulting in much damage to the altars and the interior of the church. In 2016, the government also expropriated the deeds of the church and more than 200 other properties belonging to it. The Surp Giragos Church Foundation immediately appealed the expropriation legislation to higher Turkish courts and was successful in reversing the expropriations and is now again the legal, rightful owner of the church and its properties. After numerous meetings with Turkish government officials, the Church Foundation also convinced the state officials to repair all the damages done to the church during the military occupation of the church, at state expense. In March 2019, the government called tenders for the repair work and the reconstruction of the church has now resumed. During these clashes in southeastern and eastern Turkey, along with the local Kurdish population, thousands of hidden Armenians also lost their homes and jobs. However, the hidden Armenians have survived despite all the risks. Instead of organizing Armenian classes, cultural events and trips to Armenia, Project Rebirth has tried to help by providing legal, financial, relocation, resettlement support to the suffering hidden Armenians.

Significance of Hidden Armenians for the Republic of Armenia and Armenians 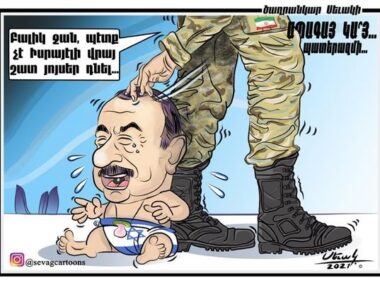 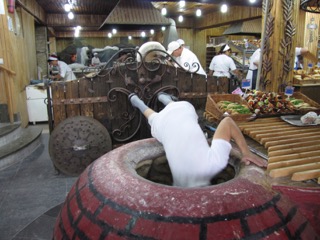