The big lie of the U.S. war on global terrorism

Millions of illegal aliens swarm across our borders, yet little is done to stop them.

As homicides in big cities soar, police departments are being defunded.

Such destructive domestic policies remind us of this destructive foreign policy: Successive administrations and the State Department have often shut their eyes to international terrorism and even covered it up.

As the 20th anniversary of 9/11 and America’s Global War on Terrorism looms, this fact shocks the conscience. It also endangers the homeland and our military men and women overseas.

We’ll prove that Turkey and Azerbaijan remain among the most egregious sponsors of international terrorist organizations and that the U.S. covers for those countries.

Ahmet S. Yayla, Turkey’s counterterrorism chief from 2010-13, has acknowledged that Turkey “was a central hub for … over 50,000 ISIS foreign fighters, and the main source of ISIS logistical materials [including] IEDs, making Turkey and ISIS practically allies.”

In “Turkey: A state sponsor of terrorism?” (May 28), Phillips wrote that if a “non-NATO country behaved like Turkey, it would warrant designation as a State Sponsor of Terrorism,” like Iran and North Korea.

He also describes Turkey’s sending of terrorist mercenaries (including from some of the organizations listed above) into Azerbaijan against Armenian-populated Artsakh/Nagorno-Karabagh in 2020.

In 2014, the New York Times reported Western intelligence officials were tracking the ISIS oil shipments into Turkey and that Turkey had failed “to help choke off the oil trade.”

In January and July, the U.S. Treasury Department identified Turkey as a financial base for ISIS and al-Qaida. However, the U.S. has penalized only some Turkish individuals and companies, not Turkey itself. Regardless, the effect has been minimal.

In the early 1990s, Azerbaijan — with Turkey’s help — recruited Mujahedin, Pakistanis, and others to attack Armenians.

Al-Qaida cells in Baku helped to carry out the 1998 bombings of U.S. embassies in Kenya and Tanzania. A dozen Americans and 212 others died.

Throughout 2020, Azerbaijan deployed thousands of terrorist mercenaries against Armenian-populated Artsakh and Armenia. Turkey had transported them from Syria and Libya.

The independent, U.K.-based, Syrian Observatory for Human Rights has confirmed Azerbaijan’s using such mercenaries,numbering in the thousands, with 145 dead.

Columbia University’s Institute for the Study of Human Rights has identified the chief commanders, including Fehim Isa of the Sultan Murad Brigade, and their organizations — many of them murderers, rapists, kidnappers and desecrators.

As a result, 100 bipartisan members of Congress (2021) and the European Union Parliament (2020) have condemned Azerbaijan and Turkey.

Azerbaijan is also violating the U.N. Convention against the Use of Mercenaries, which it signed in 1997. In November, the U.N.’s Working Group on Mercenaries excoriated Turkey and Azerbaijan. However, the U.N.’s leading member has refused to raise this issue.

Candidate Joe Biden pledged to “rally the world” against “transnational terrorism.” Yet the White House has done nothing about Azeri terrorism. Armenia, incidentally, is the only country in that region with no ties to international terrorism.

We’ve let our government make a farce of the GWOT.

Her “answer”? She’d discuss it only “in another setting,” as if Menendez’s assertion wasn’t already public knowledge.

At a 2016 public forum in Cambridge, Massachusetts, I quizzed then-U.S Ambassador to Armenia Richard M. Mills about Turkey’s support for ISIS.

I also mentioned that I would be distributing David L. Phillips’ “ISIS-Turkey Links” study to the audience.

Mills angrily denied any and all ties between Turkey and ISIS or similar groups. Like Nuland, he covered for Turkey.

We know Mills lied because in 2014 Vice President Biden told his Harvard audience that Turkey and others had been giving “hundreds of millions of dollars [and] tons of weapons” to Al-Nusra, al-Qaida and ISIS.

Just after 9/11, then-U.S. Ambassador to Azerbaijan Ross L. Wilson spoke at Harvard before a small group that included me.

I grilled him about a study on Azerbaijan being a terrorist hub.

Wilson angrily denied it all, even though the State Department had publicly acknowledged that al-Qalda in Azerbaijan had helped to carry out 1998’s American embassy bombings.

The State Department apparently believes that terrorists are acceptable if they’re backed by a NATO member (Turkey) or a country (Azerbaijan) with sundry gas and oil fields.

The relative silence of Americans and American organizations who favor a strong military, declare their opposition to terrorism and lay claim to the religious high ground is similarly hypocritical.

Let us speak up and take action — or become complicit.

David Boyajian’s primary foreign policy focus is the Caucasus. His work can be found here. 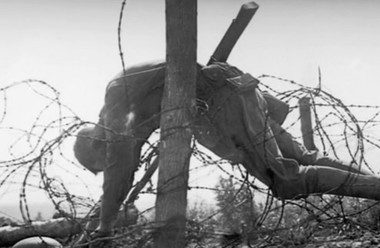 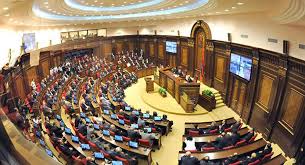 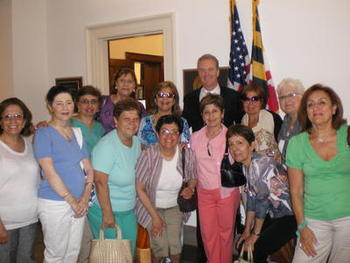