Bracing for Part II of Our Existential Battle

When a crime is committed human nature and civil society everywhere demand that the criminal be arrested, judged, convicted and sentenced. This fundamental aspiration has been the engine of the Armenian national movement in the course of its campaign for the recognition of the Genocide of Armenians by Turkey. We have—individually and collectively, in Armenia and in the Diaspora—invested a large portion of our time, money and effort to prove to the international public and its political representatives that Turkey committed genocide against its Armenian citizens.

When a crime is committed human nature and civil society everywhere demand that the criminal be arrested, judged, convicted and sentenced. This fundamental aspiration has been the engine of the Armenian national movement in the course of its campaign for the recognition of the Genocide of Armenians by Turkey. We have—individually and collectively, in Armenia and in the Diaspora—invested a large portion of our time, money and effort to prove to the international public and its political representatives that Turkey committed genocide against its Armenian citizens.

Artwork by Karekin Dikran
Believing in the judicial and logical progression enunciated in the first paragraph, we have assumed that once we have proved the veracity of the genocide, Turkey would automatically be branded race killer (genocidier) by the international community. This victory, we have believed, would force Turkey to admit its crime and make restitutions. We have been vague about the last goal: Would Turkey be forced to make financial compensation? Would it be forced to return Kars and Ardahan? The Six Villayets? All of Western Armenia? Concentrating on the recognition, rather than on restitution, was wise strategy. To have made demands before international recognition would have scuttled our genocide-recognition campaign. Of course, Turkey knew our final goal, that’s why Ankara has fought tooth and nail our genocide recognition efforts.

Now that many, if not most, Armenians believe that we have gained sufficiently-widespread recognition around the globe (twenty-two states, many parliaments, most of the American states; provinces, regions, cities around the world, in addition to media acknowledgement), we are witnessing nascent Armenian discussions to take Turkey to the International Court in The Hague. Armenians, at least in the Diaspora, would like to see Turkey convicted for the crime of genocide and be forced to apologize and make concrete restitutions. The North American phrase is apt here: “Sorry and 50 cents will not get you a cup of coffee”. Turkish apology will not do. Turkey knows that an apology would not clean the slate. Ankara knows our ultimate goal is restitution.

–Almost all the states which have recognized the Genocide of Armenians have made a point not to mention Turkey in their resolutions.

–With few exceptions, Genocide resolutions have not drawn a link between acknowledgement of and reparations or territorial concessions on Turkey’s part.

–Eight years ago, the much-reviled and eventually failed Turkish Armenian Reconciliation Commission (TARC) sought the views of the International Centre on Transitional Justice in New York on the question of legal responsibility for the Genocide. An opinion drafted by independent counsel stated:

“The Genocide Convention contains no provision mandating its retroactive application. To the contrary, the text of the Convention strongly suggests that it was intended to impose prospective obligations only on the States party to it. Therefore, no legal, financial or territorial claim arising out of the Events [of 1915] could successfully be made against any individual or state under the Convention.”

–The same counsel also wrote: “Nobody but Turkey can invoke international law before the International Court of Justice in order to claim the right to compensation for the genocide of the Armenians, something it is hardly likely to do.”

–The recent U.S. congressional committee and Swedish Parliament’s resolutions, as in most other jurisdictions, were explicitly non-binding. Even if in the unlikely case the U.S. Congress and President Obama recognize the Genocide of Armenians, it wouldn’t follow that Washington would demand that Turkey make any restitution. It seems laws of morality that apply to humans do not apply to states–entities that supposedly represent human beings.

In addition to the above gigantic hurdles on our path, we have to tackle the Treaties of Moscow and of Kars (1921) which define the current border of Armenia and Turkey. We have to declare those two treaties as illegal since Armenia was not a signatory to them. The 1920 Treaty of Sevres, which awarded Armenia a substantial part of eastern Anatolia, was not ratified, although legally it remains in force. We have to revive Sevres.

The government of Turkey knows about the obstacles we face as well as we do. Turkish diplomacy has always been far-sighted about the titanic conflict. Since we have spent, in the past four decades, so much of our energies to gain Genocide recognition, Turkey hopes we would be too exhausted and financially spent to engage in a new and prolonged battle for restitution. Turkey is also aware that the first phase of the battle has been waged largely by the second-generation of genocide survivors. Ankara believes that the third generation would not possess the same commitment to the cause because it would have gradually assimilated in the Americas, in Europe, and in Australia.

When Armenians talk of the return of lands, their dominant thought is that justice should triumph: that historic Armenia should be returned to us because it is ours and because 1.5 million innocent Armenians were martyred. While justice is on our side, there’s even a more important reason that Turkey return a significant portion of historic Armenia to the Republic of Armenia (ROA). Present-day Armenia is not a viable state. Its present size, location and borders guarantee that it never becomes anything other than an international welfare state, depending on the kindness or self-interest of other states. Armen Ayvazyan, director of the Yerevan-based “Ararat” strategic institution, was painfully accurate when he pointed out that to become a viable state ROA needs if not the entirety of Armenia (350,000 sq. km.) then “at least a substantial piece of it, such that the safe and long-term existence and development of Armenian civilization can be secured.” Poetically, painfully and accurately, Ayvazyan described ROA (29,800 sq. km.) as a “lonely castle”.

Ayvazyan’s words should make an indelible mark on Armenians, particularly on Armenian leaders and organizations as they gear up for the second phase of our battle with Turkey. And as they draw the blueprint for strategy for restitution/compensation, they should find the legal arguments to combat the status quo—the international laws and conventions which stand between us and our just demands. Laws are written by men. What man has written, man can re-write. Laws are not carved in marble. Laws are not eternal Ten Commandments.

We have arrived to our moment of truth. We are facing our existential issue. We either succeed in this sacred mission or face the possibility of a vanishing Diaspora and a desiccated Armenia—the Sick Man of the Caucasus.

Related Articles
Justice for the Armenian Genocide—a New Era
Universal Declaration of the Rights of Peoples
Thank you Nalbandian, Thank you Davutoğlu 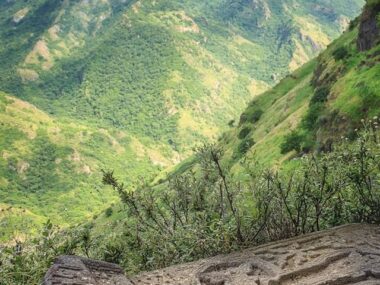 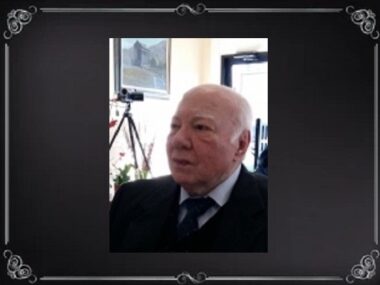