A fascinating undated recent letter, written by William Darfler, the Brantford researcher who discovered the story of

the WWI Kapuskasing internees,  has come to Keghart.com's attention. In his letter to several interested parties, Darfler raises doubts about the identity of the Kapuskasing internees and the people buried in the northeast corner of Brantford's Mount Hope, thus negating the previously espoused notion that they were Turks. Furthermore, in reference to false statements made by some media outlets in Turkey, he states, "the men sent to Kapuskasing from Brantford were not 'slaves'".–Editor

Recently, it has been made clear to me that there are some major misconceptions being circulated with respect to the Canadian First World War Internment and the "Turks".

A fascinating undated recent letter, written by William Darfler, the Brantford researcher who discovered the story of

the WWI Kapuskasing internees,  has come to Keghart.com's attention. In his letter to several interested parties, Darfler raises doubts about the identity of the Kapuskasing internees and the people buried in the northeast corner of Brantford's Mount Hope, thus negating the previously espoused notion that they were Turks. Furthermore, in reference to false statements made by some media outlets in Turkey, he states, "the men sent to Kapuskasing from Brantford were not 'slaves'".–Editor

Recently, it has been made clear to me that there are some major misconceptions being circulated with respect to the Canadian First World War Internment and the "Turks".

I thought I would make available to you a report written shortly after the First World War by Robert Coats, who was Canada's first Dominion Statistician, founder of what became StatsCan. It was written as a chapter in a six volume work on the Great War, published between 1918 and 1921. I've attached a précis of that chapter.

As you can see, the men sent to Kapuskasing from Brantford were not "slaves". They were treated well, paid a rate that compared fairly well with their wages at the foundry, had a roof over their heads and three meals a day.  At "Kap" they were building an Agricultural Experimental Station, useful work. Before the men were shipped from Brantford, they were completely broke and destitute, literally starving.

Personally, I don't think Brantford, or even Canada, needs to be awfully ashamed as far as the internment of this particular group of men is concerned. Yes, one man died during the year and a half they were interned. But, there were five deaths from that community in 1912, and two more in 1913! It looks like camp was safer than the foundries.

I think that R. H. Coats can be believed. Canada needs to apologize for many things, but it's just possible that the "Turkish Internment" isn't one of them.

As the war progressed, the realization of the ramifications of enemy intrigue and of the menace inherent in the presence of large numbers of  [foreign] nationals in Canada intensified. But the immediate spur to action [to institute an internment program] was the growing unemployment and resulting destitution and unrest among the aliens themselves. It will be remembered that the first effect of the war upon Canadian industry was to deepen a depression already widespread as a result of the cessation, in 1913, of the almost continuous expansion and "boom" through which Canada had for a decade been passing. Ultimately the heavy orders for munitions which the war brought to Canadian manufacturers transformed the situation into one of renewed and intense activity. But, for the opening months of the war, the labour market,  relieved though it had been by the enrolment of the First  Contingent, passed from stage to stage of increasing  stagnation. Naturally the labourer of enemy nationality was the chief sufferer. He was the first to be dismissed when business slackened, and as the numbers of unemployed increased there emerged a new and pressing danger in the bands into which he congregated-though want rather than sedition was always the prevailing note.

As already stated, a large number of the prisoners had been apprehended on the score of lack of work and destitution rather than for any action of a hostile character, and, when the general industrial situation revived, the basic reason for their detention vanished.  The policy was accordingly adopted of releasing all such prisoners as soon as steady work could be assured them.  The first pronounced call for men came from the coal mines and the railways, but the rebound of manufacturing under the stimulus of war orders soon diffused the demand throughout almost the entire field of employment.  Within six months the numbers of the interned were cut in half.

The feature that par excellence marks off the operations from all others of a similar kind lies in the status of the prisoners. They are not prisoners in the civil sense, but are "prisoners of war," and entitled to the privileges of such under the Hague Rules. In other words they are not to be regarded as criminals or convicts, their detention being essentially a measure of security and not of punishment. As a general principle, the subjects of  an enemy state

who may be travelling or resident in the  country on the outbreak of war are not liable to arrest or  detention, though a declaration of war between two  nations makes every citizen of the one an enemy of every  citizen of the other. It is only under the reservation that a state at war may undoubtedly take any step that may be necessary for the control of persons whose presence or conduct menaces its safety, that interference of any kind is possible. "The object of the internment," says the Manual of Military Law, "is solely to prevent prisoners participating further in the war. Anything, therefore, may be done that may seem necessary to secure this end, but nothing more. Restrictions and inconveniences are unavoidable, but unnecessary limitation of liberty, unjustifiable severity, ill-treatment, and indignities are forbidden." With regard to the buildings for detention purposes, gaols or prison buildings may not be used under the Rules. In the Canadian case, the character of the buildings has varied from place to place. The prevailing type of accommodation in the remoter districts where most of the camps were set up was modelled on the Canadian lumber camp. First a bunk-house, or series of bunk-houses, was erected, of log or frame construction, the bunks lining the walls, the heating supplied by stoves, and the whole made "healthy, clean, and decent," as demanded by the regulations. Around these were  grouped the subsidiary buildings, with a liberal supply  of open space to permit freedom of movement,-all  being surrounded by barbed wire under the guard night  and day of sentries whose boxes formed the final out-posts of the establishment. Such, in the fourth year of the war, was the camp at Kapuskasing.

Every consistent effort is made to ensure health and comfort both of body and mind. Unlimited access to the open air is allowed, most of the prisoners spending the entire day out of doors within whatever space may happen to belong to the camp area. Gardening and games, including tennis and football in summer and skating in winter, are permitted. In addition, the tedium of confinement is relieved in various ways. The YMCA has established classes in each camp for education purposes, the teachers being selected from among the prisoners, and the Association supplying superintendents and directing the courses of study. Needless to add, the prisoners have enjoyed the privileges of free delivery of letters and parcels from friends, and of the free exercise of their religion including the right of access at stated periods of their chosen ministers. The camps have been of course regularly visited and inspected by representatives of the enemy governments.

Pay at the rate of twenty-five cents per day is prescribed by the Hague  regulations for such as are employed within the camp  lines, erecting and repairing buildings, cultivating land,  clearing, draining, cooking, cutting wood, and performing  sanitary fatigues. All pay and allowances, however, are placed to the credit of the prisoners pending the conclusion of the war, except that a limited amount may be withdrawn for the purchase of small comforts and luxuries, canteens for the supplying of which are established in each camp.

At Camp Kapuskasing, in Ontario, the prisoners were utilized to make a clearing of one thousand acres in connection with the Experimental Farm which the Dominion Department of Agriculture is establishing at that point. {Complaints were made}in the case of the Kapuskasing  prisoners, but it was pointed out in reply that the work  in question was entirely voluntary, that it was in fact  welcomed by the prisoners as a relief from the monotony of life in camp, and that as the detention of the prisoners in question{was} primarily to save them from cold and  starvation the Government could see no reason why they  should be immune from the requirements incumbent  upon anyone cast upon the charity of the State, and for  whose support no provision had been made by the country of their allegiance. Moreover, the prisoners so employed were Austrians (with a few Turks), and not Germans, of whom only about ten were at that time employed (on a voluntary basis as cooks) throughout Canada.

It is impossible, therefore, at the present stage, to write the final history of the Canadian internment operations – to do more in fact than note in a preliminary way how they were undertaken and how they met the main incidence of the task. This alone has been attempted in the foregoing, which will have sufficed to show the wide human interest of so many features of the work, the range of territory and of material which it covered, and the possibilities for evil which inexpert or hesitant treatment would have involved.  It will always remain one of our most valuable experiences in the by-paths of military administration, and not the least striking incident of Canada's participation in the Great War. It has even a general interest, for it has been conceived throughout in the broad spirit, so necessary to the situation in Canada, not only of meeting the military  necessity, but of looking forward to the day when the  people thus under restraint shall resume the purpose for  which they came in the peaceful upbuilding of the  country.

From: Chapter VIII, “The Enemy Alien in Canada; Internment Operations” by Robert H. Coats, in “Canada in the Great World War” Vol II

Read More
By Doug Saunders,The Globe and Mail, Toronto, 7 June 2010 You can tell that war has returned to…
Read More
0
0
0 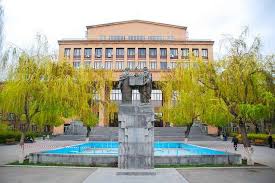 Read More
Bishop Bagrat Galstanian Primate of the Diocese of the Armenian Church of Canada, 22 Oct. 2010 Sireliner, It…
Read More
0
0
0