Are we supposed to be shocked or surprised? Not at all!

Granted, Keghart had no means of being cognizant of the details of the negotiations.

However, following the trend established since the infamous February 2008 elections, the subsequent March tragedy, the unrelenting stubbornness of the present authorities, it was clear that the government did not represent the will of the majority of its people.

To save its neck, eventually it had to succumb to foreign pressures to establish some form of legitimacy. Unfortunately, that is what we witness today.

It is hard to imagine how the authorities will be able to manage to convince the people in Armenia and the Diaspora of the wisdom of this action. The only way will be to ram it down the throat of the parliament. Will they take the risk with all its future ramifications of further alienation?

So far, at every step of the way, they have demonstrated an extraordinary but pathological audacity. They are incorrigible. Hence, with regret and sadness, along with frustration and indignation, we state that they, in all likelihood, will not change course. They cannot, anyway. They are signatories. There is no room to backtrack and make an about face.

Now the ball is in the parliament.

We ask, like a demand, from all the parliamentarians in Armenia not to ratify this unjust agreement.

Forget about your personal gains. Leave aside what you have amassed by way of bribes and promises. Dismiss your pockets.

Think for a moment what a calamitous event for Armenians worldwide you will be facing by ratifying the agreement.

Consult with all those martyrs who throughout our tortured history sacrificed their lives to keep a piece of land and our dignity.

Thirty Years Later 29 August 2009
Sharing Some Thoughts About Recent Articles  28 July 2009
Yes, Taking Stock Mr. Oskanian And Mr. Ayvazyan 10 May 2009
A Word of Caution When Using Commercial Forms! 3 May 2009
Genocide Commemoration Day-Toronto-Video Clips from Hai Horizon TV
Remembrance Day in Memory of the Martyrs 26 April 2009
D. Abrahamian’s Speech at the United Remembrance Day in Toronto 26 April 2009
Is President Obama Detached From Reality? 10 April 2009
An Apology, a Thank You and Dialogues February 9, 2009
Is Erdogan’s Anger for Real? 2 February 2009
Belonging to a Community: Is a Political Affiliation or a Religious Stripe Necessary?  30 January 2009

A Turning Point: Armenian Officials Take the Bold Steps 13 November 2008
A Letter to a Friend – Why the Silence and Inactivity? 10 November 2008
In Lieu of a Mission Statement – Reflections on the Occasion of the First Anniversary of Keghart.com 18 October 2008
Where is the beef?  September 17 2008
Six Months and Counting 24 August 2008
Reactions of Armenian Communities in North America to the Presidential Election & March 1st Tragedy 20 June 2008
Jirayr Sefilyan And Bigotry 2 June 2008
An Accident, A Tragedy 20 April 2008
In Solidarity With Tibetans   28 March 2008
Reflections On The Recent Tragedy In Yerevan March 9, 2008
Looking ahead into the future and distancing from the past is unequivocally Obama’s path 2 February 2008
“Hopes in … dreams last much longer than fear instilled through murders.”  19 January 2008
I Need Your Help Doc! November 18, 2007
Reflections on Books, Centres & Philanthropy November 7, 2007
No, Mr. Wiesel, you don’t speak on my behalf! October 31, 2007
Will Justice be denied again? October 9, 2007
A Faux Pas revisited (Survey Results) October 8, 2007
Ontarians have to wait another decade   October 6, 2007
A Faux Pas  September 17, 2007
What’s Next? September 3, 2007
The Latest Victim of the Armenian Genocide & Democracy: Hrant Dink January 19, 2007
Total
0
Shares
Share 0
Tweet 0
Pin it 0 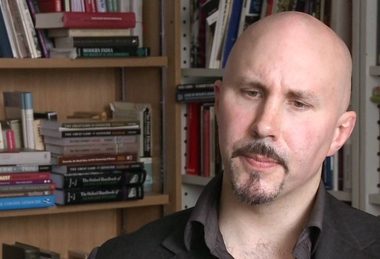 Read More
Pierce Nahigyan, California, 10 February 2015 If my grandfather had it his way, he never would have been…
Read More
0
0
0 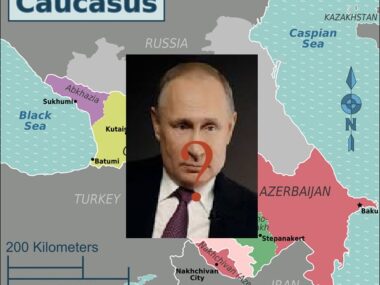