TORONTO—(June 8, 2017) Armenian Jerusalem faces many serious challenges, said Dr. Minas Kojayan at a gathering here attended by a wide-cross section of Toronto Armenians. The speaker has spent most of the past two years in Jerusalem as editor-in-chief of the Patriarchate’s “SION” journal and as teacher at the seminary and the Sts. Tarkmanchats High School.

A resident of Los Angeles, Armenologist, veteran teacher, and former editor of Keghart.com, Dr. Kojayan raised concerns about the future of the community unless the Armenian nation steps in to support the precious, 1,500-year Armenian presence in the Holy City. While Armenians are justly proud that the Armenian Quarter makes up one-sixth of the Old City of Jerusalem, most Armenians are unaware of the plight of the Armenian community, said Dr. Kojayan.

Due to war, the intifadas, daily conflict between the two warring parties, and discrimination, the once-flourishing community has dwindled to fewer than 1,000 people, including the clergy. Because of lack of job opportunities, Armenians continue to emigrate and those who stay have few children. After they graduate from university, Armenians find almost impossible to find job because of their ethnic identity. The Sts. Tarmkanchatz Secondary school, which fifty years ago had more than 600 students, has fewer than 150 and 25 of those are either children of mixed marriages or are non-Armenian. Unless there’s a special occasion or banquet, the three clubs are mostly empty.

From 1930 to 1967 the major source of seminarians, and hence clergymen, were from Lebanon and Syria. Following the Six-Day War in 1967, that source dried up because Lebanese and Syrian citizens can’t immigrate to Israel. As a result, now most of the seminarians hail from Armenia. On the average, two to three in ten seminarians opt to become a clergyman. The rest return to Armenia or try to emigrate west. With fewer than 30 clergymen, the Patriarchate faces a daily challenge to perform services at its churches or at houses of worship where it has the right to officiate.

The Patriarchate has ambitious but practical plans to open a museum for Armenian artifacts and a gallery to display modern Armenian art. These two major projects will offer two benefits: a regular revenue stream and the promotion of Armenian identity and art. But to proceed with its plans, the Patriarchate needs funds. So far it has been unable to interest Diaspora benefactors to support the projects.

Another potential source for substantial revenue is the conversion of the Cows’ Garden (“Goveroun Bardez”), across from the Armenian Convent, to a large parking lot. However, it can’t proceed because of Israeli government bureaucracy. Dr. Kojayan didn’t say so, but it’s well known that the municipality of Jerusalem will not grant permit for the proposed parking lot unless the Patriarchate “donates” part of the Garden to the city. Apparently, this is standard procedure for a government which makes no secret its intention to Judaize the Holy City.

A few years ago the municipality forced the patriarchate to “lease” land east of the Armenian Quarter and built a parking lot for people heading to the Western Wall. The Armenians soon learned that the parking lot, which they owned, was for the exclusive use of Jews.

The Armenian Patriarchate’s St. Philippos Springs and the huge tract of land around it are no longer under Armenian control. According to city hall, the land had “archeological value” thus it comes under the supervision/jurisdiction (read ownership) of the municipality.

A few years ago, when Israel was building its “Security Wall”, it sliced the Armenian-owned Baron Der orchard and confiscated land on both sides of the wall.

And on and on continue the challenges the isolated and dwindling Armenian Jerusalem faces.

According to Dr. Kojayan, the best action Armenians around the world can take is to visit Jerusalem as often as possible. They can thus demonstrate their support of the Armenian presence in the Holy City. By visiting the Armenian Convent they would be sending a message that while the community is small, it is not alone…that eight million Armenians are watching its welfare.

To facilitate the visit of Armenian pilgrims and tourists, the Patriarchate has in recent years converted a number of convent residences to guest houses. More are planned in upcoming years.

Dr. Kojayan warned that Armenians can lose the Armenian Quarter and the Patriarchate if they are not on their guard. He pointed out that several times in the past three hundred years the Armenian Convent was almost lost because of debts and usurious Ottoman taxes. While the Patriarchate has no debts now (its current revenues cover its expenses), it faces threats of different nature. These threats are not as naked as those posed by the Ottomans but nevertheless are as mortal.

The Armenian Quarter, which includes the St. James Cathedral, two churches, more than 4,000 illuminated manuscripts, a high school, a library with 200,000 books, three clubs, a seminary and about 400 rooms, is the result of a collective effort by the Armenian nation. For more than a millennium Armenian pilgrims have journeyed to the Holy Land and donated money and myriad gifts to the convent to guarantee its perpetuation. By visiting Jerusalem now Armenians would be following the footsteps of their forefathers who undertook the dangerous and costly journey by caravan in past centuries.

The Tekeyan Cultural Centre was packed for Dr. Kojayan’s presentation. The Q & A was followed by further one-on-one questions by attendees who wanted to know more about the Holy City and what else they could do to help the Armenian Jerusalem overcome its challenges. 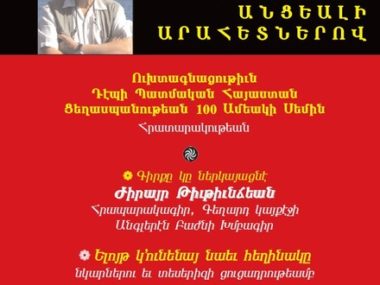 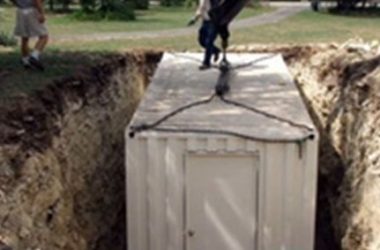 Read More
Report, Toronto, December 2018 Ahead of the recent snap parliamentary elections in Armenia, at a public gathering in…
Read More
0
0
0