By Keghart.com Editorial Board, 17 December 2010

Ever since Raffi, Raphael Badganian, Mikael Nalbandian, Alishan and other greats of the 19th century wrote their patriotic poems, articles, treatises, Armenians have dreamt of an independent country, where the rule of law would prevail and citizens would be free to express themselves. Almost one-hundred-and fifty years later our dreams remain unfulfilled.

By Keghart.com Editorial Board, 17 December 2010

Ever since Raffi, Raphael Badganian, Mikael Nalbandian, Alishan and other greats of the 19th century wrote their patriotic poems, articles, treatises, Armenians have dreamt of an independent country, where the rule of law would prevail and citizens would be free to express themselves. Almost one-hundred-and fifty years later our dreams remain unfulfilled.

Such were Keghart.com editorial board’s thoughts when, a few weeks ago, in partnership with friends, we launched a petition in support of freedom of speech and human rights in Armenia. Throughout its three years of existence, Keghart.com has defended persecuted scholars, writers, journalists, artists, activists, people who have been denied citizenship, children and women who have been abused by society. Irrespective of the colour, race, nationality, ethnic origin and political persuasion of the persecuted, Keghart.com has been guided by the principles of human rights.

Those principles are not abstract notions–devoid of consequences in a nation’s or an individual’s life. We rejoice when Turkish scholars, writers, journalists, activists, along with their friends around the globe demand freedom of speech and respect for human rights in Turkey. We are saddened when they are threatened, jailed, tortured or assassinated. We readily provide our stamp of approval when Turkish authorities are rebuked in international courts for violations of human rights. We also believe that it’s only through the upholding of the tenets of freedom of speech and human rights that Turkey would be able to overcome centuries of authoritarian and oppressive political traditions. Any dream that Turkey might acknowledge the Genocide of Armenians would be realised only after that country becomes a democracy. Although this last thesis cannot be proven, disproving it is not in play either. We accept it and we act accordingly.

Would it not be hypocritical to ask your neighbour to tend to his garden when you let weeds grow in yours? Isn’t this metaphor apt when we demand Turkey become democratic and transparent while we practice the opposite in Armenia?

There are no two ways to deal with such issues. It seems every nine years (1999, 2008) we slaughter fellow Armenians in Armenia. We do not ask why; we do not bring criminals to justice; we push “unpleasant” matters under the rug. Is this what our great thinkers, activists, and our people—suffering under the Ottoman or Romanoff yoke–envisioned? We are told court decks in Armenia are full, that the authorities are keeping society safe from criminals; and all’s well on the justice front in Armenia. Who are they fooling? Who are we fooling?

Why is it that we can’t get things right as we harp about the specter of some coloured revolution? A number of friends and readers of Keghart have questioned our wisdom in defending “criminals” through petitions. We have reflected about their sincere comments.

The long and short of it is that we—Armenians–tend to indulge in myths and act not as citizens of a mature society but as members of clans and tribes. It is a well-known fact that leaders, governments, and states promote fear to keep followers, citizens, and countries in line for the sole purpose of protecting their own authority, rather than resolve serious societal problems. Those in power in Armenia are no different. Let’s assume that some citizens of Armenia have conspired to stage or continue to plan such a “revolution”. Wasn’t Georgia’s debacle in the hands of the Russian army sufficient lesson–not only to Armenians but also to NATO and the US that such adventures will not be tolerated by our long-time “protector” in the north? Does anyone believe the Russian army, stationed in Gyumri, will be playing backgammon while Armenia is overrun by a variety of flags dotted with stars from the west and south?

And as to the “criminal”, what was his crime? His confrontational style and hyperboles, political views and aspirations may not be to the liking of many. Although a kangaroo court failed to find evidence of his alleged crimes, he was meted a seven-year sentence. For argument’s sake, let’s assume the court’s verdict was just. Does that give license to police to repeatedly beat this “criminal” and subject him to threats while in custody? What should we call these acts sanctioned by the authorities? When law enforcement agencies are unjust, it’s natural for people to demonstrate and sign petitions against such injustice.

Either through ignorance or malice, some people have tried to confound these issues by capitalizing on the unproven charges so as to minimize the significance of the horrific acts inflicted upon this “criminal”. Civilized societies do not tolerate such acts; they have all sorts of checks and balances to prevent similar abuses. Do we want to become a civilized people or do we act as members of clans and tribes?

Since the era of our “nakharars” and feudal lords, and despite the brouhaha of our progressive thinkers, educators and political parties, at the moment of truth–with few exceptions–we act as members of this or that crowd. We acted again in that same manner regarding the petition. Almost to the decimal point, response statistics demonstrated that we have not changed or “progressed.” Instead of looking at the merits of the case, we collectively asked, “Whose man is the accused?” The majority of the comments cannot be explained otherwise. We uphold or denounce a cause based on our allegiances or on a perceived myth.

When such is the Armenian mindset we can hardly nod with Voltaire, “I disapprove of what you say, but I will defend to death your right to say it.” 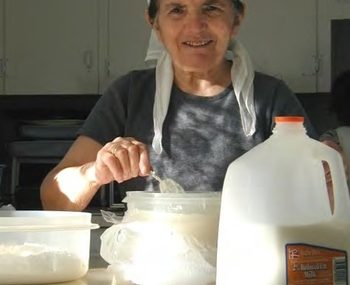 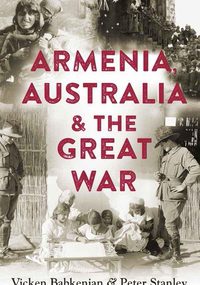 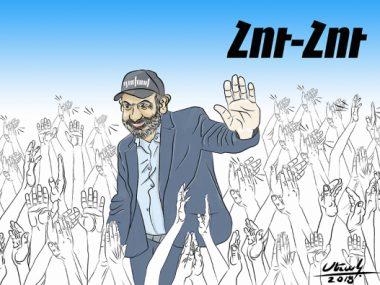 Read More
Raffi Bedrosyan, Toronto, 18 August 2015 Along with many high points experienced during the historic trip of 80…
Read More
0
0
0
By Avedis Kevorkian, Philadelphia, PA USA, 31 October 2009 What with one thing and another, I reached the…
Read More
0
0
0
February 12, 2017 Dear Reader, Independent of the Keghart team, in the past few months "Friends of Keghart"…
Read More
0
0
0