Convent of Cypresses, A Hill of Bones

On the occasion of the Armenian Genocide's 100th anniversary, 'Exile Literary Quarterly' (ELQ), Canada's top literary magazine, has published "A Family Story, A History Denied" by Jirair Tutunjian. Below is an excerpt from the narrative. Mr. Tutunjian is the English-language editor of Keghart.com and Contributing Editor to ELQ.–Publisher.

This is a story that begins with a bus ride into the desert.

I went to the desert to find the ghost of my father, to step into his bones and bring him back to life.

On the occasion of the Armenian Genocide's 100th anniversary, 'Exile Literary Quarterly' (ELQ), Canada's top literary magazine, has published "A Family Story, A History Denied" by Jirair Tutunjian. Below is an excerpt from the narrative. Mr. Tutunjian is the English-language editor of Keghart.com and Contributing Editor to ELQ.–Publisher.

This is a story that begins with a bus ride into the desert.

I went to the desert to find the ghost of my father, to step into his bones and bring him back to life.

I found him, but I found the ghost of my father as a child, a boy clawing his way down a hill of the dead, bodies piled upon hundreds of dead bodies. I stood on that hill gathering bits of broken bones the way a child gathers seashells. I held the bones to my ear and heard a silence, the deep-sea silence of the forgotten. I heard the voice o my father, that child crawling away from killers. I didn’t step into his bones. He stepped into mine. He had come back to the hill of the dead to tell me how my forgotten people had died, how he had stayed alive.

In the town o Aleppo, ancient holy city in Syria, I boarded a battered rattletrap, the Kadmous bus going to Deir ez Zorr, the Convent o Cypresses, a town on the shores o the Euphrates in the southeastern desert. Since I am Armenian, I know a little about Deir ez Zorr. In 1915-16, during the War in Europe, rag-taggle thousands o Armenian women and children who had been on a long march for weeks were driven through the town by Turks. Thousands had already died on the road. On the outskirts, those still alive were cut down by bayonet and “yataghan” curved sword. Not many were shot. The War was on in Europe, the Turks were allies of the Germans, and bullets were scarce. But they weren’t cut down because of the War. They were cut down because they were Armenians, because that spring the governing political party called the Young Turks had ordered the expulsion of all Armenians, a people who had lived in the area for 2,600 years.

In several cities, including my father’s hometown of Urfa, 35,000 Christian Armenians put up a futile but stubborn fight. Children melted pots and pans into homemade bullets; armed with bowls of ground pepper, women stood on the roofs and walls of the Armenian Quarter, ready to burn out the eyes of soldiers, a hapless gesture.

Still, after nearly a month, the Turks had not cowed the people so they asked the Germans for help. The efficient Germans came with cannons. After they leveled the century-old Quarter, nearly all adult males were dead, but Yeprem, my seven-year-old father, had survived. My grandfather, Kevork, led him down to the basement where he had buried the family heirlooms, gold and jewelry. “My son, when this is all over, remember this place,” he said.

Soldiers came for Kevork. Yeprem took food to his father’s cell. On the third day, Kevork kissed Yeprem and said: Don’t come tomorrow…they will take us away. Now you are the man of the family. Take care of your mother and sisters.” Over the next few days, during which my grandmother, Mariam, sewed gold coins into the armpits of my father’s crimson coat, 12,000 to 15,000 Armenian women and children were corralled into the Urfa square by soldiers on horseback.

The soldiers were commanded by Zeki Bey. The marchers were bullied and herded out of town toward the desert, women keening, children howling, in a snaking, straggling caravan.

They carried scraps of food in kerchiefs and shawls. The old and the frail collapsed on the road to nowhere, babies died and were buried in graves scooped out of the cinnamon-coloured soil.

The soldiers’ whips and clubs came down on screaming women. When this caravan got to the banks of the Khabur River, two of my aunts slipped away from the family cluster and leapt into the river and drowned. They had seen too many rapes. Soldiers yanked my father’s baby brother, Krikor, from his mother’s arms and hurled him into the air. He crashed to the ground. My delirious grandmother ran to her rag-doll baby, was tripped by a soldier and clubbed to death, her skull broken, her brain sitting like glistening suet on the sand.

At night, soldiers attacked these old women, ripped open their stomachs, digging to their guts for jewelry… 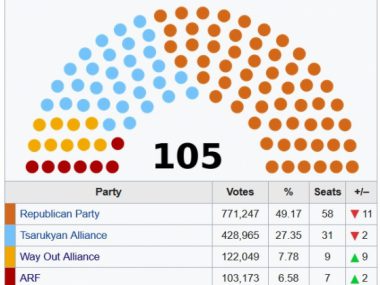 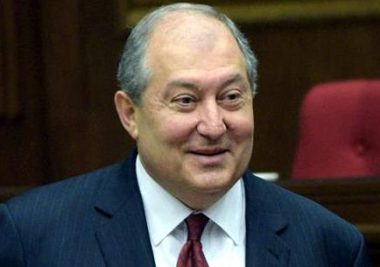 Read More
Jirair Tutunjian, Toronto, 30 August 2015 To change the narrative of their litany of lies regarding Turkey’s…
Read More
0
0
0

Read More
This report is reproduced in its entirety from Hayastan bi-weekly on-line Magazine (5 October 2009), and the original…
Read More
0
0
0
YouTube video is courtesy of ANCA
Read More
0
0
0