The Canadian federal leaders have spoken, the gloves are off and now citizens  face a protracted eleven-week campaign to elect members of the Parliament in October.

At the public debate in early August  Prime Minister Stephen Harper of the Conservative party (CPC); Tom Mulcair, leader of the New Democratic Party (NDP); Justin Trudeau of the Liberal Party (LPC); and Green party (GPC) leader Elizabeth May reiterated their positions, something the public was mostly aware of. There were no real punches, no zingers, no losers or winners. Going into the debate the NDP appeared leading  in the public opinion polls.

The Canadian federal leaders have spoken, the gloves are off and now citizens  face a protracted eleven-week campaign to elect members of the Parliament in October.

At the public debate in early August  Prime Minister Stephen Harper of the Conservative party (CPC); Tom Mulcair, leader of the New Democratic Party (NDP); Justin Trudeau of the Liberal Party (LPC); and Green party (GPC) leader Elizabeth May reiterated their positions, something the public was mostly aware of. There were no real punches, no zingers, no losers or winners. Going into the debate the NDP appeared leading  in the public opinion polls.

Between now and October several factors may change the picture. At this stage it’s anybody’s guess whether Canadians will reward themselves with a minority government or not.

As in the past, the ethnic votes will play a role. Chinese electors, Sikhs, Ukrainians, people of Middle Eastern background, Jews, and others have their respective expectations and are courting the leaders with various agendas, and sometimes with divergent demands. Some Canadian Jews living in Israel are even planning to fly to Canada to help Harper and his party that has been a staunch supporter of Israel. It’s reminiscent to Canadian Armenians who flew to Lebanon a few years ago to boost the chances of certain candidates  to the Lebanese Parliament.

[In a separate article in this issue of Keghart we highlight  the role of the Armenian Canadian Conservative Association in Toronto.]

Ontario primarily will be a battleground between the Conservatives and the Liberals, with the NDP coming in as a strong third. Quebec will see the NDP retain its supremacy with some losses to the Liberals and perhaps to the Bloc Quebecois.

Of interest to Quebecois Armenians there are two candidates vying for the Liberal nomination: Viken L. Attarian in the Ahuntsic-Cartierville and Ohannes Tufenkjian in the Vimy riding. The investiture proceedings are set for August 23rd and August 27th respectively. Tufenkjian will compete with Eva Nassif  for the nomination. The Armenian community is reported to be highly supportive of him, although there may be the lingering effect of the divisiveness in the adjacent Laval-Les-Iles riding. If he is successful in securing the Liberal nomination he'll start to campaign for the final showdown come October. The incumbent MP José Nunez-Melo is out of the NDP nomination race, because of his complaints regarding the nomination process. That could provide an edge to the Liberals. However, in addition to competing against the NDP candidate, whoever wins the Liberal nomination will face Conservative Anthony Mavros, a strong Greek candidate. In Laval Mavros is rallying the support of the large Greek community which is also disillusioned by the nomination process of the Liberal Party of Canada.

The situation in Ahuntsic-Cartierville riding is more complex. Although the Liberals have yet to nominate their candidate, they enjoy some lead in the public opinion polls in the electoral district. It should be noted though that the latest riding level simulation by at least one accurate electoral pundit (The Too Close to Call website) has put the Liberals and the NDP at neck-and-neck, especially after the recent reversal of Bloc Quebecois fortunes.

Of the original eight candidates for the Liberal nomination, only four are left at publishing time: Viken L. Attarian, Mélanie Joly, Grace Batchoun and Elie Kassissia. A side show is the late appearance of “high profile” candidate Mélanie Joly. It is widely believed that she was parachuted into the riding by the elite of the Liberal Party and thus raised eyebrows. Joly has been rightly described as “ambitious”.  The National Post daily reported: “People … are not-so-subtly suggesting the party is delaying the vote to favor a perceived star candidate who is a friend of Leader Justin Trudeau.”

The Montreal Gazette commented: Joly “made a name for herself in her first election campaign, the 2013 Montreal mayoral race, coming from nowhere to almost overtake front-runner Denis Coderre…” To many Quebecois “her jump to federal politics smacked of careerism. She presented herself in the 2013 mayoral campaign as the standard-bearer for a new style of politics.” However, after her candidacy announcement, an editorial in La Presse, which is considered close to the Liberals, said “she was contributing to public cynicism about politics. As recently as a year ago, Joly was still insisting that she was in Montreal municipal politics to stay, and that she would run again for mayor in 2017.”

Not much known fact is that Joly, soon after marching with the Armenians commemorating the centennial of the Genocide,  approached  representatives of the Turkish community of the area. It is the prerogative of any candidate to ask the support of any person or group during an election campaign. However, this incident did not sit well with potential Armenian and Greek voters, which constitute two of the largest communities of the riding.

Rumor has it that many in the riding have been turned off by the parachuting of Joly. If she gets the Liberal nomination the chances are that Maria Mourani, the NDP candidate, may “steal away” what was, a year ago, a 100% sure riding for the Liberals.

Another curious development is Norair Serengulian’s support for Joly, instead of lending a hand to improve the chances of a compatriot to get the nomination. Keghart.com reported Serangulian’s campaign for the Liberal nomination in the same riding. However, he later withdrew his candidacy. Whether that volte face and support for Joly were solely his decision or were suggested by the local Armenian Revolutionary Federation remains a mystery.

It makes eminent sense to support a Canadian-Armenian candidate like the intellectual-activist Viken L. Attarian. Beyond advocating for Armenian causes almost all of his adult life, Viken is one of the leading thinkers within the Liberal Party of Canada, chairs its Policy Commission in Quebec, sits on the Provincial Board of Directors, and also sits on its National Electoral Platform Committee.

A view of his campaign website will show the breadth and the depth of that contribution without a shadow of a doubt, as he has posted a full plan in all fields for the improvement of the whole country; from a principled foreign policy to fighting climate change, from improving economic opportunities with stable and long-term well-paying jobs to advancing an agenda of increased education for all citizens. Last June, he led a policy workshop that trained all selected Liberal candidates in Quebec.

What is needed is communal unity to secure his nomination and to subsequently campaign as hard as needed to elect someone of his calibre, and a highly-decorated Canadian-Armenian into Parliament. To suggest that another choice is preferable is not only indefensible, but is just absurd.

It would be great to have an Armenian MP, especially in this year of the Centennial of the Genocide. We urge Armenian Liberals and their friends in the Ahuntsic-Cartierville riding to vote for Viken in the coming investiture proceedings on August 23. It's high time we again had an MP on Parliament Hill. 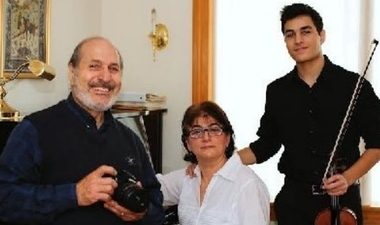 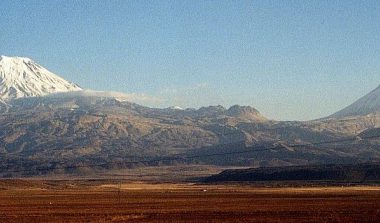