The Republic of Artsakh (Nagorno-Karabakh) is like a small ship in a turbulent sea. When a “ship” is small, weak, and unstable, treacherous waves would rock its hull and increase the likelihood of a shipwreck. The ship has to establish itself by laying anchor to grow big and strong.

How to achieve a greater size and strength for the sake of national security, better health, and for state-building for a small country such as Artsakh which is beleaguered by two dictators? There is only one way to accomplish that goal in a short period with the exception of providential intervention.

Here’s a road map to Artsakh’s state-building which will lead to security and to a thriving economy. To establish a common ground of understanding, let us first differentiate between a state and a nation. A nation is a group of people who share a common cultural heritage such as speaking the same language, a bonding formed from shared history, and specific geographical boundaries.

For instance, although I was born out of Armenia, due to my ancestry and shared cultural heritage, I am bonded with Armenia and the Armenians and thus have become a member of the Armenian nation no matter where I am now, and regardless of my citizenship. Around the world, the Armenian nation consists of approximately 10 million people (Armenia plus Diaspora), but unfortunately, Artsakh cannot claim us as members of its republic.

On the other hand, a State (in caps) is normally defined as a patch of land with a sovereign government. A State is the political unit that has the sovereign power over a piece of land. A State can also be defined as a community organized in a specific area ruled by a specific government such as Artsakh is. In sum, a nation is more of a political and cultural combination, while a State is a political and judicial combination recognized as an independent entity (such as a specific State) by the United Nations (UN).

The word “State” in capital letter is also differentiated from the word “state” in lower case; the former denotes to an official country recognized by most UN members and the latter stands for a country, specific people, a community, and an ethnic group living in a specific geographical area.

If I were born in Artsakh or had become naturalized, I would be counted as a member of Artsakh’s population and given the right to participate in the affairs of its government with the exception of perhaps becoming the president of the country if I were not born there. It should be noted that a nation does not create laws. A nation has customs and traditions to follow in its attempt at perpetuating its ethnicity, but a State does create laws for its citizens.

Artsakh does not have the problem of nation-building for its total population consists of ethnic Armenians who have been living in their ancestral land for millennia. Unlike Azerbaijan, Artsakh does not have to assimilate any ethnic group for Artsakh natives have not conquered the land, but are the indigenous people of Artsakh. However, Artsakh as a State needs a particular area over which it holds power recognized by other States. There are also States that are also nations and, in such circumstances, they are called nation-states such as the Republic of Armenia.

To become officially a State, a country has to meet the UN four eligibility requirements.  For example, to declare Artsakh as a sovereign State, customary international law specifies minimum standards for statehood as formulated by the Montevideo Convention of 1933: you must have (a) a permanent population (b) you must live in a defined territory; (c) you must have a government; and (d) your government must be capable of interacting with other existing states.

One of the most important requirements of State-building is to have a “permanent population”. The UN does not specify any size, though. However, from social, political, and economic perspectives, population size matters –greatly. UN requires a State to have an army to defend its sovereignty. Without a good size population, there will be a dearth of young men and woman to join the armed forces or enter the business world with new ideas for a burgeoning market place.

Considering the UN eligibility requirements, Artsakh has all the qualifications for statehood and these qualifications have been in place for nearly 30 years. Although UN does not specify the required size of population, from practical point of view, size does immensely matter for there is power in numbers.

Drawing upon the work of many scholars who study demographics, there are definite advantages of a robust population:

It goes without saying that population size seems to be the common denominator in the above listed advantages. If Artsakh has a small population of 150, 000 ethnic Armenians living in the confines of this tiny republic, then it is missing out on many opportunities cited above.

Let me state this one more time with some feeling, hoping this time the decision makers will heed my proposal: If the common denominator of all the advantages a country could have is big or growing population, then Artsakh needs to increase its population.

How is it possible to accomplish an instant population increase? One of the quickest way is to grant easy dual citizenship to its vast Armenian Diaspora, for increasing the fertility of the local women, encouraging repatriation, giving incentives for having more children, etc. would take a long time. These methods could be followed concurrently. The idea here is to offer citizenship without the onerous Armenian government’s red tape.

Artsakh has to entice dual citizens from the vast Armenian Diaspora. They do not have to live in Artsakh, though it would be great to return to homeland. Without offering some sort of incentives, only a very few Armenians would apply for dual citizenship. Appeal to self-interest should be applied for successful persuasion.

Artsakh should emphasize and offer some of the advantages of becoming its citizen as well. Dual citizenship as a moral act as an Armenian helping the Armenian nation and a vehicle for mutual benefit. Dual citizenship involves the simultaneous holding of more than one citizenship, with each inferring certain rights and responsibilities that would normally adhere to a citizen in each of the individual countries.

Dual citizens enjoy certain benefits, such as the freedom to live and work in two countries, own property in both countries, and travel between the counties with relative ease. Although an individual could benefit from holding two passports, the drawback is the possibility of double taxation.

Incidentally, the U.S. allows dual citizenship, but not all countries do. Dual citizenship happens automatically in some situations, such as when a child is born in the U.S. to parents who are residents of a foreign country. Unless the parents are foreign diplomats, the child generally becomes a citizen of the U.S. (in addition to the country of residence of their parents).

An appeal to self-interest would be stronger than just harping on patriotism alone. Offering an incentive such as free or inexpensive land, would entice a large number of people for the lure of land is so implanted in the minds of Homo sapiens as the panacea for survival.

In the early ‘70s, Australia embraced the idea of advancing by rapidly increasing its population. The national slogan was “Populate or Perish!” The Australian government distributed free land (120 acres) and transportation costs for settlement in parts of their vast continent. Some Armenians from Syria and Lebanon have benefited from this plan and moved to Australia and formed an active community there. Through the free land incentive program, Australia began in a short period of time to solve its acute problem of stagnating with a small population.

To encourage Armenia and Artsakh to increase their population based on a feasible plan, I published an article titled “Populate and Prosper: ‘MOTHERLAND HOMESTEADING’ for Armenia & Artsakh” (In Keghart.org, November 11, 2012).  In it, the idea was to distribute land as homesteading to the Diaspora Armenians as well. Had they heeded the idea presented ten years ago, by now they would have had an appreciable growth in their respective populations. The apathy and the attitude of “we know it all” have dreadfully hurt both Armenian republics irreparably.

Arsakh, likewise, should offer free or very inexpensive land for cultivation or for building a summer house not so much for settlement, but for applying for dual citizenship. Such a plan would create many jobs in construction and furnishing of new houses. On account of dual citizenship, Artsakh’s population statistics would increase considerably.

It has been estimated that Artsakh has lost nearly 48 percent of its territory under its control during the second war with Azerbaijan and Turkey. As a result, 190 Armenian settlements were lost, not to mention the brave young soldiers who fell in defense of their country. Artsakh has to think very seriously to replenish its population.

The devastating defeat to Azerbaijan was made possible by Turkey’s and Israeli’s military assistance.  Reportedly, Israel made over $6 billion from Azerbaijan alone last year by selling cluster bombs, attack drones (aka Kamikaze drones), etc. against the Armenian forces.

One of the most important advantages of dual citizenship for Artsakh is state-building, not so much for nation-building purposes. Let us look at the definition of Jew: a person who is a descendant of the ancient Hebrews or whose religion is Judaism. The Ashkenazi are considered Jews, but are Turkic in origin; since they converted to Judaism, they were called Jews to beef up their demand to European powers for a Jewish homeland in Palestine. You’d say, it is a very clever way of beefing up one’s population numbers.

We need the cooperation of the government, academics and the media to convince the public that, in the long term, a larger population with adequate infrastructure is good for us.

According to the demographic experts, high population growth could have numerous advantages for the entire world. For example, Dr. Gary Becker, Nobel Prize-winner, considers that population growth helps rather than hurts general welfare and income. A large population translates into a greater domestic market, a stimulating investment in knowledge and attracting investors and multinational companies in areas that previously lacked them. Immigration is a result of high population growth, which can greatly benefit a given area with social, linguistic, and religious richness and diversity. Human rights can also benefit from population growth, as more people are beneficial for advocating global human rights.

Also, when lines of a country are drawn, the criterion usually applied is to see how many of an ethnic group lives in a certain place. Current people’s living area rather than historical site of another people decides in what country a certain area should be placed.

Self-destructiveness aside, we need to exercise open-mindedness to adopt ideas for the advancement of the Armenian nation. Although we have overcome numerous challenges by being resilient, a lot of challenges lie ahead of us. Through perseverance and being adaptive to new ideas, we can solve a lot of national problems ahead of us.

What we have here is a do it or die plan. The advantages of dual citizenship for Artsakh’s prosperity cannot be overemphasized. Instant population growth for Artsakh will bring prosperity for now and for the future generations who would be facing constantly Turkic hunger for Armenian lands and property. Together, with open-mindedness for new ideas, we can tackle our national problems without waiting for other nations to come to the rescue.

Read More
Orhan Kemal Cengiz, Today’s Zaman, 24 November 2011 There is a question I have heard countless times from…
Read More
0
0
0 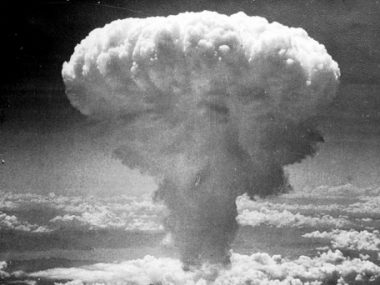 Read More
By Jirair Tutunjian,Toronto, 21 January 2019 In the first of this two-part series we talked how the Internet…
Read More
0
0
0 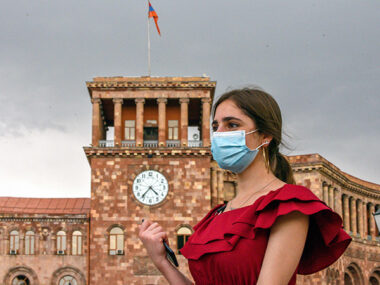 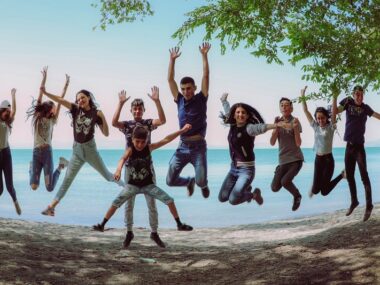