A Better Way to Aid Citizens of Armenia

Many Diaspora Armenians who care for the future of the Republic of Armenia (RoA), Artsakh, and that of the Armenian nation, have been heaving on the horns of a dilemma in recent years, particularly since the Armenia-Turkey Protocol controversy.”We care for the welfare of Armenia but…”

The “but” stands for the incompetent at best, corrupt at worst ROA governments which have mismanaged Armenia’s affairs since independence almost two decades ago.

Should Diaspora Armenians continue to provide assistance–financial, technical, educational, promotional, etc. when the country is run by an incestuous cabal of mafia leeches and Armani-clad gangsters? Should Diaspora Armenians send funds to the motherland when the oligarchs skim a significant portion of that money? Will this complacent “cost of doing business” continue interminably?Some Diaspora Armenians have “resolved” the above quandary by choosing diametrically opposite options. One group has decided not to assist ROA so long as the country is run by Grade A hooligans. Others have decided to continue to assist Armenia no matter what. The latter group has made the case that the curtailment of Diaspora support would hurt, above all, the ordinary citizens of Armenia who are already hurting economically, politically, culturally… The same group of people also maintains that it would be the height of irresponsibility to abandon ROA at a time when its very existence is being threatened by Turkey and Turkey Jr.–Azerbaijan. People who share the same stand also believe in the concept of “trickle down” economy–even if the lion’s share of the assistance is lifted by a corrupt administration–eventually some of the money will reach the hands of those who need it most, this group likes to believe.Other voices–luckily a minority–preach a violent overthrow of the government, possibly with the help of the army. “A bullet in the head of Serzh Sargsyan” would solve the problem, these extremists say. They, of course, have no clue that the “disease” in Armenia is not confined to one man.

Is there a more sensible option than the above?

Since widespread corruption, lack of transparency and accountability in the ROA government are not mere allegations but indisputable facts, Diaspora Armenians should devise new ways to help their brethren in the motherland.

The Diaspora should work with existing non-governmental officers (NGOs), establish new NGO institutions, train individuals or groups of individuals for specialties much needed in Armenia and the neighbouring countries . Through these NGOs, Diaspora organizations should establish employment, social services, welfare and skills-teaching offices to directly assist needy families and individuals.

The Hamahaygagan fundraising organizations have the right idea, but more needs to be done. Let’s by-pass the smooth-talking gangsters, and let’s form a direct pipeline from Diaspora to the ordinary citizens of Armenia, without the benefit of interference from the vultures.

Read More
By Hamo Moskofian, Yerevan-Beirut-Canada by phone, 11 June 2010 Recently, during an official presentation and concert in Yerevan,…
Read More
0
0
0 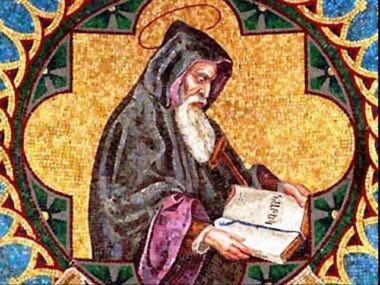