Is Armenia’s Constitutional Referendum Worth the Hype?

As Artsakh gears up for general elections for a President and members of the National Assembly, Armenia is plunged into an electoral process of her own. Unlike the people in Artsakh, citizens of Armenia will not be voting anyone in, but will instead go to the polling booth to vote out the sitting judges of the Constitutional Court of Armenia, a move that has created unparalleled ripples in Armenia and its Diaspora.

Much like former President Serzh Sargsyan, Hrayr Tovmasyan, the author of the amended Constitution of Armenia, is accused of writing laws to secure a long tenure for him until 2035. While he did so without violating the letter of the law, it is regarded as a violation of its spirit.

The three political parties currently in parliament had voted against Tovmasyan’s candidacy. Today they stand divided on the referendum called by the ruling My Step Alliance to amend a single article in Armenia’s Constitution, which would result in the discontinuation of the powers of seven judges of the Constitutional Court. The list includes Tovmasyan.

Citing procedural violations and constitutional illegalities, Bright Armenia voted against the bill and announced it will not campaign for either of the YES or NO sides. Prosperous Armenia Party that had abstained from voting on the issue made a similar announcement. Before long, almost all major parties not represented in the parliament joined the political ‘boycott’ except Armenian National Congress and Hanrapetutyun Party.

While removing judges appointed by the disgraced former regime sounds tempting and is welcome, it is unclear why the government, which has been in power for almost two years, has not taken any steps so far to present a new, thoroughly amended Constitution for a referendum and is busy chasing individuals instead of implementing structural reforms. The Constitution, amended in 2015, is wildly seen as one that has been implemented through illegal means. By holding on to this Constitution and initiating legal processes under it, Mr. Pashinyan is essentially legitimizing the Constitution in toto. What are the people voting for? To form a Constitutional Court that will uphold and serve under an illegally adopted Constitution? Does Mr. Pashinyan no longer think that the Constitutional Amendments of 2015 were adopted illegally by Serzh Sargsyan?

One of the main allegations against the judges is that they readily approved the results of the rigged elections in the past. This, of course, warrants an action; however, one fails to comprehend, why then is no action being taken against the person entrusted with the task of organizing the elections, Tigran Mukuchyan, chairperson of Central Electoral Commission of Armenia. After all, if election results have been tampered with, the first person to be held responsible should have been Mukuchyan. Instead, he has been entrusted again with the responsibility of organizing the referendum.

Referenda are democratic acts. Inviting citizens to get involved in the decision-making process is welcome. Nevertheless, when the prime minister categorically announces, “Hrayr Tovmasyan cannot be and should not be President of the Constitutional Court,” it is evident that the verdict has been given. What will happen if the government fails to secure the required number of YES votes? Will Mr. Pashinyan agree to work with the sitting judges of the Constitutional Court or will he start a new process until the judges are gone?

Vacant positions in the Constitutional Court are filled through nominations by the government, the president and the Supreme Council of Judges, in that order, subject to Parliament’s approval. In essence, while the government, through its deputies can appoint anyone it wishes to the vacant seats, it can, through its deputies, decline as many nominations suggested by the president as it wishes, until a candidate of their choice is nominated. In fact, Vahe Grigoryan, the only judge to have been appointed since 2018, is a good example, where the President, fed up with the constant refusals, had to cave in and send his nomination when it was known to all that Grigoryan enjoyed the ruling party’s backing.

This can have dangerous consequences for the country, as the institution of checks and balances will be hampered if the judiciary is seen to be controlled by the executive branch, as was allegedly the case under the former regime.

The Government has allocated around $7.3 million to hold the referendum. Considering that the ruling party has promised wider constitutional amendments, it should not be long before another referendum is held. This means another $7 million will be spent. Does Armenia’s treasury have sufficient funds to spend on referenda aimed at changing a single clause each time?

During the 2018 parliamentary elections, a few months after the popular uprising, My Step Alliance garnered around 850,000 votes. Two years on, public euphoria has subsided and securing the required 650,000 votes will prove to be difficult.

With almost all political opponents boycotting the referendum, Pashinyan will rely on his fiery speeches and attacks on the former regime and the opposition parties to draw crowds and garner support for the referendum. The referendum is also seen as a popularity test for Pashinyan so he is expected to leave no stone unturned to secure the necessary votes. If he succeeds, he will have to make sure all corrupt former officials find themselves behind bars, since he has successfully convinced the masses that the Constitutional Court is partly the reason why some of the former regime members have a free ride in and out of the courts. With that excuse out of the way, people will expect concrete steps against such elements. However, if Pashinyan fails to attract the required number of votes, which is likely, the controversy about the constitution and the Constitutional Court will deepen.

To avoid dangerous cracks and instability in society, and to save funds, we express our agreement with many observers and opponents of the referendum and call upon the prime minister to 1) open the files of the 2015 rigged Constitutional referendum and establish its fraudulent nature. This will lead to declaring it null and void and with it the Constitutional Court and 2) present a new, thoroughly amended Constitution for a referendum to implement structural reforms. 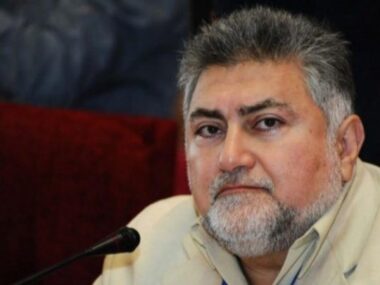 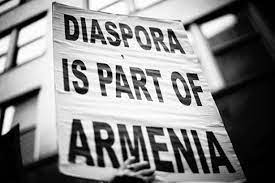 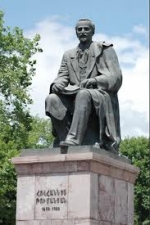 Read More
The following is the speech that Mrs. Maria Yeganian (wife of RoA Ambassador) delivered on the occasion of…
Read More
0
0
0
Read More
0
0
0
By Haroon Siddiqui, The Toronto Star, 2 July 2009 American troops were not welcomed with flowers in Iraq…
Read More
0
0
0