By Keghart.com Editorial Board, 10 December 2010

Until recently Azerbaijan was the junior partner of Turkey in anti-Armenian propaganda and in the falsification of ancient and current Armenian history. But in the past year Baku has become Ankara’s full-fledged partner in anti-Armenian rhetoric. Flushed by revenues from its petroleum wells, Baku is spending serious money in lobbying efforts to denigrate Armenia, Armenians, and Artsakh, and to misrepresent the Armenian/Azerbaijani conflict. In the past year Azeri propaganda has shown its hydra-head around the globe, from Kazakhstan to Syria, from Germany to the United Kingdom, to Canada, and the United States.

Thanks to aggressive efforts, the Azeri lobby is now stronger than the Armenian lobby in the British parliament, according to Tale Haydarov, the chairman of the European Azerbaijan Society (TEAS). The group has published a book (“Visions of Azerbaijan”) and produced TV shows disseminating its version of the Artsakh conflict, while at British universities and other educational institutions TEAS has organized lectures about the Khojali “massacre,” in addition to spreading other erroneous versions of the Armenian/Azerbaijani hostilities.

In late November Mahir Aliyev, Azeri ambassador to Syria, was interviewed by a leading Damascus-based magazine, “Al-Azmenah”, where Aliyev condemned Armenians for “occupying” parts of Azerbaijan. Just before the Dec. 1 meeting of the Organization of Security and Co-operation in Europe (OSCE) in Astana, Kazakhstan, the Union of Azerbaijani Organizations in Kazakhstan sent a statement to the participants of the OSCE summit, demanding the righ0ts of Azeri “refugees” from Artsakh.

Two weeks ago the University of Toronto was the venue for the First Azerbaijani-Canadian Academic Grassroots and Advocacy Conference. Organized by the university’s Azerbaijani Student Association, the Azerbaijan-American Council, and the Azeri embassy in Canada, the event was intended to train Canadian-Azeri community in advocacy against the Canadian-Armenian community, and Armenians in general. Around the same time, the Azeri ambassador was guest on a popular Toronto radio talk show.

In the United States, the Azeri lobby, with the assistance of Ross Wilson, former U.S. Ambassador to Turkey and Azerbaijan, is pushing for the repeal of Section 907 of the Freedom Support Act of 1992 which, prohibits direct U.S. government assistance to Azerbaijan.

When it late November Bako Sahakyan, the president of Artsakh, visited Southern California to help launch the Armenian fundraising telethon and deliver a speech to the World Affairs Council—Orange County (WAC-OC), the US Azeri Network (USAN) sent a protest letter to WAC-OC about Sahakyan’s visit and made inquiries at the U.S. State Department about Sahakyan’s visit. As a result of USAN’s letter, WAC-OC wrote to the Azeris, saying, “We have revised the flyer [re the event] to ensure our descriptions [of the Armenian/Azeri conflict] are impartial and factual.” As well, Elin Suleyman, consul-general of Azerbaijan in Los Angeles, demanded the cancellation of Sahakyan’s visit. Azeri and Turkish communities of Los Angeles held a demonstration (admittedly a feeble one) to protest Sahakyan’s speech at the WAC-OC event in Newport Beach….While Harut Sassounian, publisher of The Armenian Courier, accurately pointed out that the demonstration fell flat on its face, the new and vigorous efforts of the Azeris in California—the state which, has, by far, the highest concentration of American-Armenians—indicates that Armenians in the U.S. have a serious fight on their hands.

Although the anti-Armenian campaign of American-Azeris is certainly an unwelcome development, as great a threat—if not even a bigger one—to the Armenian Cause is shaping up in Europe. The First World Azeri Youth Congress in Frankfurt (Nov. 29) was attended, according to Azeri sources, by representatives of 41 Azeri youth organizations in Azerbaijan, plus 131 youth organizations from 23 countries and leaders of Azeri Diaspora organizations from 25 countries, including 23 people from Russia. The Azerbaijan youth organization of Russia was led by Leyla Aliyev. [The proliferation of Azeri diplomats and organization leaders who carry the name Aliyev makes one wonder how many relations Sultan Ilham Aliyev has installed to eminent and cushy positions.]

Addressing the Frankfurt gathering, Ali Hasanov, the head of Azeri Presidential Administration’s department of public-political issues, said the main tasks before Azeri youth “in the whole world is to protect Azerbaijan’s natural heritage from Armenian usurpers and to oppose Armenian propaganda and fabrications.” In a clumsily-worded speech, Hasanov added, “Azeri young people in the world must be converted to such a significant factor, force which may be taken into consideration in those countries where they live… the more your words have importance in states, where you live and study, the more it will have great significance for the dissemination of the fair Azeri country’s voice in the world. In this direction you must act in all states together with Turkish Diaspora and make effort to tackle jointly mutual problems.” Similar views were expressed by other prominent Azeris, including Elshad Isgandarov, the secretary-general of the Youth Forum of the Organization of Islamic Conference.

The above developments and more demonstrate that the Armenians have their job cut out for them as they do battle against growing Azeri and Turkish propaganda.

What should Armenians do? We should intensify our efforts to deflate the Turkbaijan campaign. We should coordinate the efforts of various Armenian organizations around the globe against Azeri and Turkish propaganda. We have to strengthen our Armenian Diaspora links, across continents, to make sure we are ready to counter effectively to Turkbaijan efforts, whether it’s in Canberra or in Copenhagen, in California or in Canada.

Armenians of Armenia and of Artsakh have expert knowledge of the conflict with Azerbaijan, of Baku politics and psychology. Armenians of the Armenia-Artsakh should be partners in shattering Turkbaijan lies.

We have to keep abreast of developments in Azerbaijan, particularly regarding announcements and events which relate to Baku’s campaign against us. Certainly, we have to take the vociferous Azeri challenge more seriously than we have done in the past. Baku is no longer a bit player in anti-Armenian propaganda.

To dominate the narrative of the Armenian/Azeri/Turkish conflict, our antagonists have primarily money and oil on their side. Armenians have truth, morality and a burning commitment to obtain justice for our people—in Armenia, in Artsakh, and in the Armenian Diaspora. A new and crucial front has been opened by Turkbaijan Sr. and Jr. in their war against Armenians. Let’s brace for it without fear, but with renewed awareness of what is at stake. 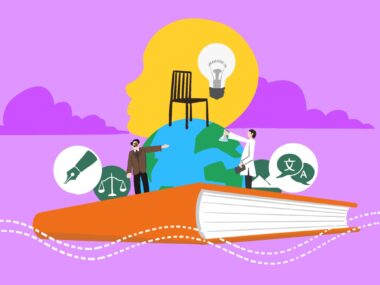 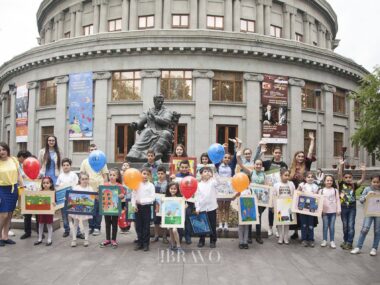 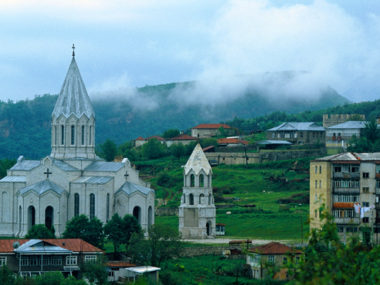