PARIS — In the struggle against the Turkish denial, the Coordination Council of Armenian Organizations of France (CCAF) has decided to launch a petition asking Switzerland to appeal the judgment of the European Court of Human Rights (ECHR), which found that the ultra-nationalist Dogu Perinçek, president of the Party of Turkish workers could not be condemned for saying publicly in Geneva in 2007, the “so-called Armenian genocide is an imperialist lie”.

The full text of the petition:

PARIS — In the struggle against the Turkish denial, the Coordination Council of Armenian Organizations of France (CCAF) has decided to launch a petition asking Switzerland to appeal the judgment of the European Court of Human Rights (ECHR), which found that the ultra-nationalist Dogu Perinçek, president of the Party of Turkish workers could not be condemned for saying publicly in Geneva in 2007, the “so-called Armenian genocide is an imperialist lie”.

The full text of the petition:

Denialism : Petition against the rogue decision of the European Court of Human Rights

In a decision of 17 December 2013, which will remain an absolute disgrace in the history of the European Court of Human Rights, this jurisdiction which has never so little deserved its name, decided to give reason to Dogu Perincek, the zealous and determined denier of the Armenian Genocide by proposing to condemn Switzerland for its infringement of freedom of expression !

Co-founder of the Talaat Committee (the Turkish “Hitler”), a backroom created by Ankara to export the denialist theses of Turkey to Europe and beyond, Dogu Perincek had appealed against a decision pronounced by the Swiss courts, fining him twice for his denialist statements.

At present imprisoned in Turkey for taking part in the attempted coup by the Ergenekon organisation (which did not prevent Ankara from defending him before the ECHR in this particular case), Dogu Pericenk had indeed claimed that the “Armenian Genocide” was an “international lie” at a series of meetings in Switzerland.

These statements, offensive against the memory of the victims and defamatory against their descendants, were condemned under the Swiss law on the repression of denialism. The European Court of Human Rights, to which he had appealed, is therefore considering condemning Switzerland, in the name of an inconsequential reading of the freedom of expression and a restrictive interpretation of human dignity. This jurisdiction, in a judgement that is just as irresponsible as it is grotesque, thus gave its support to the denialist propaganda on the Armenian Genocide. And this in accordance with the following arguments : 1) There would not be any consensus on the facts since only about twenty of the 190 States have recognised them (whereas the international community of historians having seriously dealt with this issue is unanimous on their qualification as genocide and that a number of lobbies, including that of the Turkish government, repeat that it is not for the Parliaments to legislate on history…). 2) There has not been any international judgement qualifying them (whereas the Treaty of Sèvres signed in 1920 by the European Powers provided for the Judgement of the persons responsible for this crime against humanity, treaty replaced in 1923 by that of Lausanne in which these same European Powers, in an attitude typical of Munich before its time, were to abandon any idea of rendering Justice to the Arminian people in the name of new relations with Kemalist Turkey). 3) The notion of genocide would remain unclear and therefore offer scope for debate (whereas the crime of genocide is clearly established by the Rome Statute establishing the International Criminal Court and that the very concept of genocide was forged by Raphaël Lemkin, starting precisely from the extermination of the Armenians of the Ottoman Empire).

At one year from the commemorations for the hundredth anniversary of this crime against humanity, as it was named on 24 May 1915 by France, England and Russia at a time when the word genocide had not yet been created, the ECHR has just assassinated the one and a half million victims of the “Young Turk” government for the second time. And this following an unfair trial in which only the Turkish party was able to plead, while the Arminian party and those who defend its universal just cause were not invited to the proceedings.

Switzerland, which, in addition, decided on 10 October to reinforce its strategic partnership with Turkey, has until 17 March to lodge an appeal against this unfair judgement which, in sentencing it, also opens the road to an unbridled propagation of denialism.

Through this petition, we should like to call on the Swiss authorities to lodge an appeal against this judgement before the Grand Chamber of the ECHR and, in so doing, allow an open debate to be held and a fair trial on a essential issue for our times and our European identity, by giving other States, including France, the possibility of being heard. Furthermore, such an appeal would allow the Arminian party, excluded from the hearing until now, to be equally represented with Turkey, which would bring a minimum balance to this “justice” which, until now, has only been based on one side of the scales.

Thank you for joining this campaign

Please click on PETITION to view the text and participate

Related Material: Together Against Genocide Denial

By Harut Sassounian, Publisher, The California Courier, 5 June 2009 For many years, the Turkish government and its…
Read More
0
0
0 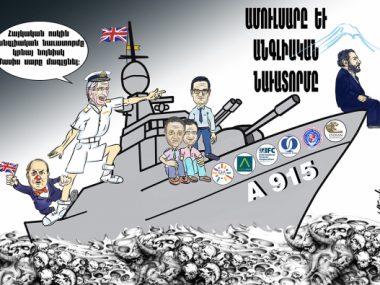 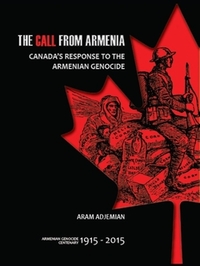 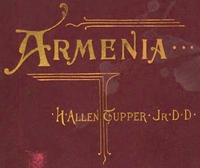 Read More
Researched by Jirair Tutunjian, Toronto, 6 June 2015 The Turkish government’s bag of lies about the treatment of…
Read More
0
0
0 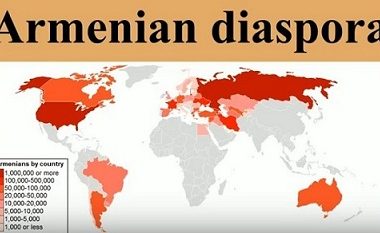