"No Violence on April 24"
Says the Founding Parliament

The editorial Good Intentions, Misguided Decisions published on Keghart.com compels us to make some clarifications related to the activities of the Founding

There is misleading information in the editorial. For example, it presents FP members, who have been Pre-Parliament (PP) members but not the FP. The next inaccuracy is related to the "Armenian Renaissance" Movement in the Diaspora. It has its chapters in 10 countries. Garegin Chugaszyan is not leading the group. He is the FP President. I would like to present here the differences between the Movement and the FP. The leader of the Movement, which aims at removing the regime, is the Artsakh War hero Jirayr Sefilian.

"No Violence on April 24"
Says the Founding Parliament

The editorial Good Intentions, Misguided Decisions published on Keghart.com compels us to make some clarifications related to the activities of the Founding

There is misleading information in the editorial. For example, it presents FP members, who have been Pre-Parliament (PP) members but not the FP. The next inaccuracy is related to the "Armenian Renaissance" Movement in the Diaspora. It has its chapters in 10 countries. Garegin Chugaszyan is not leading the group. He is the FP President. I would like to present here the differences between the Movement and the FP. The leader of the Movement, which aims at removing the regime, is the Artsakh War hero Jirayr Sefilian.

The Executive Board of the FP is the FP Secretariat. The FP is the governing body of the Movement. It claims to be a body expressing the will of the people. After the removal of the regime, the FP will accomplish the process of signing contracts between the citizens and the FP members, which will authorize the latter to become a full-fledged and legitimate representative body. Consequently, the FP will take over the duty of the legislative body of the Republic of Armenia.

We are glad that the editorial agrees with Mr. Chugaszyan’s statement that there is a change of status quo regarding Artsakh detrimental to the Republic of Armenia. However, the editorial expresses surprise why the participants of the motorcade had taken part in it along with their families, wives and children. Let me point out that before the incident, the leader of the Movement, Jirayr Sefilian, had announced that Artsakh is his home, and he was going there with his wife and children.

Moreover, in the last two or three years and at present, many of the PP or FP members, especially the leading group, participate in the awareness-raising campaign activities with their families, including the children. Our campaign motorcades have never been stopped. A police escort usually accompanies our peaceful marches. In that sense there could be no exception concerning the motorcade to Artsakh, especially when all the participants of the motorcade consider Artsakh an integral part of Armenia.

The motorcade was peaceful and we were not going to war. We were going to exercise our civil rights vested by the Constitution. Knowing the RA current regime and its Stepanakert branch, we were anticipating that they would take some shameful steps to impede our march. The worst thing we anticipated was that we could face an entry barrier and nothing more. Of course, it would be an outrageous violation of the right to freedom of speech and movement. Anyway, such a terrorist act against the participants of the peaceful motorcade by the powers was beyond our expectation.

The editorial mentions the Movement’s two blunders, but it is not clear enough what the first blunder is. Is it the awareness-raising motorcade to Artsakh or going there with families and children? Concerning the families, I would rather remind FP Vice-president Varuzhan Avetisyan’s response to such a question in another situation: "The leaders of the National liberation Movement not only sacrifice themselves putting their lives on the altar, but also everything they have, including their families and children." I could hardly find a better answer to the question than this one.

The editorial states: "Some of the FP members merrily reported that the attacks had roused interest among many Armenians. At what price?" I am sorry to say, but the rhetorical expression is a superficial approach. Yes, after the incident the public interest towards the Movement increased. However, the interest increased not because we were beaten there, but because the FP exposed a deep problem kept in criminal conspiracy by the regime, which plays its dirty games in secret. It is unbelievable that any Armenian individual of national mindset or a group may be against this disclosure.

We firmly believe that the Berdzor incident, despite its sad end, had an enormous political significance, and it changed the public discourse regarding the issue of Artsakh. Berdzor became a litmus test, which revealed that a 'Chinese Wall' is being erected between Armenia and Artsakh. Moreover, some invisible political realignments and transformations are taking place there. In consequence to the above-mentioned and the recent political events, the FP became a factor in the political field.

As a member of the Movement I participated in the motorcade and witnessed the incident. I anticipated the editorial to give political and legal assessment to the terrorist act against the peaceful march in Berdzor. Alas, it presents the moral side of the issue only. However, there is nothing about its legal side. For example, how the rights of 150 citizens were violated in Berdzor, how innocent people, including women and children, were subjected to unprecedented violence, how their fundamental freedoms of speech and movement were violated, and, especially, how the bandit groups and militias in Berdzor reviled the pride of all Armenians–the RoA flag. In the editorial there was no condemnation of the violence.

Let me address the second alleged blunder of the FP, mentioned in the editorial. The author of the editorial is not aware of Sefilyan’s speech at the press conference related to Berdzor. He stated that April 24 was chosen as a starting day, but the FP would not take any action undermining the day or the day's events on April 24. No actions of disobedience are possible on that day. The individuals or forces who want to harm the movement exploit the meaning of April 24. This is understandable. Sefilian or others in the group have never encouraged violence. Instead, they always stress that our actions will be non-violent, and we are going to implement our program in peaceful ways. However, if the regime commits violence against the citizens, then we will exercise the sacred right of self-defense, and the adequate response will never be late. The above-mentioned definitely complies with the Constitution.

We believe that the date of April 24, as the start of the National Liberation Struggle, has a great symbolic significance. The vast majority of the Movement participants are descendants of the victims of the Armenian Genocide. Therefore, we cannot be disrespectful towards the day. We will bow our heads showing respect for our deceased ancestors on April 24. However, we also believe that choosing April 24 symbolically and changing the day of lament into the day of triumph, national rebirth and revival, into a day to create and to live and not to die and mourn is very important. By that, we shall change the mentality of the Armenian people. Today, in 2015, we witness a white genocide. Armenia is bleeding, because the most valuable resource–its citizenry, is leaving the country. I would like the Diaspora to draw attention to this dramatic situation.

We are losing the independence of our homeland. We shall lose it entirely if we lose Artsakh. Armenia without Artsakh will not have a chance to survive as an independent state. What shall we do now? Shall we remain silent and watch how we are losing a part of our homeland? Shall we wait until independent Armenia is erased from the map of the world? If we do it, the year of 2115 will be another centennial of another white genocide. The Diaspora Armenians (not only the classic Diaspora, but also those who left Armenia in the last 25 years) have to understand that we have reached a crucial moment, and that their participation in the liberation of Armenia is necessary.

The Diaspora should either participate in the liberation of our homeland or get ready for its funeral. Today, more than ever, the Diaspora faces a choice: it has either to find the strength and join the national liberation movement physically as the owner of this land, or get ready to lose it in the nearest future. Only an independent Armenia can guarantee the preservation of our national identity. If we lose Armenia, the national identity of the future generations living in the Diaspora will be preserved only in the memories of the meals cooked in their childhood by their Medz Mamas. 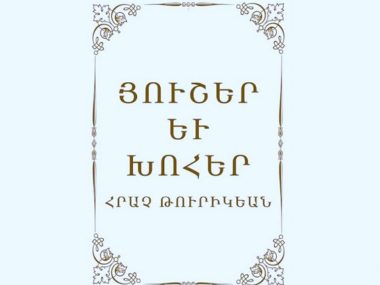 Read More
“REMEMBRANCES AND REFLECTIONS” (in Armenian) are the memoirs and reflections of Hratch Tourikian, community leader, businessman, and political…
Read More
8
0
0 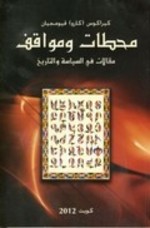 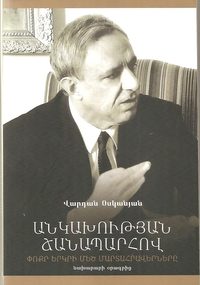