Garabed Hagop Altounian, my paternal grandfather, was born in Amasya, Turkey in 1895. He was the tenth and last child of his family. While his five brothers and three brothers-in-law were killed

in 1915, Garabed survived because he was of small build and looked much younger than his age. When the Turkish gendarmes captured him, his older sister yelled at them: “Don’t you fear God? You already took away all our men. What do you want from this child?” The gendarmes let him go. He was to evade death numerous times once the deportation began in June 1915.

Garabed Hagop Altounian, my paternal grandfather, was born in Amasya, Turkey in 1895. He was the tenth and last child of his family. While his five brothers and three brothers-in-law were killed

in 1915, Garabed survived because he was of small build and looked much younger than his age. When the Turkish gendarmes captured him, his older sister yelled at them: “Don’t you fear God? You already took away all our men. What do you want from this child?” The gendarmes let him go. He was to evade death numerous times once the deportation began in June 1915.

Mariam.      Garabed’s mother died on the way to Der el-Zorr.

Yeranouhi.  She died on the way to Der el-Zorr. Her first husband, a member of the Hnchag Party, died in jail in 1901. Two of her children had died of illness prior to the Genocide. One daughter, Kohar, survived. Kohar’s husband, Nshan Dambourajian was taken away and killed. Her two children, seven-year-old Onnig and one-and-half years old Annig died of exhaustion in Hama, Syria.

Aghavni.      Died on the way to Der el-Zorr with her five children and two grandchildren. Her husband had been previously arrested and killed.

Krikor.         Imprisoned, tortured and killed because he was a member of the Hnchag Party. His widow remarried in Hama. She eventually moved to Argentina.

Areknazan.   Settled in Malatya (Turkey) with her four children, but eventually the family was wiped out. The husband had been previously arrested and killed.

Haroutyun.   Was arrested while working at the family store, and killed. He had never been involved in politics. His wife and children perished during the death march.

Hovhannes.   Arrested and killed on the first day of deportation. His son Vahram died on the road. Wife Akabi died in Hama. Daughter Marie survived.

Nshan.            Killed by drowning in Samsun (Black Sea) because he was a member of the Tashnag Party. He was single.

Garabed escaped death numerous times, sometimes by paying bribes and other times by sheer luck. After marching for more than five weeks in the summer heat, with the number of the family members getting smaller due to death on the road, their caravan reached a place where Turkish gendarmes had started arresting boys who were 15 and older. My grandfather was among them. They had just passed a gorge filled with the dismembered bodies of thousands of men. They saw where their arrested male relatives had ended up. One Armenian from Amasya recognized an  acquaintance among the Turks, and managed to be released. At that point Garabed had the idea of telling the same Turk that he too was from Amasya. He was told that if he paid ten pounds, they would let him go. His mother paid the money, and he was freed. Other Armenians followed, and the amount of the bribe gradually dropped from ten to two pounds. Twenty-four young men were unable to pay. They were taken behind a hill. Gun shots were heard.

When the survivors assumed that their ordeal was over, the Turkish gendarmes came back and demanded 100 pounds so as to spare the entire caravan. The Armenians again paid. The Turks returned pretending they had been given only 99 pounds. As penalty, they asked for 300 pounds plus a diamond ring. Garabed refused to pay, thinking he would be killed sooner or later. He hoped that by holding on to the family money at least the women would survive. He told the Turks to go ahead and take him. An older Armenian man stepped in and advised him to pay saying that one never knows what tomorrow would bring. The older man then told my grandfather a story that has been repeated in our household, teaching us hope and patience:

“Once upon a time, the Sultan ordered a blacksmith to prepare several thousand horse shoes in one week, because he was planning to go to war. The blacksmith worked day and night, but could not finish the order. On the assigned day, when the Sultan’s men knocked on his door, he thought this would be the last day of his life. However, the men at the door told him to prepare nails for the Sultan’s coffin, because the latter had died. The old man concluded that Garabed should trust ‘God who transforms horseshoes into nails’”.

Garabed paid the 300 pounds. My paternal grandmother’s mother, Makrouhi Salian, who was also in the caravan, gave her diamond ring. A few days later the Turks shot and killed the old man for no reason. He saved my grandfather’s life.

When the caravan of Armenian refugees from Amasya reached Malatya, the locals warned them that they were being driven to their deaths in the desert of Der el-Zorr. Garabed started looking for a way to save his family by getting them on the train to Aleppo. A Kurd approached him and said that for ten pounds he would save Garabed and his group of 24. However, he could bring them to safety only in three groups. The Altounians selected the first eight members; among them was my grandfather as the only surviving male of the family. The Kurd took them to a cave and ordered them not to move until he brought the others. He didn’t return. The next morning Garabed wandered out of the cave, and found out that the caravan had been driven to Der el-Zorr. Years later, when he inquired among the few survivors, he learned that all his family members had been driven to Der el-Zorr and perished.

The lucky eight—weak, malnourished, traumatized–made their way to Hama. The first to die was Garabed’s 18 year-old niece, Veronica, whom he described as “beautiful and educated”. The Turks had abducted her, but she had managed to escape into a group of gypsies who disguised her as one of theirs. However, the trauma took a toll on her health, and she died a few weeks later. Soon after, three more family members died. As my grandfather used to say: “They dropped like ripe berries”.

Garabed contracted typhus in Hama. Most of that time he lay unconscious, but whenever he opened his eyes, he saw his Greek landlady nursing him. After he recovered, his old landlord contracted typhus and died, followed by his wife.

Garabed, his two nieces, three-year-old Marie and 27-year-old Kohar and his oldest brother’s wife Ghumri were all that was left of the Altounian family that had 36 members prior to the Genocide. When Ghumri found out that her husband Krikor had been killed, she remarried and moved to Argentina. Kohar became housekeeper for an Arab family, and Garabed worked for a Syrian. Marie, who had no one to look after her, was put up for adoption and taken in by a Muslim Arab woman. Marie’s uncle, who had been keeping an eye on her, found out that the four-year-old was being given chores around the house.

After the end of the First World War, Garabed decided to move to Adana–with hopes of returning to his hometown Amasya. Determined to save Marie from servitude, he hired a few young men to abduct her. According to her granddaughter, Marie was hidden in a sugar sack and brought to her uncle. When he asked her whether she remembered him, she placed her finger on the gap between his two front teeth. She remembered.

At the end of the war the Allies occupied many of the territories that had been under Ottoman rule. There were plans to re-settle Armenians in their native lands. Cilicia was being considered as the possible new Armenia. Many hopeful Armenians returned from their forced exile. In 1919 Garabed moved to Adana, with his nieces Kohar and Marie. There he met his third cousin Mihran Altounian. Mihran had moved to the United States in 1910 to study architecture, and thus had escaped the Genocide, becoming the only survivor of his branch of the Altounian dynasty. Trained in the American army, he joined the Armenian Legion and left for Bordeaux, France and then to Port Saïd, Egypt. After Armistice, he was sent to Adana as military superintendent of the Armenian orphanage. He also organized a workshop for Armenian widows. Together, Garabed and Mihran made inquiries about the fate of other family members.

At the insistence of his niece Kohar, Garabed arranged to have Aroussiag Salian (my grandmother) to be taken from the orphanage in Aintab to the one in Adana. Kohar’s widowed mother, Yeranouhi, had married Aroussiag’s widowed grandfather, Sarkis Kirishjian, in 1906. It was Mihran who urged Garabed to marry Aroussiag. In the group picture taken in the Adana refugee camp circa 1919-1920, Mihran is sitting to the far left, and has his arm around Garabed. Standing behind them, second from left is my grandmother Aroussiag, a teenage orphan. Sitting right next to her, behind Garabed, is Kohar, his niece. We assume Marie is the young girl sitting next to him (front, second from right). This is the first picture of the surviving members of my paternal family.

It was during this time that my grandparents got engaged (1920) under a fig tree. Garabed promised his 15-year-old fiancée that he would send her to school for two years before they got married. A few months later Armenians woke up to find out that the French army had withdrawn, handing over Cilicia to Turkey, and leaving the Armenian refugees at the Turks’ mercy. Once again my family fled. My grandparents, and with them nieces Kohar and Marie, settled in Beirut. The couple got married two years after their engagement. However, my grandmother barely got any schooling.

Mihran, deeply disappointed by the France’s handing of Cilicia to the Turks, returned to New York where he worked as an architect, and became the patriarch of the association of Armenian survivors from Amasia.

For several decades Garabed and Aroussiag helped support the Mother Church of Armenia, Holy Echmiadzin. Garabed acted as liaison for the Catholicos- of-All-Armenians, His Holiness Vazken I in Lebanon, earning his deep appreciation. Medzbaba Garabed passed away in Beirut, on April 30, 1986. 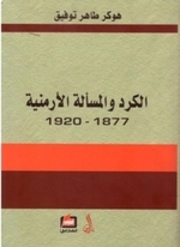 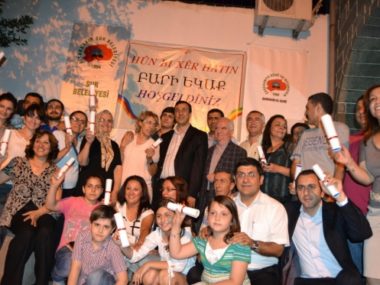 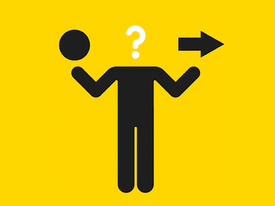