Genocide by Any International Standard

"The persecution of Armenians is assuming unprecedented proportions. Reports from widely scattered districts indicate a systematic attempt to uproot peaceful populations and through arbitrary efforts, terrible tortures, wholesale expulsions and deportations from one end of the Empire to the other, accompanied by frequent instances of rape, pillage and murder turning into massacre, to bring destruction and destitution on them." – Henry Morgenthau Sr., US ambassador to the Ottoman Empire, July 10, 1915.

"The persecution of Armenians is assuming unprecedented proportions. Reports from widely scattered districts indicate a systematic attempt to uproot peaceful populations and through arbitrary efforts, terrible tortures, wholesale expulsions and deportations from one end of the Empire to the other, accompanied by frequent instances of rape, pillage and murder turning into massacre, to bring destruction and destitution on them." – Henry Morgenthau Sr., US ambassador to the Ottoman Empire, July 10, 1915.

But did this constitute genocide? Not according to Israel which, for reasons of "practical realpolitik" regarding relations with Turkey has long refused to recognize the 1915-1923 massacre of up to 1.5 million Armenians by Ottoman Turks as an act of ethnic extermination.

Nor according to the United States, which bases its refusal on similar grounds.

And not without cause. Most recently, Turkey responded to an October 2007 draft congressional resolution calling on president George Bush to characterize the killings as genocide by threatening to cut its logistical support for US operations in Iraq and close its strategic Incirlik air base to American aircraft. Turkey spent $300,000 a month on Washington lobbyists to ensure its message hit home. The resolution, which had already passed the committee stage and had 225 cosponsors in the House of Representatives, was quickly withdrawn.

Ankara’s indefatigable efforts to prevent international recognition of the Armenian genocide derive from the fact that its denial is part of Turkey’s founding mythology, a plank of official policy since the 1922 Lausanne Conference, where claims of mass killings were dismissed as "Christian propaganda." In 1934, it successfully lobbied Washington to persuade MGM to drop plans to film The Forty Days of Musa Dagh, Franz Werfel’s best-selling novel about the Armenian experience, by threatening to boycott American films.

This campaign of denial intensified after 1965 when Armenian commemorations of the 50th anniversary brought the issue to international attention. By the mid-1970s, Turkey was engaged in what Richard Falk described as "a major, proactive, deliberate effort to… keep the truth about the Armenian genocide from general acknowledgment." By the 1990s, this included the endowment of chairs in Turkish studies at several US universities with the aim of disseminating Ankara’s version of events.

According to this version, Armenians have willfully painted an inaccurate picture of what happened in the World War I period and why. And there is certainly truth in Turkey’s claim that the situation was not as clear-cut as generally presented. Rarely acknowledged, for instance, is that the rise of Armenian nationalism in the 19th century led to enormous tensions between Armenians and their Ottoman overlords, and that many had sided against the empire in the 1828, 1854 and 1877 wars.

It is also infrequently admitted that although 250,000 Armenians were conscripted into the Ottoman armies during World War I, another 150,000, out of a sense of religious affinity with the Orthodox Slavs and in the hope that a Russian victory would lead to an independent Armenian state, volunteered to serve under the czar, while a further 50,000 joined Armenian guerrilla groups which openly sided with him. Seldom spoken of either is the fact that hundreds of thousands of Muslim, Greek and Jewish civilians died directly at their hands.

But while Constantinople may have gained grounds for viewing the Armenians as a fifth column, nonpartisan sources make clear that their deportation and murder began before any attempted insurrection. As David Fromkin, who studied German sources, has written: "There are historians today who continue to support the claim… that the Ottoman rulers acted only after Armenia had risen against them. But observers at the time who were by no means anti-Turk reported that such was not the case. German officers stationed there agreed that the area was quiet until the deportations began."

Ankara also denies that 1.5 million Armenians actually died. While some Turkish historians allow that up to 600,000 were killed, the semi-official Turkish Historical Society puts the figure closer to 300,000 and argues that, of these, only 10,000 were massacred, the remainder dying of starvation and disease. It further claims that these 10,000 were killed, not as part of a genocidal plan, but in the heat of battle and more often than not by Kurds.

But it is a matter of historical record that the Special Organization, an official arm of the Defense Ministry, oversaw the activities of Einsatzgruppen-style killing squads that, in the words of one US diplomat, "swept the countryside, massacring [Armenian] men, women and children." And while Kurds were certainly involved in the killing, they were deliberately coopted for the task by the Turkish War Ministry in the knowledge that, as the Armenians’ historic blood enemies, they would lose no opportunity to avenge ancient grudges.

Ankara’s distinction between those directly murdered and those who died indirectly from starvation, disease and exposure is also highly questionable. With no provision made for clothing, food or shelter, the anticipated outcome of the deportations into the Syrian desert was obviously death. In fact, the Turkish interior minister termed them "marches to eternity" and his meaning was clear to his appalled German allies who distanced themselves from the policy. To say that the Armenians who died during the deportations were not deliberately killed is like claiming there were no intentional Jewish deaths during their "relocation" to the East or on the death marches to the West during World War II.

The fact is that the Armenian massacres constituted genocide by any international standard, conforming to the UN’s criterion of having been "committed with intent to destroy, in whole or in part, a national, ethnical, racial or religious group." Indeed, Raphael Lemkin, who coined the term ‘genocide’ in 1944, used the Armenian massacres as an illustrative example.

Today Turkey’s campaign to prevent its recognition is assuming a Canute-like quality. Some 21 countries have already formally acknowledged it, including Russia, Canada and France, as has the European Parliament, the World Council of Churches and the International Association of Genocide Scholars. And with President Barack Obama (who twice pledged to recognize the genocide during his election campaign), Joe Biden, Hilary Clinton, CIA chief Leon Panetta and the NSC’s director of multilateral affairs Samantha Power also on board, we now have what the Turkish daily Hurriyet described as the "most pro-Armenian [administration] in history," and the Armenian National Committee of America is currently preparing to place another "recognition resolution" before Congress. In fact, Obama may well use this year’s April 24 White House statement commemorating the killings to recognize them as genocide.

Furthermore, an official with a leading American Jewish organization recently told The Jerusalem Post that the post-Cast Lead "deterioration in Israel-Turkey relations might prompt his group and others to reconsider" their traditional support for Ankara’s stance. And Israel, which Yair Auron, author of The Banality of Denial: Israel and the Armenian Genocide, describes as Turkey’s "principal partner" in denial, has itself made similar noises, with Deputy Foreign Minister Majallie Whbee warning that if Turkey persists in its claims that genocide is taking place in Gaza, "we will then recognize the Armenian-related events as genocide."

Albeit for the wrong reasons, this is surely the right thing to do. For, while fears regarding repercussions for both bilateral relations and Turkey’s 25,000-strong Jewish community are unfortunately well-founded, Israel, perhaps more than other nations, has a moral obligation to call this crime by its name.

The writer, Sean Gannon, is a freelance journalist, writing mainly on Irish and Middle Eastern affairs. He is currently preparing a book on the history of Irish-Israeli relations. 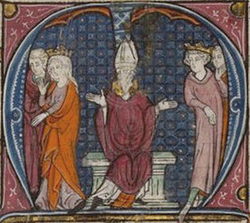 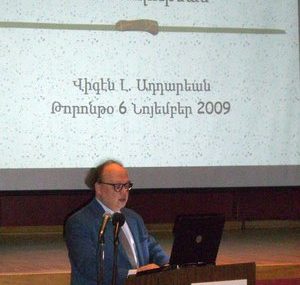 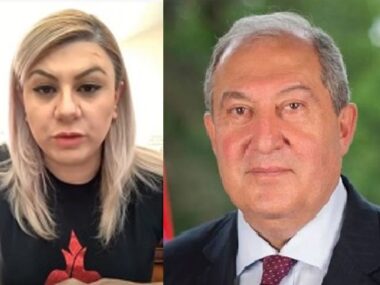