Keghart.com wishes “Happy Birthday” and extends its best wishes to the National Association for Armenian Studies and Research (NAASR) which celebrates its 60th anniversary this year.

Established in Massachusetts in 1955, the NAASR has, for six decades, maintained its mission to advance Armenian studies through lectures, seminars, conferences, publications and other programs. It has also endowed chairs and supported individual scholars who study/research the Armenian heritage.

The NAASR has also maintained a commanding voice against Turkey’s Genocide denialism. It’s the only nationwide organization in the US dedicated to the advancement of Armenian studies and culture.

We encourage you to support this vital and unique organization.

One way of supporting NAASR is becoming a member.

“In 1955, a dynamic new movement began in the Armenian-American community. That year, the National Association for Armenian Studies and Research initiated its efforts to establish Armenian Studies in the U.S. on an active, scholarly, and continuous basis.

In the decades since its founding, NAASR’s lectures, seminars, conferences, publications, and other programs have brought knowledge and scholarship on Armenian subjects to a vast audience. The endowed chairs, programs, and individual scholars it has supported have immeasurably enriched the field of Armenian Studies.

The creation of Armenian Studies as a scholarly field in the U.S. has led to a surge in high-quality publications on Armenian and related subjects that has greatly advanced the knowledge of Armenian culture and history and aided Armenians in the quest for justice. Without legitimate scholarship in English there would be nothing with which to counter denial of Armenian history, culture, and the facts of the Armenian Genocide. NAASR’s supporters can be proud of all that has sprung from the impetus provided by the organization.

It is the only nationwide organization dedicated to the advancement of Armenian studies and culture through America’s foremost institutions of higher education and through a multifaceted program in support of research, scholarship, public programs, and publications.

NAASR takes pride in its history of accomplishments and is continuously looking forward in order to develop new and effective ways to carry out vital work that will enrich and advance Armenian studies and research long into the future.” 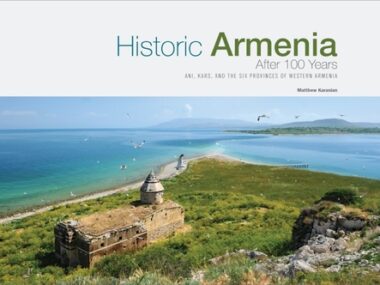 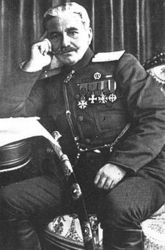 Read More
In the months leading to the commemoration of the 50th anniversary of the  Genocide of Armenians in 1915, the Kremlin was closely following developments…
Read More
0
0
0