History Education in Schools in Turkey and Armenia

In the late ’90s, the infamous “Protocols” were ushered in to “improve” relations between Armenia and Turkey. One of its provisions was to have a joint commission of historians. We view the aims of the proposed “History Education in Schools in Turkey and Armenia” as an extension of the same underhanded and failed attempt. Keghart presents a preview of the authors’ mindset. The full text can be accessed by clicking the “Preface” which is embedded with the link leading to the entire text.–Ed.

Preface to This Publication

Analyzing a country’s history education model can give profound insights into a society’s prevailing attitudes towards and perceptions of diversity,justice,peace,and democracy.In conflict and post-conflict contexts, such an analysis can also shed light onto how ways of constructing historical narratives may act as one of the underlying drivers of conflict within and between societies. Many works have been published on how conflict narratives in history education and textbooks, as well as conflict-promoting teaching methodologies andextra-curricular  activities, may contribute to the formation of monolithic nationalist identities ensued by antagonistic and hostile attitudes, rhetoric, and actions towards groups and communities considered asthe“other”.This publication is a joint endeavor of a network of history educators, historians as well as other social scientists, and conflict transformation practitioners from Turkey and Armenia. The aim of this publication is to analyze the history education models and the narratives in the current school textbooks of history in these countries challenging the image of the “other” as an “enemy”. The publication also aims at contributing to the transformation of the current exclusivist narratives and developing and advocating for inclusive, multiperspective, and conflict-sensitive content and approaches to history education in Turkey and Armenia. This publication was developed in the framework of the project “Politics of Memory and Forgetting in History Textbooks: Network Building for Historians and History Educators in the Context of Armenia-Turkey Relations” co-led by the History Foundation and the Imagine Center in cooperation with the Center for Sociology and Education Studies (SEÇBİR) of Istanbul Bilgi University and the Yerevan-based Association of Young Historians. The project was supported by the Program “Support to the Armenia-Turkey Normalization Process: Stage Two”. The agreement on the principles and methodology that guided the work towards this publication was developed during a five-day “Dialogue and Capacity Building Workshop” that took place in Istanbul in January 2017. The workshop brought together 12 history educators and historians from Armenia and Turkey based on the criteria of commitment to long-term collaboration and a diversity of institutional and professional affiliations. The Workshop served as a platform for exchange of experience and learning from international experiences of reform in history education especially in conflict and post-conflict contexts. The workshop focused primarily, but not exclusively, on the following topics

-the politics of memory, commemoration, and remembrance;

-places of memory and sacralized landscapes in conflict contexts;

Following the Workshop, the newly-formed network of history educators and historians engaged into the production of two co-authored and interconnected papers that make up this publication. During the first process, the network members conducted an analysis of the current school textbooks of history in Armenia and Turkey. The focus of this critique was the representations of “self” and “other” in the textbook narratives. The analysis also considered the wider context of history education in Armenia and Turkey including the legacy of the previous generations of textbooks, recent education and textbook reforms, the current state-prescribed and approved history curricula and teaching methodologies, as well as the politics of textbook development and production today. The findings and reflections of this process are presented in the paper “Analysis of History Education Models and Historical Narratives in School Textbooks in Armenia and Turkey” of this publication. For the second process, the network members discussed alternatives to the existing models and approaches to history education forming an agreement around principles and approaches necessary for advancing inclusive and multiperspective historiography and history education. The results of this quest for alternative models and approaches is presented in the paper “Guiding Principles Towards an Alternative Understanding of History Education” of this publication. Supported by the Friedrich Ebert Stiftung, some of the network members met again for a second Workshop in Yerevan in March 2017 to discuss the ongoing work. As of June 2017, the network has already presented the work conducted so far within the event “What future for the Armenian-Turkish dialogue? Memory issues and international relations in discussion” organized by the Embassy of France in Yerevan and the non-governmental organization “Yerkir Europe” in Yerevan in February 2017. The work has been shared also in a presentation titled “Nationalism and Sexism in History Textbooks in Armenia and Turkey” hosted by the History Foundation and in a program of Radio Agos in Istanbul in April 2017. Most recently, the papers have been presented in the conference “Armenia-Turkey: Paving the Way for Dialogue and Reconciliation” organized by the Caucasus Research Resource Center-Armenia in Yerevan in May 2017.The network members have also developed a vision and strategy for long-term collaboration agreeing on an action plan focused on the development of pilot alternative history lessons for schools and universities, as well as a training manual for universities and other educational settings for training younger generations of historians and history educators. The project partners –the Imagine Center and History Foundation –will continue to collaborate in an effort to build the professional capacity in both Turkey and Armenia in contemporary and alternative methods of historiography and history teaching that incorporates alternative narratives and oral histories, promotes critical thinking and multiperspectivity, and uses interactive, student-centered and discussion-based teaching methods.

About the Authors and Editors (Only Armenian, for full list refer to History Education in Schools in Turkey and Armenia)

Ararat Şekeryan studied Russian Language and Literature at Istanbul University and Pushkin Institute in Moscow. Between 2006-2014, he worked as an editor and translator at Aras Publishing House in Istanbul. In 2015, he earned a Master’s degree in Comparative Literature from Istanbul Bilgi University, with his thesis focusing on Western Armenian poetry after the 1915 Genocide. Ararat has been working as a part-time teacher of Armenian and Russian at Getronagan since 2013

Garine Palandjian is a PhD student in Educational Policy and Evaluation at Arizona State University. She was employed at theAmerican University of Armenia between 2013-2017 where she set up the Center for Student Success and student support services. Garine received an IREX Individual Advanced Research Opportunity (IARO) fellowship in fall 2012 to conduct fieldwork as part of her research on peace education in Armenia. Garine’s Master’s degree in Comparative and International Education focused on the Armenian national identity during Soviet and Post-Soviet Armenia. While at Lehigh, she conducted an internship at the United Nations Department of Public Information and NGO Relations in New York for seven months. Prior to Lehigh, Garine received her Bachelor’s degree in Elementary Education and went on to teach for several years in California

Hayk Balasanyan received his Bachelor’s and Master’s degrees and went to Graduate School in History at Yerevan State University. He teaches Armenian and World History at Anania Shirakatsy Lyceum since 2005.

Lilit Mkrtchyan received her PhD in History from the Yerevan State University. She is Associate Professor at the Department of World History at Yerevan State University. Lilit is also Head of the Chair of Social Sciences at Anania Shirakatsy Lyceum. She founded the Association of Young Historians based in Yerevan and currently is President of the Association. Lilit has authored a monograph, four manuals in teaching methodologies, a collection of lecturing materials, and more than a dozen articles.

Maria Karapetyan has been with the Imagine Center since 2011. She was a fellow with Rondine Citadel of Peace in Arezzo, Italy, where in 2013-2015 she was engaged in designing and implementing educational and training programs for Italian and international students. Simultaneously she concluded her Master’s degree in Peace Studies at the University of Rome Three with a research focus on Narrative Mediation of Historical Narratives and Critical Discourse Analysis. As one of the editors of the online analytical publication the Caucasus Edition–Journal of Conflict Transformation, she has been coordinating the work of journalists, analysts, and researchers from the South Caucasus and Turkey to contribute to the Journal.

Nvard V. Manasian is an education expert with more than ten years of experience in the sector. She has worked for the government and international organizations managing projects and engaging in policy advisory development processes. From 2007, she has started teaching in higher education institutions and has established a center for quality assurance in one of the universities in Armenia. Starting from 2009, she was a member of TEMPUS Higher Education Reform Experts. Currently, she is specializing in communications and is working for the World Bank. Her research interests are in higher education policy and gender issues in education. Nvard is Board Member of the Armenia Education Foundation that grants scholarships to students of Armenian descent. She graduated from the Engineering University of Armenia and holds two Master’s degrees from American Universities. She is a feminist and a social democrat.

Philip Gamaghelyan teaches conflict transformation at Program on Ethics and Justice at Georgetown University and human rights and conflict at School of International Service at the American University. He taught previously on topics ranging from theory and research methods of conflict analysis and resolution to culture and identity, politics of memory, reconciliation, justice, human rights, and more. Philip is also the director of programs at the Imagine Center and the managing editor at Caucasus Edition –Journal of Conflict Transformation. His papers have appeared among others in International Negotiation, Turkish Policy Quarterly, Peace and Conflict Monitor. He is also author and co-author of book chapters and methodological manuals on topics of memory, history, and identity in conflict contexts.

Sos Avetisyan holds an MPhil in Russian and East European Studies from St. Antony’s College of the University of Oxford. His research interests are the Post-Communist Transitions, Comparative Democratization, Ethnic Conflicts, Minority Rights, and Diaspora Politics. He is currently a visiting lecturer of European Comparative Politics at Center for European Studies at Yerevan State University as well as Research Coordinator for Global Campus 2017 for the theme “Securitization and the Impact on Human Rights and Democracy: Human Security in the Time of Insecurity”. He is a Teaching Associate of Armenian History at American University of Armenia. He is also regular contributor as political analyst for commonspace.eu news portal. 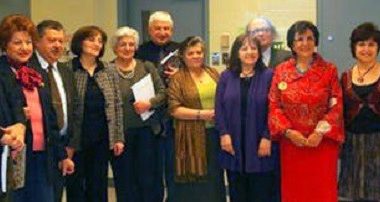 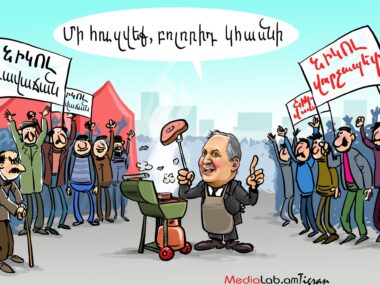 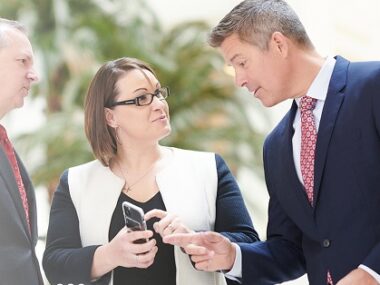 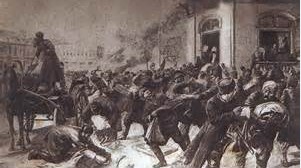