How Many Churches Are One Too Many?

When someone visits Armenia for the first time, the tour itinerary invariably includes a multitude of churches and monasteries. Modern Armenia is a land of churches. Historic Armenia in Anatolia

was also a land of churches, with nearly 4,000 churches and monasteries. The Van Lake region alone had over 300 churches. Ancient Ani, dubbed the "City of 1001 Churches", had 40 churches. We are proud of our churches, awed by their architectural beauty and intricate construction techniques, amazed at their settings perched on inaccessible mountaintops.

When someone visits Armenia for the first time, the tour itinerary invariably includes a multitude of churches and monasteries. Modern Armenia is a land of churches. Historic Armenia in Anatolia

was also a land of churches, with nearly 4,000 churches and monasteries. The Van Lake region alone had over 300 churches. Ancient Ani, dubbed the "City of 1001 Churches", had 40 churches. We are proud of our churches, awed by their architectural beauty and intricate construction techniques, amazed at their settings perched on inaccessible mountaintops.

On the other hand, this obsession with churches, when combined with our tragic history, makes me wonder: "I wish we had fewer churches to visit and instead many more victory monuments such as Sardarabad. I wish our Armenian kings, political leaders and wealthy notables in the past had spent less time, talent, resources and money on these churches and instead, more on fortifications and defense of our lands and territories. When one delves more into the historic reasons why these churches were built, it becomes apparent that they were not necessarily built to meet the religious needs of the population, but to bring glory to the benefactor and perhaps to help him "ease into heaven". Throughout history, our religious leaders have conditioned the benefactors that there is no better way to serve God, Jesus Christ and their Armenian folk than to build another church. Therefore, regardless of political, economic or social realities and upheavals, Armenians have continued building churches in historic and modern Armenia, as well as in all corners of the world, often disregarding other needs and priorities. This was the case in medieval Armenian kingdoms in historic Armenia, continuing in Cilicia and Eastern Anatolia until 1915, then in Diaspora and now in modern Armenia.

The tradition continues today. When future generations look back into the present 22 year-old Armenia and Diaspora Armenians, they will see the challenges of establishing a new country from the ruins of the Soviet Empire, at the same time fighting the deadly Karabagh war, the closed borders and economic blockade by Turkey and Azerbaijan, simultaneously dealing with the disastrous 1989 earthquake, and most critically, the continuing depopulation of Armenia due to lack of employment and investment opportunities. And yet, despite these monumental tasks, they will also see examples of vast church-building activities in Armenia and in the Diaspora. In 1997, in the midst of urgent needs to reconstruct Armenia ravaged by the earthquake and Karabagh destroyed by war, Armenians did find the money to build the Saint Gregory Illuminator Cathedral in Yerevan. In 2001 Armenians in Los Angeles started the construction of a huge cathedral, while there was and is scarce money to keep Armenian schools open. In 2011, an oligarch donated all the funds to build the St Hovhannes Cathedral

in Abovyan, while the starving local population had almost emptied the town. Just last month, wealthy Russian-Armenians opened a vast new cathedral in Moscow. The Echmiadzin Catholicosate has become a state within a state, a Vatican-like complex expanding continuously with new buildings. The combined total expenditure on these large churches, as well as several other smaller church projects, easily exceeds $200 million. These projects are not funded from revenue-generating sources or regular budgets, but instead, from one-time significant donations of benefactors, mostly from the Diaspora. They will not generate any revenues but will create a continuing need for additional donations for upkeep and maintenance.

One wonders if these donations could be used for more worthwhile projects, such as helping Armenians remain in Armenia, or helping Armenians remain Armenian in the Diaspora. There seems to be a widely accepted belief that neither the government nor the church is in touch with the concerns and needs of the common people. During a recent private audience with the Catholicos, he was asked what the Church can do to keep our youth more interested in the Armenian Church and attached closer to their Armenian roots. His curt response was that this "should be done at home and at school". The much-anticipated Bishops' Synod, assembled last month for the first time in 600 years, did not produce any tangible resolutions to address concerns of the ordinary Armenian, be it in Armenia or the Diaspora. Most benefactors do not want or trust to invest in Armenia due to the fear that government corruption and bribes will make their investment useless and therefore, will not generate economic benefits for themselves nor help the Armenian population. Unless the government takes concrete steps to change the valid perception that investments only end up in the hands of the governing oligarchs, there will not be much participation in the desperately needed economic growth of Armenia, which is essential to keep the Armenians from leaving Armenia. In the meantime, the church leaders continue preaching the tried and true argument that the most beneficial donation a benefactor can make for himself and his family is giving to the church.

Of course, there are truly worthwhile church building and restoration projects, with strategic and significant benefits for all Armenians. One example is the restoration of the Ghazantchetsots Church in Shushi, undertaken immediately after the Karabagh war. During the war, Azeris controlling Shushi had used this historic church as an arms depot and military centre, while continuously bombarding Stepanakert below in the valley. Their reasoning was that Armenians would never attack and fire on their church. When Armenian commandos victoriously entered Shushi in May 1992, they found the church in shambles, burnt, desecrated and full of human excrement. Today, it stands as a symbol of victory against all odds.

The other critical restoration project is the total reconstruction of the Diyarbakir/Dikranagerd Surp Giragos Church in 2011, the first time an Armenian church was restored as an Armenian church in historic Armenia after being destroyed in 1915. This project is strategically significant for a number of reasons: First, the restored church became concrete evidence against the denialist state version of history of the government of Turkey, demonstrating that there was a large Armenian presence in Anatolia before 1915. Secondly, it immediately became a religious and cultural centre helping the Turkish and Kurdish population of Turkey understand the realities of 1915, through media events, conferences and concerts. Thirdly, the foundation which restored the church started the process to reclaim the properties belonging to the church but confiscated after 1915, with several properties already secured through negotiations and courts, for the first time since 1915. Fourth, the church became a living Genocide memorial, attracting tens of thousands of Armenian visitors from the Diaspora and Armenia, helping start a dialogue and better relationship with liberated Kurds and Turks who have faced the historical truths of 1915, and now demand their government to do so. Last but not least, the most significant outcome of the restoration of this church has been the emergence of the hidden Armenians. Islamicized Armenians have started ‘coming out’, visiting and praying in the church, getting baptized, participating in Armenian language courses, helping build an Armenian museum on the church grounds, contributing to the security and administration of the church, demanding acceptance of their real identity by the government, and so on. The church acts like a magnet for these people, with over one hundred people visiting daily on average, coming from all over Anatolia, not just Diyarbakir, trying to find their Armenian roots. New initiatives underway to restore and reclaim other destroyed Armenian churches and monasteries in historic Armenia will help accelerate all these outcomes.

It is my sincere hope that future government and Church leaders, as well as future benefactors, will decide more wisely on what projects to invest in, giving higher priority to the needs and wants of the Armenian people than their own.

Raffi Bedrosyan is a civil engineer as well as a concert pianist, living in Toronto, Canada. For the past several years, proceeds from his concerts and two CDs have been donated to the construction of school, highway, water, and gas distribution projects in Armenia and Karabagh—projects in which he has also participated as a voluntary engineer. Bedrosyan was involved in organizing the Surp Giragos Diyarbakir/Dikranagerd Church reconstruction project, and in promoting the significance of this historic project worldwide as the first Armenian reclaim of church properties in Anatolia after 1915. In September 2012, he gave the first Armenian piano concert in the Surp Giragos Church since 1915.

Read More
David Boyajian, 27 September 2012 It is disappointing that the Najarian Human Rights Lecture Series, affiliated with the…
Read More
0
0
0 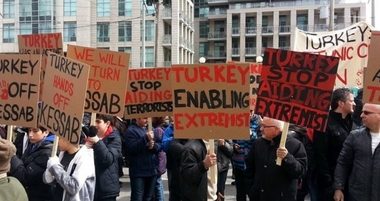 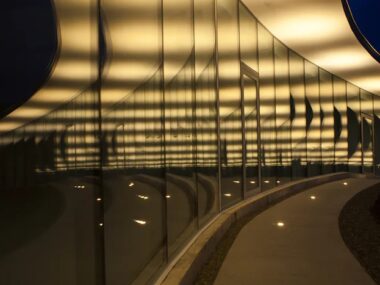 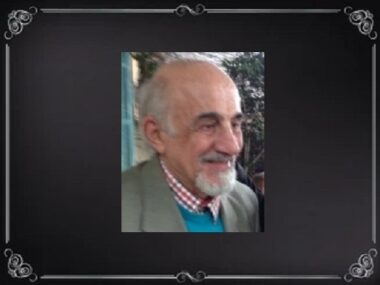