Shahkeh Y. Setian of Mashpee has taught the issue of genocide at Cape Cod Community College, and has also taught development in minority communities at Springfield College. She is currently writing a book about Muslims who saved Armenians during the Armenian genocide.

The Barnstable County Human Rights Commission, which has done some good work, claims that it takes human rights "very seriously" ("Commission supports ‘No Place for Hate," My View, Oct 20).The facts say otherwise.

Shahkeh Y. Setian of Mashpee has taught the issue of genocide at Cape Cod Community College, and has also taught development in minority communities at Springfield College. She is currently writing a book about Muslims who saved Armenians during the Armenian genocide.

The Barnstable County Human Rights Commission, which has done some good work, claims that it takes human rights "very seriously" ("Commission supports ‘No Place for Hate," My View, Oct 20).The facts say otherwise.

The commission still defends the national Anti-Defamation League and its so-called No Place for Hate anti-bias program even though the ADL denies the Armenian genocide and shamelessly collaborates with a major human rights violator, Turkey, in lobbying against recognition of that genocide.

The national ADL’s statement of Aug. 21, 2007, was the very opposite of the genocide acknowledgment that human rights advocates had long requested.

It was deceptively worded so that the premeditated murder of 1.5 million Armenians from 1915 to 1923 would not fit the official definition of genocide in Article II of the United Nations Genocide Treaty of 1948. Echoing Turkey’s own denials, the ADL implied that the Armenian deaths were not intentional but rather merely a "consequence" of wartime conditions.

The national ADL has yet to retract, apologize for or clarify that statement, though the ADL and Barnstable County Human Rights Commission would have you believe otherwise.

Since that time, the city governments of Arlington, Bedford, Belmont, Lexington, Medford, Needham, Newburyport, Newton, Northampton, Peabody, Somerville, Westwood and Watertown have shut down their No Place for Hate programs in response to the ADL’s anti-human rights actions against Armenians.

Those cities and their human rights commissions realized that No Place for Hate, which the ADL created, trademarked, sponsored, funded and certified, had lost its credibility.

While Barnstable County’s commission has been burying its head in the sand, the ADL’s assault on Armenians has become an international scandal, widely condemned by both Jewish and non-Jewish human rights advocates (please visit NoPlaceForDenial).

Had No Place for Hate’s sponsor denied the Jewish genocide and huddled with foreign lobbyists to persuade the U.S. to not recognize that genocide, the Barnstable County commission would long ago have rejected the program and its sponsor. The commission refuses to show similar respect for Armenians and their genocide.

Frankly, this demonstrates that its seven members, sadly including those of Jewish descent who share the Armenian experience of genocide and denial, are giving preferential treatment to the ADL while discriminating against Armenians. The commission is violating its own charter, and the county is violating civil rights statutes.

Every No Place for Hate chapter must be recertified annually by the ADL (local ADLs, by the way, answer to their national office in New York City). Meanwhile, the Barnstable County commission ignores the obvious: No civil or human rights program should be subject to review by a political group that lobbies against genocide recognition.

Every No Place for Hate program, such as those in Barnstable, Falmouth, Harwich, Mashpee and Province-town, must also have been formally approved by the municipality’s public officials. It’s inappropriate for those officials to have implicitly endorsed ADL policy. Moreover, No Place for Hate often invites ADL instructors into public schools. No instructor representing a political group that works to suppress genocide recognition should be lecturing public school children.

The Massachusetts Municipal Association represents every municipality and its elected officials. It very publicly ended its umbrella sponsorship of No Place for Hate earlier this year because of the national ADL’s unconscionable efforts against Armenians. The association recommended that No Place for Hate be replaced by the well-regarded Inclusive Communities program of the National League of Cities.

Officials in Cape Cod communities with No Place for Hate programs need to seriously reflect on the civil and human rights principles that led the Massachusetts Municipal Association to make those decisions and that led 13 city governments and their human rights commissions to sever ties with the ADL program. The Barnstable County Human Rights Commission should do the same.

If the commission doesn’t sever ties with the ADL and rededicate itself to its mandate of truth, honor and non-discrimination, the commission must remove the "human rights" from its name. 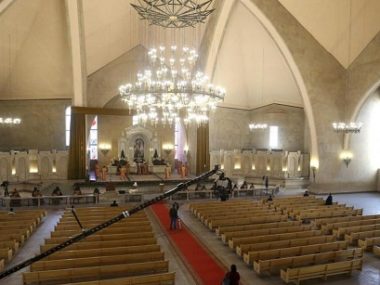 Read More
Jirair Tutunjian, Toronto, 14 March 2016 Six of us were in a Land-Rover traveling through the jungles of…
Read More
0
0
0 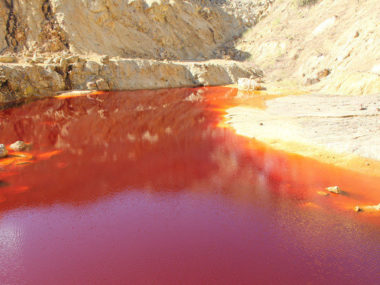 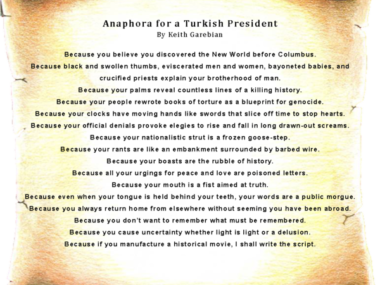