Introductory Books on the Armenian Genocide

As we approach the 100th memorial year of the 1915 state-sponsored mass slaughter of Armenians in the Ottoman Empire, Armenians all over the world will be reflecting in an ever more somber fashion about the deadly fate of so many ancestors. As Armenians continue to seek to fully understand the causes for the horrific crime of genocide, non-Armenians will also become more aware of the Genocide. With far less background on the history and the region, many will inevitably ask their Armenian friends and colleagues: ‘Which are the most helpful introductory books on the Armenian Genocide?’. This is not always an easy question to answer, but as we approach 2015, it becomes an increasingly pressing and germane question. This is not only so for non-Armenians, but even for a younger generation of diaspora Armenians.

As we approach the 100th memorial year of the 1915 state-sponsored mass slaughter of Armenians in the Ottoman Empire, Armenians all over the world will be reflecting in an ever more somber fashion about the deadly fate of so many ancestors. As Armenians continue to seek to fully understand the causes for the horrific crime of genocide, non-Armenians will also become more aware of the Genocide. With far less background on the history and the region, many will inevitably ask their Armenian friends and colleagues: ‘Which are the most helpful introductory books on the Armenian Genocide?’. This is not always an easy question to answer, but as we approach 2015, it becomes an increasingly pressing and germane question. This is not only so for non-Armenians, but even for a younger generation of diaspora Armenians.

Five quite different books come to mind as suggestions:
Facing History, Crimes Against Humanity and Civilization: The Genocide of the Armenians (Brookline, Massachusetts, 2004, ISBN: 0-9754125-0-7; 198 pages) (Also available in electronic format from Facing History & Ourselves.)

Facing History, based in Brookline Massachusetts, is the pre-eminent educational

organization preparing high school instructors on how to teach about difficult topics such as the Holocaust, genocide, racism and intolerance and how to foster human rights and democracy.

The book’s title reminds us of the birth in May 1915 of the international legal concept of “crimes against humanity”. The important new term was used to describe the Young Turk deportations and massacres of Armenians. This book is used extensively in both Facing History teacher workshops and by high school classes on genocide in Canada and the United States. The book explores the psychological and historical factors that gave rise to genocide and its devastating consequences. The book is quite effective and well tested in the classroom. It is broken up into 47 smaller manageable sections, with good use of pictures, maps, posters, background information boxes and, at the end of each chapter, thoughtful discussion questions.

The topic of genocide is an extremely difficult emotional and intellectual journey to travel in a single volume; hence the attraction of breaking down the complex subject matter into more manageable steps. While intended for a senior high school audience, this is a well-crafted and balanced volume that would be an excellent introduction for any adult. I continue to use the book with high school classes. Particularly useful for teachers, an electronic version can also be downloaded from the Facing History website:

Peter Balakian is a well-known Armenian-American poet, academic and political history author. Known primarily for three books on the

Armenian Genocide (Black Dog of Fate (1997), The Burning Tigris (2003) and Armenian Golgotha (2009), the latter by his great uncle Grigoris Balakian), Peter is a high-profile public figure who speaks eloquently on the Genocide.

Reflecting his literary training, the writing in The Burning Tigris is poignant and profoundly moving. Many American readers have been influenced by this volume. Balakian divides the book into four major sections, commencing with the 1890s Hamidian Massacres and subsequent American humanitarian relief efforts. The next section describes the Young Turks violent revolutionary seizure of power and the impact of World War I which hastened the draconian sense of urgency, growing state secrecy and centralized coercive planning for genocide. The heroic efforts of international witnesses such as American Ambassador Henry Morgenthau, other diplomatic staff and missionaries are described in the next section. The final portion notes the seemingly doomed efforts of Woodrow Wilson for a more just post-war world and the precedent-setting, but largely ineffective Ottoman Courts-Martial in Constantinople. The epilogue deals with the problem of continued Turkish government genocide denial and American complicity in this. The book is accompanied by a substantial collection of heart-wrenching black and white photographs.

While other more detailed scholarly works by Vahakn Dadrian, Richard Hovannisian and Taner Akcam are available on the Armenian Genocide, The Burning Tigris offers a very readable narrative and can serve as an effective introductory volume for non-Armenian readers. It is readily available at many bookstores.

Taner Akcam is the leading Turkish scholar writing on the Armenian Genocide. He is a remarkably brave academic who has pioneered in the use of extensive Ottoman and

German archival sources and offered innovative themes. As a professor of History, he currently occupies the Kaloosdian/Mugar Chair in Armenian Genocide Studies at Clark University. Most recently, he has co-authored with Vahakn Dadrian the pioneering volume Judgment at Istanbul: The Armenian Genocide Trials.

The title A Shameful Act is taken from a critical comment by Mustafa Kemal Ataturk about the treatment of the Armenians during WW I. Akcam’s book commences with the challenges facing the crumbling Ottoman Empire and the bleak and bloody fate of its non-Muslim population as the multinational Empire is radically transformed into a nationalist Turkish Republic. The Empire’s loss of its Balkan lands was a traumatic shock that unleashed a wave of desperate and angry Muslim refugees. Under the conditions of war, the Armenian question took on an urgent and dramatic turn.

Akcam’s focus is on the centralized decision-making of the revolutionary Young Turk ruling elite and their draconian decision to commit genocide. The documentary evidence offered is impressive, with a great amount from Turkish primary sources. It is meticulous scholarship updated from a book Akcam originally published in Turkish in Ankara in 1999. Despite the enormous number of footnotes, this English translation is well-written and is an important volume on the Armenian Genocide. The Turkish language version has already had a major impact in Turkey.

Given the focus on the Turkish political-military decision-making elite and its genocidal decisions, there is at times less descriptive account about the enormous suffering of the Armenians. That was not the primary purpose of this volume. The goal was to document Turkish malevolent intent, planning and responsibility. This volume achieves that educational goal resoundingly.

That said, it does raise a question that often arises in books on genocide. To understand why such terrible events occur, we must look at the causes. Hence we need to analyze the perceptions, motives, plans and deeds of the people who commit genocide. However, above all we need to understand what the victims experienced and the enormous impact of genocide, both in the past and ongoing. To understand the cause of genocide we must study the perpetrators, but to really comprehend what genocide involves, we must first and foremost listen to the voices and words of the victims. As brave and pioneering as Akcam is as a scholar, his volume seems more suited as a second, more advanced book to read, not as an introductory account of the Armenian Genocide. That said, this is probably the best book for a Turkish audience to read.

Robert Melson, a survivor of the Holocaust, is an illustrious, pioneering genocide scholar. He was a distinguished professor of political science and co-director of Jewish Studies Program at Purdue University.

and is still highly cited in academic circles. It is an impressive comparative volume which looks in depth at both the Holocaust of World War II and the Armenian Genocide of World War I. This is a remarkable volume with extensive documentation, a powerful analytical framework, and a wonderfully effective writing style, that is no doubt enhanced by his personal experiences as a child having fled genocide.

The book is divided into three major historical sections. The first explores the background and conditions in the pre-revolutionary ancien regime of the Ottoman Empire and Imperial Germany. The second section documents the violent revolutionary goals and ideology of the Young Turk and Nazi parties. The concluding section compares the similarities and differences between the Armenian Genocide and the Holocaust and explores the ruthlessly ambitious and violent nature of revolutionary genocidal regimes. Chapter #8 is often reprinted justifiably in edited genocide collections. It is one of the best comparative summaries in existence of the two genocides.

While the book is analytically comparative, the format proceeds with one chapter on the desperate plight of Armenians, followed by one on the deadly fate of so many Jews. Due to the strong analytical framework employed, the reader is successfully pulled along in the twinning of the case studies. The Holocaust is the most known genocide and the comparison, both of similarities and differences, with the Armenian Genocide is quite instructive, even for an advanced reader.

This is a book that I have often used as one of the core texts in my university classes on genocide. Melson’s book was praised by my students. If I were to strongly recommend only one book for Armenians to read on the 1915 genocide, this would probably be the volume I would select. Part of the reason for this is that I have found that too often Armenians lack a sufficient theoretical understanding of the common features and dynamics of genocide in general. And too frequently they also display a woeful lack of sufficient knowledge of other genocides. This is the book that can address such gaps and deficiencies. It is also a powerfully effective volume for non-Armenians to learn about the terrible sequence of events of 1915.

which he discovers insights into his family history. It begins with Peter growing up seemingly as a typical sports-devoted American teenager, but gradually layers of the extended family history are pealed back to reveal the horrific suffering of the Armenian people and the need of the survivors to bear witness. The family autobiography increasingly travels back in time to his family’s roots in the Ottoman Empire and the terrible turmoil of 1915. This personal memoir probes beneath the surface of a peaceful ordinary life in New Jersey suburbia to reveal the almost hidden, but powerful memories of genocide.

Vast numbers like one and a half million are exceedingly difficult to comprehend and can be numbing for the outsider. But personal family accounts can be profoundly moving and extremely effective in communicating to the reader the emotional magnitude of the losses involved in genocide. Black Dog of Fate had a major impact on many non-Armenians and young Diaspora Armenians. It received a glowing New York Times recommendation and was reprinted in an expanded anniversary edition just over a decade later. It remains a classic introductory paperback on the 1915 Genocide. For a young teenage reader, it is an ideal book. For others, it can be a nostalgic and quite moving account about an adolescent coming of age and acquiring adult insight into one of the major genocides of the 20th century. It is a memoir about a land of immigrants, with so many heart-wrenching stories of what their ancestors have endured. We should learn and remember.


We all need to better learn and understand. These five books can provide a helpful introduction to this profoundly painful, but crucial topic. If on April 24, each Armenian family would give a copy of one of these books to a colleague, friend, public or school library, more people would have a better chance to know and begin to understand how 1915 has defined so much of the Armenian nation.
Alan Whitehorn is author of a number of books on the Armenian Genocide, including Just Poems: Reflections on the Armenian Genocide.
Total
0
Shares
Share 0
Tweet 0
Pin it 0 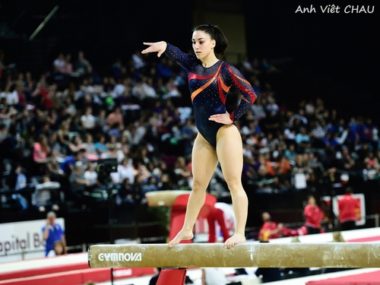