When we posted the below editorial nearly a decade ago, we titled it “Our Jewish/Israel Problem”. Ten years on, we have decided to republish the editorial because of its currency but have amended it by the headnote: “Israel’s/Jewish Diaspora’s Armenian Problem”.

“Dogs can enter, but no Jews, no Armenians”, Source: The Canadian Jewish News

While for decades Israel and AIPAC (the Jewish lobby in the U.S.) were the engines that drove America’s refusal to recognize the Armenian Genocide, during the recent U.S. recognition of the genocide the Jewish lobby didn’t oppose the long-overdue decision. It’s no secret their decision had little to do with the truth or justice.

When we posted the below editorial nearly a decade ago, we titled it “Our Jewish/Israel Problem”. Ten years on, we have decided to republish the editorial because of its currency but have amended it by the headnote: “Israel’s/Jewish Diaspora’s Armenian Problem”.

“Dogs can enter, but no Jews, no Armenians”, Source: The Canadian Jewish News

While for decades Israel and AIPAC (the Jewish lobby in the U.S.) were the engines that drove America’s refusal to recognize the Armenian Genocide, during the recent U.S. recognition of the genocide the Jewish lobby didn’t oppose the long-overdue decision. It’s no secret their decision had little to do with the truth or justice.

The Jewish lobby backed the recognition because of “Mr. Reckless” Erdogan’s numerous anti-American trespasses. Meanwhile, the Jewish and Israeli lobby have signaled to Turkey and to Azerbaijan that Tel Aviv (or Jerusalem) remain staunch allies of Turkbeijan. There’s no other explanation for Israel’s three-pronged anti-Armenian policy: no recognition of the Armenian Genocide, multi-faceted assistance to Azerbaijan, and almost-weekly attacks on Armenia and Armenians by Israeli/Jewish hired mouthpieces and gunslingers, usually in the Israeli media. Thus, “Israel’s/Jewish Diaspora’s Armenian Problem”.

Israel and the Jewish Diaspora have an Armenian Problem. They should check their morality. They should examine their much-professed struggle for justice and the truth. They should pore on their claim of being “light into humanity”. How can a people who are insensitive to the suffering of a small and much-tormented people claim to be the “People of the Book”?

For a small state, Israel certainly garners a great deal of international media coverage and attention at global forums, especially in the West. For a nation of 15 million, Jews likewise get far more attention than nations (Brazil, Indonesia) which are more than ten times numerous. We don’t intend to go into all the religious, political, economic, military, and media ownership reasons for the above state of affairs. Here we intend to focus on the complex, multi-layered, apparently contradictory relationship and attitude Armenians harbor towards Jews and Israel. Our collective stance towards Jews is particularly interesting because, for centuries, other nations have commented on the close similarities between Armenians and Jews. Nowadays, some people also see similarities between Armenia and Israel–small countries surrounded by hostile neighbors; two states which have reappeared on the political map after centuries of exile.
Like most states and nations, we have a multi-dimensional attitude towards Jews/Israel–a unique brew of admiration and jealousy; gratitude and disappointment; proximity and fear; identification and hostility; condemnation and envy.

Historically, we have had mixed feelings about Jews. While our religion is based on Judaism (most of our saints are Jewish), historically and like other Christian nations we have condemned Jews for crucifying Christ. We also do not appreciate the Chosen Race pathology of some Jews. Meanwhile, a minority of Armenians blames Christianity–progeny of Judaism–for most of the ills Armenians have suffered in the past two millennia. A typical rhetoric of this attitude goes like this: “Christ was crucified once; Armenians have been crucified for Him for two-thousand years.” Then there’s the latent Aryan racism, among a minority of Armenians in Armenia who would like to revive pagan, pre-Christian Armenia. This fringe group considers non-Aryans–especially Jews–an undesirable race. The above aberrant streaks are often wrapped up in the convenient–although misleading–term of anti-Semitism.  Yes, a minority of Armenians are smitten by the universal disease of anti-Semitism.

Our traditional brand of anti-Semitism has been fed, in the past century, by real or imaginary misdeeds of the Jews against Armenians. Some Armenians believe that Tala’t Pasha, a crypto Jew, and other key members of Committee of Union and Progress, such as Emmanuel Carasso and proto-Zionist Vladimir Jabotinsky, were responsible for the Genocide of Armenians. Other Armenians also believe that Mustafa Kemal, who tried to complete the slaughter the Young Turk had begun, was also a secret Jew. The reason for the alleged Jewish hatred of Armenians? Jews of the Ottoman Empire wanted to have a monopoly of the professions in Turkey. They saw Armenians and Greeks as rivals. Still other Armenians maintain that the Genocide of Armenians was initiated by the Rothschilds, who had huge investments in the Baku oilfields and saw politically mature Armenians as a divisive, anti-capitalist, trouble-making presence in Southern Caucasus and in Anatolia.

Since Turkey was one of the first states to recognize Israel (in addition to sending much-needed food to the new-born country in the late ‘40s and the early ‘50s), there have been close diplomatic, political, military, and economic ties between the two countries. One negative outcome–for Armenians–of this friendship has been Israel’s denial of the Genocide of Armenians. As well, Israel has been a key weapons provider and military/espionage trainer to the Azeris. Consequently, it’s no accident that Armenia’s sole diplomatic presence in Israel is a Jerusalem-born Armenian who acts as an honorary consul, making appearances at low-level diplomatic functions.

Israel’s denial of the Genocide of Armenians is made worse by Tel Aviv’s diktat to Jewish leaders living in the West (particularly in the United States) to act on behalf of Ankara in the latter’s campaign to halt Armenian Genocide recognition. Israel’s policies vis-à-vis the Genocide has been particularly galling and hurtful to Armenians–a long-suffering ethnic minority like the Jews. In addition to actively promoting Turkish revisionism, Jewish-American historians (Bernard Lewis, Guenter Lewy, Stanford Shaw, etc.) have been at the forefront of the Turkey’s North American campaign to deny the Genocide of Armenians. This is compounded by some petty but mainstream North American Jewish groups which see our Genocide as a “rival” to their Shoah (Holocaust). Critics have called this a Jewish attempt at “monopoly of misery”. Armenians are considered by these North American Jews as “Johnny-come-lately” who is trespassing on the “Jewish genocide turf”.

The above is further compounded by the widespread perception among Armenians and other nations/states that Israelis and Diaspora Jews are one and the same; that they march to the same drum beat. This conclusion is a result of a widespread Jewish Diaspora attitude of “Israel right or wrong”. No matter how deplorable Israeli foreign and domestic policies, a large percentage of Diaspora Jews feel compelled not to criticize Tel Aviv, no matter the barbaric policies of Menachim Begin, Ariel Sharon, Benjamin Netanyahu, et al. Armenians are particularly sensitive to the plight of Palestinians because they see similarities between the tragedy of Palestinians and that of Armenians, and because so many Diaspora Armenians were born or live in Arab countries. Armenians also feel grateful to the Arabs for welcoming our wounded, our exiled and impoverished parents and grandparents, who found life-saving shelter in the Arab World after the Genocide and deportations.

But Armenians also have positive feelings towards Jews as a people and Israel as a state.

We admire how Jews, scattered all over the world, managed to create–at an incredible speed–a prosperous, advanced, and militarily powerful state in the Middle East. We also admire their love of education, their discipline, creativity, innovative spirit, and social/political activism wherever they reside. Take out the Jewish communities from North America or from Britain and France and these major Western countries will become far less dynamic and far less exciting places to live. In the arts and in the sciences, Jews have helped–more than any other ethnic group–decide the features of the modern Western world.

While a number of Ankara-client Jewish historians have made life difficult for Armenians and non-Armenians fighting for Armenian Genocide recognition, a far greater number of Jewish historians have supported the Armenian side. In fact, the most influential body of genocide historians–The International Association of Genocide Scholars (IAGS)–is largely made up of Jews. This crucial association has published, at great expense, full-page ads in The New York Times, The Washington Post and elsewhere to combat Turkish denials. A few months ago the group also chided–in an open letter– the Turkish president for its blind denial of the Armenian Genocide. When it comes to credibility, IAGS beats hands down all the high-priced Ankara propaganda and the efforts of international public relations firms hired by Turkey to deny the Genocide. And, of course, no Armenian would fail to remember, with deep gratitude, Henry Morgenthau, American Ambassador to Turkey; Franz Werfel (“The Forty Days of Mush Dagh”), who in the ‘30s singlehanded revived Europe’s and North America’s memories of the Genocide of Armenians. Armenians are also grateful to jurist Rafael Lemkin, who coined the word “genocide” to describe what the Young Turks had done; and to missionary/amateur diplomat Dr. Johannes Lepsius. As Armenians know, the first three were Jews, while Dr. Lepsius was half-Jewish.

It’s immoral, illogical, racist, and self-defeating for Armenians to lump all Jews together when it comes to our national and state relations. Right now Israel is no friend of Armenia or Armenians, although recent Erdogan criticism of Israel might impact Israeli/Turkish and Israeli/Armenian relations. Meanwhile, Diaspora Armenians should approach Diaspora Jews as individuals. Some will be our friends; others will be beating the Turkish drum. Let’s not estrange or lose our Jewish friends by tarnishing them with the same black and broad brush, and automatically assume that they are ignorant, blind or uncaring of our just struggle. Let us work to make our common interests and mutual admiration determine our relationship, rather than be swept by the negative tides. Ankara would love to see dissension between Armenians and Jews. 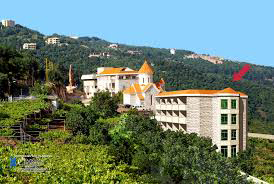 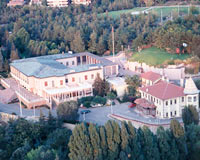 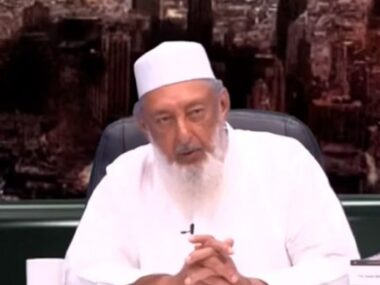 Read More
Sheikh Imran N. Hosein, one of the most prominent and popular global Islamic scholars, has called on Muslims…
Read More
26
0
0 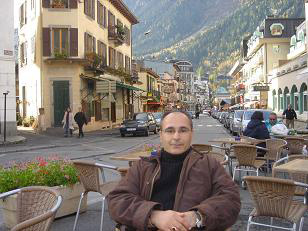