Within a week the fate of Jirayr Sefilyan will be sealed.  Not long ago he was hailed as a national hero for his participation in the liberation of Shushi.  Today he is treated as a persona non grata by the authorities of his own motherland.

Within a week the fate of Jirayr Sefilyan will be sealed.  Not long ago he was hailed as a national hero for his participation in the liberation of Shushi.  Today he is treated as a persona non grata by the authorities of his own motherland.

History, old and contemporary, furnishes numerous examples of people holding foreign citizenship and being bestowed with honorary or legal citizenship of a new country. It’s enacted in recognition of exceptional contributions, valor, and sacrifice, especially when such persons have been in harm’s way in the interest of a nation or a country.  It is not uncommon to grant citizenship even to mercenaries, let alone to people who have voluntarily risked their lives.

That’s under usual circumstances… but nothing about contemporary Armenia and Nagorno Karabagh has been usual, and therein lays the tragedy of Sefilyan’s case. In addition to the political reasons there is another subtle dimension to why Jirayr is “undesirable” and threatens the existing order in Armenia.

It has been questioned why it took so long for Sefilyan to apply for citizenship. Was it due to neglect or something more sinister played a role? Some give credence to rumors that he was involved in illegal activities including trafficking of arms and drugs.  Hence retaining his previous Lebanese citizenship and not acquiring that of Armenia could have come handy in case matters went wrong. It is further stated that he had “announced to clamp down on the hands of those preparing to subvert the 2007 parliamentary elections” and thus he “crossed the line”. Whether these assertions are true or not is irrelevant to the following discussion.

What is curious is that he was not granted citizenship of Nagorno Karabagh or Armenia at the height of his heroic career or shortly afterwards. Did the authorities in either republic have to wait for him to make an application? Having followed the metamorphosis of certain native fighters into small and big chieftains it is not unusual at all to postulate that Jirayr did not and does not fit into the ranks of the common fold. Who is he to tell others what to do and how to behave? After all he is a foreigner.  For some the concepts of Diaspora and Diasporan continue to remain badly perceived terms in Armenia; they are devoid of emotive values.

Officially both in the Diaspora and in Armenia we claim to be free from bigotry, but in reality deep down we have not been liberated from it yet. Witness how a Djebel Musatsi will trust more his fellow compatriot, the same goes for the Kesabtsi, the Bolsahay …The Armenian who came to North America in late 19th century did not give recognition to the newcomers, found almost nothing in common with the new Armenian immigrants following the Genocide. The list goes on.

When the first Republic of Armenia was declared, Toorkahays from Van and other vilayets of Western Armenia constituted a substantial portion of the population.  In time children of the Genocide who grew up in the Diaspora preferred to be called Arevmedahay and dissociate themselves from the designation that included the word Toork. By and large this matter remained a moot issue for the native people of Armenia. To this day even well educated people continue to use the word Toorkahay without realizing that it involves a certain element of insensitivity. It is not necessarily used with malicious or disrespectful intent. However, it is not uncommon as well to hear the expression Toorky menatsort right in Yerevan. Witness the near violent skirmishes between Armenian students from the Diaspora and native Armenian students as late as in mid seventies. Peace was restored only through the intervention of the authorities. It may have been an isolated incident then, but remains symptomatic of a pervasive attitudinal matter which is unresolved.

How about akhbar-s who repatriated to Armenia after World War II? They populated Armenia and saved the country from losing its status as a republic. Some assumptions are provided why Armenians were brought from abroad. One theory is that Stalin had plans to recapture Kars and Ardahan and needed people to populate. Whatever the reasons the fact remains that new blood was injected into Armenia. The word akhbar, however, continued to be in circulation in a derogatory manner.

Subsequently a new term came to existence. Those who repatriated later from various Middle Eastern countries including Cyprus were called akhmakh. Do you blame those who took advantage of their previous French citizenship and returned back to the Diaspora?

Shortly we shall be witness to whether the authorities in Armenia can foremost shed the bigotry that they have inherited by setting free this undesirable akhbar, toorkahay, toorky menatsort and akhmakh fellow.  Deporting Jirayr with a stroke of a pen is easy, but gaining the trust of the independent minded Diasporans, the majority, is not. Explanations couched in political excuses will fall on deaf ears 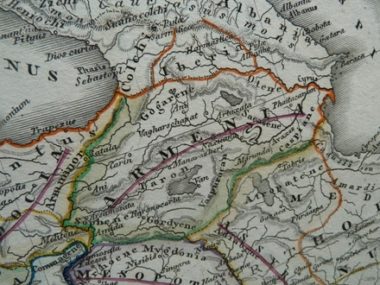 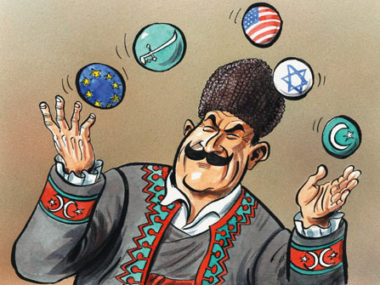 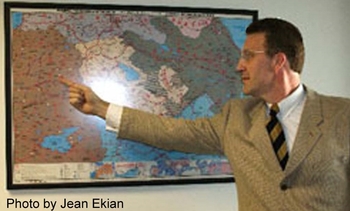 Read More
Nicholas Keung, thestar.com, 8 June 2011 Thanks to a post-war immigration policy that has focused on ushering in…
Read More
0
0
0