begun in earnest. In the next three years, leading to 2015, Armenians around the world are expected to launch focused, intense and well-orchestrated projects to raise awareness around the world of Turkey’s monstrous crime, to persuade, or to shame Turkey into admitting its deliberate attempt to exterminate a whole race. Meanwhile, Turkey has announced its counteroffensive. In the last week of December, Turkish diplomats held a closed-door and extraordinary meeting in Istanbul to draft their anti-Armenian Genocide strategy. The meeting was chaired by Foreign Minister Ahmed Davutoglu.

begun in earnest. In the next three years, leading to 2015, Armenians around the world are expected to launch focused, intense and well-orchestrated projects to raise awareness around the world of Turkey’s monstrous crime, to persuade, or to shame Turkey into admitting its deliberate attempt to exterminate a whole race. Meanwhile, Turkey has announced its counteroffensive. In the last week of December, Turkish diplomats held a closed-door and extraordinary meeting in Istanbul to draft their anti-Armenian Genocide strategy. The meeting was chaired by Foreign Minister Ahmed Davutoglu.

As Armenians get together in their homes, churches, clubs, party headquarters, community centres and conference halls in the next three years, inevitably someone will criticize Armenians—individually and collectively—for not imitating successful Jewish efforts to influence public discourse. The wail—“why can’t we be as well organized as the Jews?” will ring from Los Angeles to Lausanne, from Montreal to Moscow. The call, supposedly made to be constructive, is like a pail of icy water in the face on a freezing day. The overly-ambitious advice sabotages our efforts rather than advances them. A mole hill will not become Mount Everest because someone wishes it so. History tells us that the impractical strategy or tactic—a commonplace interjection—will be offered with greater frequency leading up to the Genocide’s Centenary.
Once and for all, Armenians should forget the above trope. Armenians are not Jews. Armenians don’t have the clout or wealth Jews have: no ethnic group has. We are not interested here in analyzing the reasons for Jewish puissance . Whether it’s based on genetics or culture (the nature or nurture argument), whether it’s because of their holy books, the weight they give to study and education, their defensive reaction to the hatred and persecution they have suffered… these are not the issues on the table. We aim to underline why it’s futile for Armenians to beat their chests, to don hair shirts as they deplore lack of Armenian power when compared to Jewish power.

Forget the Jews. Jews are in a different league. We could compete with them successfully in the Ottoman Empire, but today’s world is not (thank God) that bad excuse for a country. That was another time, another place and different circumstance.

It’s no “Breaking News” that wherever they live, Jews are among the elite of that country. They are in the elite economically, culturally and practically in every other field. Because this is also a fact in Western Europe, North America and Australia, it doesn’t make much difference when we rely on United States statistics to make our point.

Mark Twain is one of many people who have addressed the issue of Jewish success. He wrote in "Harpers" magazine (1899): “…If statistics are right, then Jews constitute but one percent of the human race. It suggests a nebulous dim puff of stardust lost in the blaze of the Milky Way. Properly, the Jews ought hardly to be heard of, but he is heard of, has always been heard of. He is as prominent on the planet as any other people, and his commercial importance is extravagantly out of proportion to the shallowness of its bulk. His contribution to the world’s list of great names in literature, science, art, music, finance, medicine and abstruse learning are also away out of proportion to the weakness of his numbers. He has made a marvelous fight in this world, in all the ages; and had done it with his hands tied behind him. He could be vain of himself, and be excused for it.” Similar accounts have been written or uttered by philo-Semites, anti-Semites and unbiased observers.

Although American Jews make up 2% of the country’s population, 21% of US Ivy League students are Jews, 26% of Kennedy Centre honorees are Jews, 37% of Academy Award-winning directors are Jews, 38% of the people on a recent “Business Week” magazine major philanthropist list were Jews. Fifty-one percent of the Pulitzer Prize-winners for non-fiction were Jewish. Jews are also prominent on a long list of US literary and scientific prizes.

Those professions that require the greatest intelligence in which to perform well (US Supreme Court law clerks and elite college faculty) the proportion of Jews approaches 30%. Wherever you turn in the United States—economics, politics, law, Fortune 500, literature, arts, entertainment, media, high-tech entrepreneurs, investing, manufacturing, real estate, science, social activism, opinion making, consulting, marketing…you will bump into Jews as a dominant presence. As well, 60% of all employed Jews are in one of the three highest status job categories (professional, technical, management, executive, business and finance.) Jewish Americas comprise 33% of American millionaires, 40% of billionaires and 45% of “Forbes” 40 richest Americans.

Some 54% of all world chess champions have been Jews.

Tel Aviv is one of the world’s foremost entrepreneurial hot spots. Israel ranks second, behind the US and ahead of Canada, in the number of companies listed on the NASDAQ. It attracts as much venture capital as France and Germany combined.

Israel’s $100-billion economy is larger than the combined economies of its immediate neighbours. Between 1980 and 2000 Egyptians registered 77 patents in the US. Israel registered 7,652. Israel produces more scientific papers per capita than any other nation by a large margin. After the US and Holland, Israel has the highest (24%) percentage of university graduates in its workforce. In proportion to its population, Israel has the highest number of start-up companies in the world. In absolute terms, it has (3,500) the second-largest number of start-up companies in the world. Most of the companies are in technology.

Before chiding why Armenians can’t be as effective as the Jews, let’s study the

histories of both people. Let’s remember that Jews invented Judaism and Christianity. These two religions also inspired and influenced Islam. Despite persecution almost everywhere, they have thrived and contributed in countless ways to humanity. They even helped invent capitalism. They also helped invent capitalism’s arch-enemy—communism. The three top influencers of the modern world—Karl Marx, Dr. Sigmund Freud, Dr. Albert Einstein—were Jews. Jews were the engine of the US labour movement, Civil Rights, liberalism and of feminism. Now they are leading pilots of globalism. Some believe we are living in the Nuclear Age… in the Computer Age… in the Age of Anxiety… Some would say we are living in the world Jews have invented. The latter is an exaggeration but there’s no doubt that this is the Golden Age of Jews.

As Armenians, let’s do the best we can, and forget what Jews could/would do. We are not them; they are not us. Give or take a couple hundred, there are about 5,000 big and small nations in the world. Why pick the most successful as the people we should outdo? Let’s not be masochists. Let’s not be distracted.

We are Armenians. We love our nation–an old, honorable and high-achieving people. We have many, many strengths, redundant to list here. Despite our small number and tortured history, we have achieved greatness with enviable frequency. We have made ourselves be heard–witness our recent victory in France re the law about Armenian Genocide denial. Like Jews, we have made a name wherever we have lived away from our motherland. Persians, Byzantium, the Arab empires of the Middle Ages, the Memlukes, even the corrupt Ottomans, Shah Abbas, the Mughals of India, and the Soviets have valued the Armenian genius, the enterprising and creative spirit.

Arriving in the Arab Middle East as penniless orphan survivors of the Genocide, fragile strangers in strange lands, Armenians soon built not only churches, schools and clubs, but also founded numerous newspapers, drama groups, sports leagues, Boy Scouts movements…they published books and numerous newspapers and even established a feminist journal in Lebanon in the ‘50s. They contributed to their new countries, becoming professionals, business entrepreneurs and artists. They represented their new homelands at international gatherings. Away from Ararat, they acted as modem between the West and the East—a nation of individual bridges. Diaspora Armenians alone have contributed a far greater number of geniuses to the modern age–since the Genocide of Armenians– than 75-million strong Turkey has done. 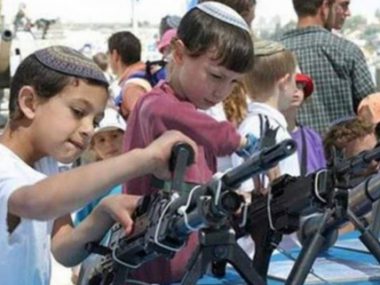 Read More
The Armenian Americans for Human Rights, Veternas Today, 22 August 2018 You may recall the national and international…
Read More
0
0
0