Looking Back and Going Forward

This article is an edited version of a presentation given in April before a Massachusetts Armenian American audience.-Ed.

There is a cynical saying that contains a kernel of truth: “One death is a tragedy, a million deaths is a statistic.”

This may apply to the Armenian genocide committed by Turkey from 1915 to 1923.  It truly is hard to conceive of 1,500,000 murders unless you or your family experienced this genocide.

This article is an edited version of a presentation given in April before a Massachusetts Armenian American audience.-Ed.

There is a cynical saying that contains a kernel of truth: “One death is a tragedy, a million deaths is a statistic.”

This may apply to the Armenian genocide committed by Turkey from 1915 to 1923.  It truly is hard to conceive of 1,500,000 murders unless you or your family experienced this genocide.

And it wasn’t only the murders of the men, women, and children — the clergy, community leaders, intellectuals, doctors, extended families, housewives, peasants, teachers, students, businesspeople, merchants, farmers, crafts people, writers, poets, artists, musicians, and resistance fighters. Nor was it only that many Armenian women and children were abducted by Turks, forcibly Islamized, and worse.

Even the Western Armenian language — somewhat different than the Eastern Armenian dialect of present-day Armenia — was dealt a severe blow.  It is officially considered endangered by the United Nations.

Yet, against all odds, the survivors — our parents, aunts, uncles, cousins, grandparents, great-grandparents and you — rose from the ruins and built lives, families, communities, and churches. But then, isn’t starting over what we Armenians have done many times for thousands of years?

The survivors found refuge in many other countries, such as America, helped by their generosity and that of the Near East Relief and churches worldwide.

Other Armenian survivors fled east to the Armenian region of the Russian Empire and the then Republic of Armenia, which was reborn in 1918. These, too, were invaded and targeted for genocide by Turkey during and after WW1, until the Armenian Republic was taken over by the Soviet Union in 1920.

The genocide of 1915 was preceded by what the world today would also call genocides: Massacres in the Cilicia region in 1909 and on the Armenian Plateau — now referred to as eastern Turkey — in the 1890s. Some Armenians who lived through those bloodbaths escaped abroad before 1915.

During the period of the Armenian genocide, Turkey also perpetrated genocides against Assyrian and Greek Christians.

Though we may think of its occurring only in 1915, the Armenian genocide continued until at least 1923, five years after WW1 ended.

Mustafa Kemal Atatürk, the first president of the so-called Turkish Republic founded in 1923, is still continually praised in the U.S., Europe, and elsewhere as some kind of hero. They are really just parroting Turkish propaganda.

Atatürk continued the genocide begun by his predecessors. And in 1920, he ordered his generals to “destroy Armenia politically and physically.” They failed, otherwise today there would be no Armenia whatsoever.

Atatürk brought Turkish officials who had carried out genocide, such as Abdülhalik Renda and Şükrü Kaya, into his new government.

Though Turkey and its defenders deny that it committed genocide, they acknowledge that many Armenians died in that period. Turkey alleges that Armenians rebelled and so had to be “deported” and that famine, disease, inclement weather, and Turkish and Kurdish bandits, not the Turkish government itself, took Armenian lives.

The real reasons are otherwise.

In 1914, Turkey entered WW1 to enlarge its empire, which already encompassed much of the Middle East, including today’s Lebanon, Syria, Iraq, Palestine, Jordan, Israel, and more.

Turkish foreign policy was based on Pan-Turkism. Turkey aimed to expand eastward, toward the Turkic-speaking Muslim regions, what are now Azerbaijan and countries such as Kazakhstan and Turkmenistan.

The political philosophy known as Turkification had also taken hold. Non-Turkish and non-Muslim peoples of the Turkish Empire were considered undesirables. Moreover, the Armenian regions of the Turkish and Russian empires stood in the path of Turkey’s eastward thrust. Armenians had to be eliminated.

What historian Vahakn Dadrian refers to as “a culture of massacre” also played a major role.

Acknowledging and punishing the crime of genocide are, of course, central to preventing present and future genocides in the world. But is the Armenian Genocide relevant to Armenia today? It is.

First, the reduced population of today’s Armenia makes it more vulnerable and can be traced in large part to the genocide.

Due to broken promises by the world powers in the 1920s, Armenia became landlocked and greatly limited in size. As a result, Armenia now lacks direct access to the Black Sea and, therefore, to Europe and Russia. Armenia must depend on problematic routes, notably through Georgia, for all overland imports and exports. Of course, Turkey and Azerbaijan’s borders with Armenia remain closed.

Moreover, Pan-Turkism poses largely the same dangers now as during the genocide. Turkey is extending its reach into Azerbaijan and Central Asia’s newly independent Turkic-speaking states.

Pan-Turkism may be even more of a threat today because the United States, Europe, and NATO actually support the spread of Turkish influence to the east. For example, they’ve built pipelines to pump oil and natural gas from Azerbaijan and Central Asia through Turkey into Europe, and more are planned. The West also seeks to remove Russian influence from the region. This would deprive Armenia of its only ally.

Greek, French, and other intelligence agencies say that in 1993 Turkey would have invaded Armenia during the Artsakh/Karabagh war had a coup d’état against Russian President Boris Yeltsin succeeded.

Whether we like it or not, Armenia’s military alliance with Russia is a natural one because, like Armenia, Russia opposes Pan-Turkism.

Some Armenians believe that Armenia is not an important country. The contrary is true: Armenia is pivotal in the continuing confrontation between Western countries and Russia.

Without Armenia, Russia’s position in the Caucasus would collapse since Georgia and Azerbaijan are essentially anti-Russian. That makes Armenia not only an essential ally for Russia but also a potential prize for the U.S., Europe, and NATO. This is why both sides have been courting Armenia.

Unfortunately, it’s impractical for Armenia to join the West’s military alliance, NATO. That’s because Turkey, a NATO member with 80 million people and a large land mass, would carry much more weight than Armenia.

Of course, the U.S. and Europe have always had excellent relations with Armenia. History tells us, sadly, that Western countries would probably not restrain Turkey should it try to dominate or invade Armenia.

The Diaspora must continue to support Armenia in every way possible, something that you and our many friends continue to do. If Armenia is overrun, which is possible, the genocide will be virtually complete.

Moreover, many Armenian communities of the Middle East are under attack and endangered in ways not unlike in 1915. We must continue to support them too. Each of our Diasporan communities is precious.

Many in the Armenian Diaspora have wondered if it would rise to the occasion on the 100th commemoration. Armenians worldwide have responded magnificently, beyond expectations.

The Vatican has re-affirmed the Armenian genocide.  So have Chile, the Czech Republic, and the European Union Parliament. Austria and Bulgaria have formally recognized the genocide.  It again shows just how essential the Diaspora is.

Ultimately, our response to the genocide is for Armenians and Armenia to survive and prosper. Only we can do this.

The author is a freelance Armenian American journalist. Many of his articles are archived at Armeniapedia.org. 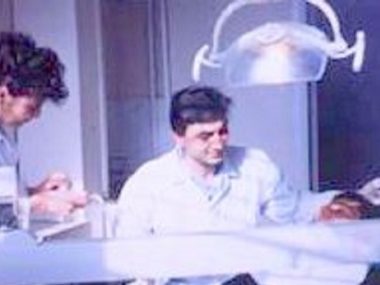 Read More
Editorial 6 December 2009 Many Diaspora Armenians who care for the future of the Republic of Armenia (RoA),…
Read More
0
0
0

Read More
By Harut Sassounian, Publisher, The California Courier, 13 May 2010 Someone in Armenia must have leaked his text…
Read More
0
0
0