I know that you and I long for peace in the Middle East, but before you continue to talk about necessary conditions from an Israeli perspective, you need to know what’s on my mind. Where to begin? How about 1964.Let me quote my own words during my trial. They are true today as they were then: “I have fought against white domination and I have fought against black domination. I have cherished the ideal of a democratic and free society in which all persons live together in harmony and with equal opportunities. It is an ideal which I hope to live for and to achieve. But if needs be, it is an ideal for which I am prepared to die.”

Today the world, black and white, recognize that Apartheid has no future. In South Africa it has been ended by our own decisive mass action in order to build peace and security. That mass campaign of defiance and other actions could only culminate in the establishment of Democracy.

Perhaps it is strange for you to observe the situation in Palestine or more specifically, the structure of political and cultural relationships between Palestinians and Israelis, as an Apartheid system. This is because you incorrectly think that the problem of Palestine began in 1967. This was demonstrated in your recent column “Bush’s First Memo” in the New York Times on March 27, 2001.

You seem to be surprised to hear that there are still problems of 1948 to be solved, the most important component of which is the right to return of Palestinian refugees. The Palestinian-Israeli conflict is not just an issue of military occupation and Israel is not a country that was established “normally” and happened to occupy another country in 1967. Palestinians are not struggling for a “state” but for freedom, liberation and equality, just like we were struggling for freedom in South Africa.

In the last few years, and especially during the reign of the Labour Party, Israel showed that it was not even willing to return what it occupied in 1967; that Settlements remain, Jerusalem would be under exclusive Israeli sovereignty, and Palestinians would not have an independent state, but would be under Israeli economic domination with Israeli control of borders, land, air, water and sea.

Israel was not thinking of a “state” but of “separation”. The value of separation is measured in terms of the ability of Israel to keep the Jewish state Jewish, and not to have a Palestinian minority that could have the opportunity to become a majority at some time in the future. If this takes place, it would force Israel to either become a secular democratic or bi-national state, or to turn into a state of Apartheid not only de facto, but also de jure.

Thomas, if you follow the polls in Israel for the last 30 or 40 years, you clearly find a vulgar racism that includes a third of the population who openly declare themselves to be racist. This racism is of the nature of “I hate Arabs” and “I wish Arabs would be dead”.

If you also follow the judicial system in Israel you will see there is discrimination against Palestinians, and if you further consider the 1967 Occupied Territories you will find there are already two judicial systems in operation that represent two different approaches to human life: one for Palestinian life and the other for Jewish life. Additionally there are two different approaches to property and to land. Palestinian property is not recognized as private property because it can be confiscated.

As to the Israeli occupation of the West Bank and Gaza, there is an additional factor. The so-called “Palestinian autonomous areas” are Bantustans. These are restricted entities within the power structure of the Israeli Apartheid system.

The Palestinian state cannot be the by-product of the Jewish state, just in order to keep the Jewish purity of Israel. Israel’s racial discrimination is daily life of most Palestinians. Since Israel is a Jewish state, Israeli Jews are able to accrue special rights which non-Jews cannot do. Palestinian Arabs have no place in a “Jewish” state.

Apartheid is a crime against humanity. Israel has deprived millions of Palestinians of their liberty and property. It has perpetuated a system of gross racial discrimination and inequality. It has systematically incarcerated and tortured thousands of Palestinians, contrary to the rules of international law. It has, in particular, waged a war against a civilian population, in particular children.

The responses made by South Africa to human rights abuses emanating from the removal policies and Apartheid policies respectively, shed light on what Israeli society must necessarily go through before one can speak of a just and lasting peace in the Middle East and an end to its Apartheid policies.

When you figure out what you’re about, give me a call. 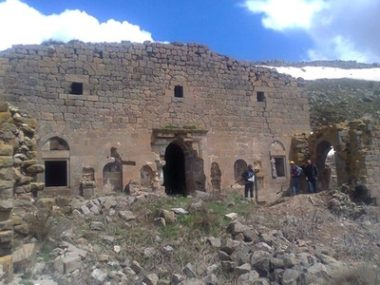 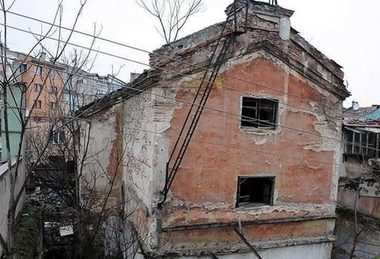 Read More
Dear friends, Please allow me to thank you for having given me your confidence and support in my…
Read More
0
0
0