Hours after the death of former British prime minister Margaret Thatcher, the history books are being

re-written and the beatification of the Iron Lady is well underway.

Tributes poured forth from French and German leaders, Francoise Hollande and Angela Merkel, while US President Barack Obama said America had lost a “special friend”.

Hours after the death of former British prime minister Margaret Thatcher, the history books are being

re-written and the beatification of the Iron Lady is well underway.

Tributes poured forth from French and German leaders, Francoise Hollande and Angela Merkel, while US President Barack Obama said America had lost a “special friend”.

Such fulsome praise may be expected coming from so many war criminals. But it is instructive of how history is written by the victors and criminals in high office. Obama, Cameron, Hollande and Merkel should all be arraigned and prosecuted for war crimes in Iran, Iraq, Afghanistan, Libya, Syria, Pakistan, Somalia and Mali, among other places. Kissinger has long evaded justice for over four decades for his role in the US genocide in Southeast Asia during the so-called Vietnam War in which over three million people were obliterated in Vietnam, Laos and Cambodia.

The British state is to give Thatcher, who died this week aged 87, a full military-honours funeral. The praise, eulogies, wreaths and ceremonies are all self-indictments of association with one of the most ruthless and criminal political figures in modern times.

So, here is a people’s history of Thatcher’s legacy.

She will be remembered for colluding with the most reactionary elements of Rupert Murdoch’s squalid media empire to launch a war over the Malvinas Islands in 1982, a war that caused hundreds of lives and involved the gratuitous sinking of an Argentine warship, the Belgrano, by a British submarine.

By declaring war, rather than conducting political negotiations with Argentina over Britain’s ongoing colonial possession of the Malvinas, Thatcher salvaged her waning public support in Britain, and the bloodletting helped catapult her into a second term of office in Downing Street. Her political “greatness” that so many Western leaders now eulogize was therefore paid in part by the lives of Argentine and British soldiers, and by bequeathing an ongoing source of conflict in the South Atlantic.

It wasn’t just foreigners that Thatcher declared war on. Armed with her snake-oil economic policies of privatisation, deregulation, unleashing finance capitalism, pump-priming the rich with tax awards subsidised by the ordinary working population, Thatcher declared war on the British people themselves. She famously proclaimed that “there was no such thing as society” and went on to oversee an explosion in the gap between rich and poor and the demolition of social conditions in Britain. That legacy has been amplified by both successive Conservative and Labour governments and is central to today’s social meltdown in Britain – more than two decades after Thatcher resigned. Laughably, David Cameron, a protégé of Thatcher, claims that she “saved” Britain. The truth is Thatcher accelerated the sinking of British capitalism and society at large. What she ordered for the Belgrano has in a very real way come to be realised for British society at large.

During her second term of office in the mid-1980s, the Iron Lady declared war on the “enemy within”. She was referring to Britain’s strongly unionised coal-mining industry. Imagine declaring war on your own population. That is a measure of her pathological intolerance towards others who did not happen to share her obnoxious ideological views – ideological views that have since become exposed as intellectually and morally bankrupt.

For over a year around 1984, her Orwellian mindset and policies starved mining communities in the North of England into submission. Her use of paramilitary police violence also broke the resolve and legitimate rights of these communities. Miners’ leader Arthur Scargill would later be vindicated in the eyes of ordinary people, if not in the eyes of the mainstream media. Britain’s coalmines were systematically shut down, thousands of workers made unemployed, and entire communities were thrown on the social scrap heap. All this violence and misery was the price for Thatcher’s ideological war against working people and their political rights.

The class war that Thatcher unleashed in Britain is still raging. The rich have become richer, the poor decidedly more numerous and poorer. The decimation of workers’ rights and the unfettered power given to finance capital were hallmarks of Thatcher’s legacy and are to this day hallmarks of Britain’s current social decay. But that destructive legacy goes well beyond Britain. The rightwing nihilistic capitalism that Thatcher gave vent to was and became a zeitgeist for North America, Europe and globally. The economic malaise that is currently plaguing the world can be traced directly to such ideologues as Margaret Thatcher and former US President Ronald Reagan.

A final word on Thatcher’s real legacy, as opposed to the fakery from fellow war criminals, is her role in Ireland’s conflict. Her epitaph of “Iron Lady” is often said with admiration or even sneaking regard for her supposed virtues of determination and strength. In truth, her “iron” character was simply malevolent, as can be seen from her policies towards the Irish struggle for independence from Britain. In 1981, 10 Irish republican prisoners, led by a young Belfast man by the name of Bobby Sands, died from hunger strikes. The men died after more than 50 days of refusing prison food because they were demanding to be treated as political prisoners, not as criminals. Thatcher refused to yield to their demands, denouncing them as criminals and callously claiming that they “took their own lives”. No matter that Bobby Sands had been elected by tens of thousands of Irish voters to the British House of Parliament during his hunger strike. He was merely a criminal who deserved to die, according to the cold, unfeeling Thatcher.

As a result of Thatcher’s intransigence to negotiate Irish rights, the violence in the North of Ireland would escalate over the next decade, claiming thousands of lives. As with Las Malvinas dispute with Argentina, Thatcher deliberately took the military option and, with that, countless lives, rather than engage in reasoned, mutual dialogue. Her arrogance and obduracy blinded her to any other possibility.

As the violence gyrated in Ireland, Thatcher would also embrace the criminal policy of colluding with pro-British death squads. Armed,funded and directed by British intelligence, these death squads would in subsequent years kill hundreds of innocent people – with the knowledge and tacit approval of Lady Thatcher. It was a policy of British state terrorism in action, sanctioned by Thatcher. One of those victims was Belfast lawyer Pat Finucane, who was murdered in February 1989. He was shot 12 times in the head in front of his wife and children by a British death squad, after the killers smashed their way into the Finucane home on a Sunday afternoon.

Thus whether in her dealings with Las Malvinas row with Argentina, the British working people or Irish republicans, Margaret Thatcher was an intolerant militarist who always resorted to demagoguery, violence and starvation to get her political way. She was a criminal fascist who is now proclaimed to be a national hero.

Reports this week say that Thatcher died with Alzheimer’s, the brain-degenerating disease in which the patient loses their faculty for memory. Western leaders, it seems, would also like to erase public memory of Thatcher’s criminal legacy.

Finian Cunningham, originally from Belfast, Ireland, was born in 1963. He is a prominent expert in international affairs. The author and media commentator was expelled from Bahrain in June 2011 for his critical journalism in which he highlighted human rights violations by the Western-backed regime. He is a Master’s graduate in Agricultural Chemistry and worked as a scientific editor for the Royal Society of Chemistry, Cambridge, England, before pursuing a career in journalism. He is also a musician and songwriter. For many years, he worked as an editor and writer in the mainstream news media, including The Mirror, Irish Times and Independent. He is now based in East Africa where he is writing a book on Bahrain and the Arab Spring.He co-hosts a weekly current affairs programme, Sunday at 3pm GMT on Bandung Radio.

Read More
By Jirair Tutunjian, Toronto, 10 August 2012 Four hundred years after his death, there are still mysteries to…
Read More
0
0
0 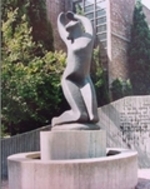 Read More
21 May 2015 The battle against Turkish denialism is fought on many fronts. One important arena is the…
Read More
0
0
0