Canada's Minister of Citizenship and Immigration joined some 180 Torontonians on January 8 to celebrate Armenian Christmas at a party organized by the newly-born Armenian Canadian Conservative Association (ACCA).

Hon. Chris Alexander, six members of parliament, a senator, and the chair of the Canadian Federation of Conservative Associations were in attendance along with Rev. Archpriest Fr. Zareh Zargarian of the Holy Trinity Apostolic Church.

Canada's Minister of Citizenship and Immigration joined some 180 Torontonians on January 8 to celebrate Armenian Christmas at a party organized by the newly-born Armenian Canadian Conservative Association (ACCA).

Hon. Chris Alexander, six members of parliament, a senator, and the chair of the Canadian Federation of Conservative Associations were in attendance along with Rev. Archpriest Fr. Zareh Zargarian of the Holy Trinity Apostolic Church.

Hon. Alexander, who earlier in his his career, was stationed at the Canadian Embassy in Moscow and has visited Armenia and Karapagh, extended his best wishes for the Armenian Christmas and expressed his admiration of  Armenians "who for millennia have struggled to retain their faith and culture."

The minister said: "You [Armenians] are one of the beacons of hope that makes Canada the beacon of hope we are proud to be part of."

He then added: "I bring you the greetings of the Right Honorable Stephen Harper [Prime Minister of Canada] who was so proud–I think we all know–to lead the government early in his tenure to take that very necessary step, that overdue step of recognizing the significance of 1915; the significance of genocide, not just in the history of the Armenian people but in the history of the whole world.

"And we are proud to be with you here on this Christmas to re-commit ourselves to marking in full the importance of those events…those painful memories for all of us. Memories that we are determined to keep alive."

International businessman Sarkis Yacoubian of Toronto was the sponsor of the celebrations which featured traditional Armenian music and sumptuous cuisine. The MC was Tamar Minassian.

One of the highlights of the evening was the presentation of a "Thank You" card to Hon. Alexander by a group of newly-arrived Syrian- and Iraqi-Armenian refugees. The card said: “We would like to extend our gratitude to the government of Canada, the people of Canada, and Minister Alexander for their principled stand in condemning the treatment of the Armenian and the other minorities of the Middle East and for initiating generous assistance programs, opening the doors of Canada, and  providing us a new lease on life. Once again the Government and the people of Canada stood by their convictions and demonstrated why the world looks up to Canada as a champion of human rights and a defender of the vulnerable."  Hon. Alexander said that he was extremely touched by the unexpected gesture.

The ACCA Chairman Vatche Demirdjian said Armenians are "optimistic that 2015 will be a year of re-invigoration; a year of revival for the Armenian people, and its full participation in the Canadian political and civil life."

He explained that the ACCA is an inclusive pan-Armenian Canadian association established to enhance the Canadian-Armenian community’s bilateral relations with the Conservative Party of Canada.

"Our aim is to work with all Canadians to build a stronger Canada, and to make sure our values and our goals–such as equality, justice, freedom of speech, thought, and religion–are reflected in our relationships with one another and in our institutions and laws.

"Consequently, our goal is to encourage the full participation of Canadian-Armenians in the political process and to encourage our youth to become more active members of the great Canadian society.

Mr. Demirdjian said  that the launch of the ACCA was long overdue. "After the principled stand of the Right Hon. Stephen Harper, the Prime Minister of Canada, and his colleagues, such as Minister Jason Kenney, to make the Armenian Genocide recognition a policy of the Canadian Government, the grassroots of the Canadian-Armenian community was looking for a meaningful mechanism to enhance the community's bilateral relations with the Conservative Party of Canada. We commend the prime minister and his colleagues for their moral fortitude and steadfastness in standing up for the truth."

The ACCA chair said that since the maiden gathering of ACCA, an overwhelming majority of the Canadian-Armenian community members have welcomed the establishment of the association. "We have received many positive comments. We encourage every Canadian-Armenian, regardless of his or her ideological affiliation, to join the Association and contribute to our great country, and become an active participant in any way they can. We are confident that the Association will be able to fulfill the hopes of so many who have felt disfranchised for so long," he concluded.

The festivities included a violin solo by  Artur Chakhmakhchyan and the duo of Nver (organ) and Seyran Ghazarian (shevi) who played traditional Armenian music. 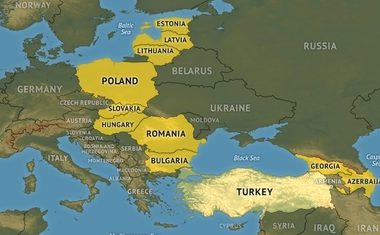 Read More
Ontario, 8 September 2018 Since day one, we have furnished readers with generous amount of space to have their…
Read More
0
0
0