Two centuries ago novelist Mary Shelley’s mad Dr. Victor Frankenstein unleashed upon the world a laboratory-made fiend. But when the alchemist doctor realized he had created a monster, he

abandoned the violent humanoid and fled. Something similar, but on a larger scale, has occurred in the Middle East.

Two centuries ago novelist Mary Shelley’s mad Dr. Victor Frankenstein unleashed upon the world a laboratory-made fiend. But when the alchemist doctor realized he had created a monster, he

abandoned the violent humanoid and fled. Something similar, but on a larger scale, has occurred in the Middle East.

But now that the monsters of the desert have been exposed, Turkey and its fellow conspirators are disassociating themselves from the death cult they have created, just as Dr. Frankenstein fled from his invention. Of the three mad scientists, Ankara has been the most insistent in its denial of the obvious collaboration.

One of the first organizations to condemn Turkey’s support of ISIS was the Assembly of Armenians of Europe. It called upon the UN and the international community to “condemn and take effective action against Turkey’s covert logistic support of ISIS.” Then the Yezidis of Armenia traced the tragedy of Iraqi Yezidis to Turkey and its president. Erdogan is responsible for the genocide being carried out against the Iraqi Yezidis, they said.

While the Armenian and Yezidi organizations accused Turkey, the media—including Turkish—provided evidence of Ankara’s support of the Islamist terrorists. Emre Uslu (Today’s Zaman, Sept. 5) wrote: “Intelligence communities around the world have been well aware of the fact that the Turkish intelligence agency was in close contact with those [El-Qaida-affiliated organizations such as ISIL] and that many weapons were transferred to those organizations. International media provided tons of evidence about it…” "Taraf" of Turkey reported on Sept. 9 that American experts had discovered ammunition used by ISIL fighters was marked as coming from Turkish Mechanical and Chemical Industry Corporation (MKI). The Americans had also noted that bombs used by ISIL in Erbil were also marked MKI.

Since 2012 at least 5,000 al-Qaeda-affiliated groups have used Turkey as bridge to Syria. After landing in Istanbul, the jihadists have been driven across Turkey to Hatay, to Urfa and Gaziantep, near the Syrian border. No jihadist has been arrested by the Turkish police or intelligence which traditionally take great pride in monitoring the movements of Turkish citizens.

ARD TV of Germany aired a video (August 31) which showed ISIL camps in Gaziantep where militants were being trained. The program alleged that European jihadists received ideological and military training in Turkey. Some headed to Syria/Iraq while others returned to Europe thus posing a threat to Europe, an EC official said. CNN also aired information about the secret routes jihadists take through Turkey.

ISIS, which has been described as Al-Qaida on steroids, has a liaison office in Istanbul’s Fatih district and militants going to Syria stop there to receive money (up to 400 Euros) and are assisted in crossing the border.

Referring to Turkey’s porous border, the BBC accused Ankara of “operating a highly questionable [British understatement] policy of border enforcement in which weapons and money flooded into Syria, with the Qatar and Saudi backing.”

When the bar association of Gaziantep cited the Right to Information Act in its demand for data about terrorists crossing Turkey’s borders, police said the right for such information was not included under the Act.

A few weeks ago, in a “Jerusalem Post” article, journalist Mary Chastain quoted an ISIL fighter who said Turkey had provided funds for the terrorist group. “Turkey paved the way for us. Had Turkey not shown such understanding for us, the Islamic State would not be in its current place. It showed us affection. Large [numbers] of our mujahedeen received medical treatment in Turkey.”

Wounded jihadists have been treated free of charge in Turkey. Jihadists seeking R and R from the battlefield have vacationed in Turkish border hotels.

And now Turkey fattens its purse by buying/selling cheap diesel stolen by ISIS from Syria and Iraq. Jihadist smugglers are exporting to Turkey 9,000 barrels of oil a day at prices ranging from $25 to $45. Dr. Hisham al-Hishami, an Iraqi expert on ISIS, said: “The Turkish border is the only way to smuggle oil, weapons and foreign fighters [into Iraq and Syria].”

Ankara point man and Gaziantep Governor Erdal Ata has denied (Aug. 31) claims that ISIL uses the Gaziantep province as a base for training jihadist militia. He said media reports were baseless and were aimed “to defame the government and Turkey in the international arena.”

Despite the above evidence and much more about logistic support and the shipment of weapons through Turkey, in early September Turkey sent its diplomats to various key countries to persuade the world that Turkey has no links to ISIL/ISIS/IS. Meanwhile, showing its true colors, Turkey has forbidden the US the use of the Incirlik air base for recent attacks on ISIS. “They [Turkey] will not allow the use of Incirlik for lethal air strikes,” said Henri Barkey, a former member of the US State Department policy planning staff.

And despite all the evidence of Turkey’s complicity in the creation and nurturing of ISIS the West continues to shirk from condemning Turkey. In fact, former British Liberal Democrat leader Sir Menzies Campbell publicly bribed Turkey that if Ankara cooperated in stamping out ISIS, its entry to the EU could be facilitated.

Rather than condemn Ankara, America’s milquetoast Defense Secretary Chuck Hagel, bleated “Turkey is a key NATO ally [STOP THE PRESSES]. Given its borders with Syria and Iraq, Turkey shares [STOP THE PRESSES] our deep concerns with the regional threat posed by ISIL [EUREKA!].”

Scrambling to helm the kowtowing of Ankara, NATO Secretary-General Anders Fogh Rasmussen said that NAT0 expressed support for Turkey against the growing threat from ISIL and that NATO would take all the necessary steps to defend alliance member Turkey if it were threatened by ISIL fighters. “If any of our allies, and in this case of course particularly Turkey were to be threatened from any source of threat, we will not hesitate to take all steps necessary to ensure effective defense of Turkey or any other ally.” The quote deserves a dozen or so exclamation marks.

Sometimes it’s hard to tell whether NATO leaders and the rest of the world’s live on the same planet.

Commenting on the Ankara campaign to whitewash itself, Emre Uslu wrote (Today’s Zaman, Sept. 5): “While the dirty relationship between Turkey and ISIL is clear, Turkish authorities think that Western observers might be stupid to believe their tall tales.”

Western observers might not be stupid but they are certainly and inexplicably cowed by Frankenstein Turkey. 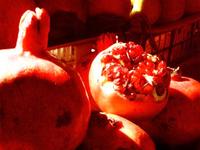 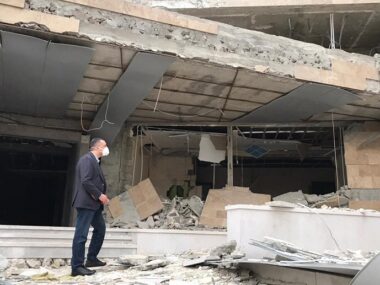 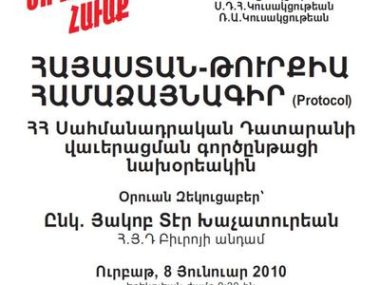 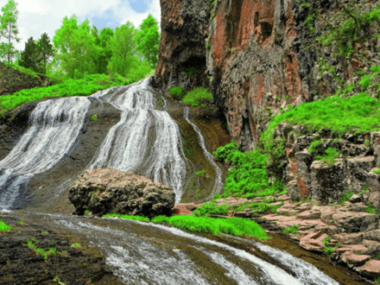