The results are in. Viken L. Attarian has lost the investiture campaign and the establishment candidate, Mélanie Joly, was announced as the winner in the Ahuntsic-Cartierville riding's Liberal candidate nomination. Viken's contingent of volunteers, quoted as the best-organized team by numerous reporters and nomination process followers, unfortunately ended third among the four candidates.

While the numbers and the poll results are yet to be analyzed, the preliminary analysis of the results makes us conclude certain facts:

The results are in. Viken L. Attarian has lost the investiture campaign and the establishment candidate, Mélanie Joly, was announced as the winner in the Ahuntsic-Cartierville riding's Liberal candidate nomination. Viken's contingent of volunteers, quoted as the best-organized team by numerous reporters and nomination process followers, unfortunately ended third among the four candidates.

While the numbers and the poll results are yet to be analyzed, the preliminary analysis of the results makes us conclude certain facts:

a) Viken had a respectable turnout of his registered members;

b) Viken had the most second-choice votes of the whole slate;
c) Norayr Serengulian's votes were offered to Joly, and they stayed that way. The phone campaign to direct the Armenian votes to Joly was very successful;
d) That divisive effort against the call to Armenians to vote for an Armenian was a failure for Viken's campaign;
e) If all Armenians had voted for Viken, his chances to win the nomination would have been very high;
f) Armenian disunity worked very well and successfully defeated Viken;
g) The Laval-Des-Îles scenario of defeating another Armenian candidate (Vicken Darakdjian) was repeated on August 23rd, this time by defeating Viken Attarian;
h) Canadian Armenians have lost a golden opportunity to elect a valuable Armenian MP.

This is what we cooked and this is what we merit. A hidden agenda and behind-the-scenes negotiations was evident. One faction of our community succeeded in influencing

politically unsophisticated Armenians to vote for a non-Armenian.
This outcome was warned by this writer, long before today's vote. Nobody listened to that warning and the worst has just been announced. What a disappointment for Viken's almost 300 volunteers. They were awed and disgusted facing the hard reality of divisiveness. It is a great loss to our community in addition to the disappointment of so many dedicated workers who came out with broken hearts and a bitter taste in their mouths.
In a democracy you could be a loser most of the time and a winner a few times. However, the democratic outcome could be hard to accept when you see the cause of the loss to be the ''enemy within''.
Another aspect of that democratic exercise was a blunt difference between Viken's team workers (proudly identifying themselves) and the Armenian volunteers of the Joly team (hidden, almost invisible and certainly unidentified). I do not think they would have liked to have been identified as PROUD Armenians, at least this was evident at the Grasset polling station.
We are in the 21st century …. but many among us still blindly follow the orders of few undeserving and divisive persons.

Liberals in Ahuntsic—Cartierville pick Mélanie Joly as their candidate

It took three ballots, but former Montreal mayoralty candidate Mélanie Joly has been elected the Liberal candidate in the riding of Ahuntsic—Cartierville.

At the end of a day of last-minute campaigning, electoral hoopla and then endless waiting as votes were counted, Liberal officials declared the 36-year-old lawyer Joly, who placed a surprising second to Denis Coderre in the last municipal election, the winner.

Her closest opponent in what was a field of four candidate was project manager Grace Batchoun.

Officials did not reveal the final tally, but said a total of 2,065 votes were cast.

“It’s not the end, it’s the beginning,” a pumped Joly said taking to the stage before about 500 Liberals gathered at the Collège André Grasset on Crémazie Blvd.

“It’s Day One in our journey to re-win Ahuntsic—Cartierville.”

Joly faces the daunting task of entering the campaign three weeks after everyone else and the formidable opponent of Maria Mourani, the former Bloc Québécois MP turned New Democratic who holds the riding.

But the undercurrent of suspicion over the way the election unfolded and allegations the Liberal brass manipulated the election to ensure Joly, a personal friend of leader Justin Trudeau, were still hovering in the air as candidates packed up their posters.

While all the candidates took to the stage with Joly in a sign of solidarity, candidate Élie Kassissia, one of those who made the allegations and placed either third or fourth on Sunday, stood with his arms crossed. Later, he fled the hall refusing to speak to the Montreal Gazette.

Batchoun told a reporter while she will work with Joly, she was not backing down on her views on the way the campaign unfolded.

“I feel I’m a better candidate,” Batchoun said. “We know there was favouritism. Absolutely. This is the reality. We’ve seen it, but it’s the people of Ahuntsic who voted and we have to accept their decision.”

“Democracy has spoken,” said candidate Viken Attarian, who said he will work with Joly. “The truth of the matter is they counted the votes and most voted for Mélanie Joly.”

But one of his supporters, Ara Balian, did not hold back.

“Because of who she is and what the party wanted, that’s what happened,” Balian said, noting the party just wanted Joly to create good photo images with Trudeau. “It’s too bad.”

“I’m sure that we can work together and I’m very proud of all the teams and candidates,” Joly said.

It’s Joly’s second foray into politics. A dark horse candidate in the last municipal vote, she placed a surprising second to Coderre.

After that loss, she swore she was staying on the municipal scene.

“I am here to stay,” she said repeatedly only to turn around in February and announce the would seek the Liberal nod, a move that irritated other candidates, some of whom had been working the streets for two years.

The vote was also seen as a test of Trudeau’s ability to not only attract star candidates in Quebec where his campaign is lagging, but actually get them nominated given his decision to allow free votes in ridings.

Other Liberal leaders retained the power, in some circumstances, to place key electoral figures.

The open vote policy backfired on Trudeau in the Toronto riding of Eglington—Lawrence, where Conservative defector Eve Adams, whom he welcomed to the Liberals, lost a nomination.

Over the last few weeks, Liberals have been openly squabbling with the party brass, with accusations flying the election was being manipulated behind the scene to ensure Joly wins. 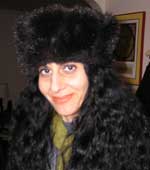 Read More
A Contemporary Variation of the Popular Folktale “The Khoja and the Eggplant” By Lucine Kasbarian, Satiricon, August 2009…
Read More
0
0
0 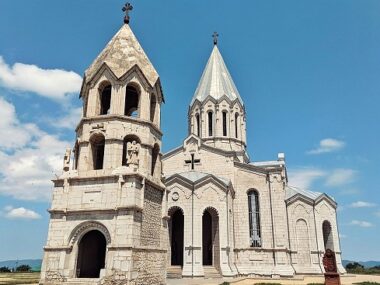