“Unless the upcoming Armenian Genocide centenary commemoration is directly linked to the question of reparations and restitution it will merely be just another memorial commemoration occasion,” said Souren Seraydarian, chairman of the National Congress of Western Armenians (NCWA) here at a private gathering on Jan. 31 attended by close to 50 local Armenians, representing a cross section of the community’s political, social, and cultural organizations.

Since its inception in 2011, the non-ideological, non-partisan Paris-based NGO has invited Armenians from around the globe including political parties, religious and compatriotic (Hayrenagtsagan) organizations to participate in its pan-Western Armenian initiative to draft demands from Turkey re the losses suffered by the Armenians as a result of the Genocide (1915 to 1923).

Seraydarian, who has been touring Diaspora communities to raise awareness of the upcoming and crucial 4th National Congress of Western Armenians, added: “Our second great concern is the absence of a political vision and long-term strategy. What do we want to achieve, in which time frame? We speak often about restitution without defining the restitution of what.”

Restitution may be private property, public property including the property of associations and churches. It could also entail restitution of territory, said Seraydarian. “The question arises ‘which territory?’ The Armenians of the Ottoman Empire lived in all parts of the country, including in the Five Villayets in the east identified in the unratified Treaty of Sevres.”

Finally, there’s the question, said Seraydarian, of the lands which were not part of the Ottoman Empire but were taken from Armenia soon after WWI and given to Turkey by the Soviet Union as a result of the misguided Kars and Moscow treaties.

The NCWA, which has members in major centres of the Diaspora and in Armenia, was formed four years ago to address these existential questions. Following years of intensive research by its historians and lawyers, input by its members and Armenian leaders in various countries and meetings with Turkish and Kurdish organizations which recognize the Genocide, the NCWA is in the process of putting the final touches to a policy paper which will be sent to different Armenian organizations as well as the authorities in Armenia for comments and review. The aim of the consultation is to define the NCWA vision for a long term strategy. The NCWA will make public the blueprint of its battle plan at its upcoming Paris meeting March 28-29. Members will then offer their input for the final draft of the NCWA strategy.

The NCWA chairman said there are four issues which could be addressed once its membership approves the final draft. “First, we shall request the authorities of the Republic of Turkey to open and provide access to the archives of the property (cadastres) of Armenian citizens of the Ottoman Empire. This could be done at the national as well as the local level—cities and villages,” said Seraydarian.

“We also have to ensure that the Armenian Church claims its property consisting of churches, monasteries, cemeteries, land and other mobile properties,” said the NCWA chairman and added that to achieve the goal there should be close cooperation between the Patriarchate of Istanbul and the Catholicosate of Cilicia. The Armenian Catholics and Protestants should follow the same path, advised Seraydarian.

The NCWA will request Ankara to protect the Armenian cultural heritage in Turkey as required by the Lausanne Treaty ratified by Turkey. The protection of the cultural heritage of minorities is a requirement of the treaty.

The Armenian NGO will also approach the constitutional court of Turkey to review the constitutionality of the laws and decrees adopted by succeeding Turkish governments (from the early ‘20s to the early ‘80s) on the so-called abandoned properties. If the NCWA request is rejected, the NGO will approach the European Court of Human Rights since Turkey is a signatory of the European body’s statutes.

The NCWA plans to raise the issue of Western Armenians’ loss of citizenship which rendered them stateless, and their deportation in violation of international law.

Personal claims for severe human rights deprivation and as a result of violations of human rights during the Genocide (1915-1923) will also be pursued. This would entail claims for reparation of individual [survivors and their descendants], pain, and suffering [survivors], wrongful deaths or disappearances [surviving victims and descendants]. In this latter instance the plaintiffs could be the Republic of Armenia on behalf of its citizens, descendants of Western Armenians. During the pan-Armenian project the Republic of Armenia and the NCWA will effortlessly supplement each other’s work and any attempt by Ankara to split Armenia and the Diaspora initiatives would be doomed to failure.

The Toronto gathering took place within 48 hours of the Genocide Centenary Commission’s meeting in Yerevan which made a landmark declaration on behalf of the Armenian people. The commission reaffirmed the Armenian government’s and the Diaspora’s intention to seek greater international recognition of the Genocide. The commission, headed by President Serge Sarkissian, also stated that it will strive to “overcome consequences” of the mass killings of Armenians of the Ottoman Empire.

Seraydarian’s talk was followed by a lively Q and A. Attendees expressed their agreement with the NCWA purely legalistic approach to restoring Armenian collective and individual rights. A number of attendees said they planned to be at the momentous NCWA Paris gathering in March 28-29. 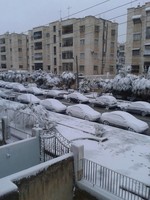 Read More
Editorial, 15 February 2016 To the chagrin and anger of millions of people people around the world, a…
Read More
0
0
0 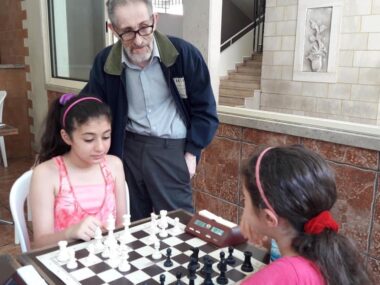