Neither Yes, Nor No

I really cannot remember how many times I wrote that Turkey is a country full of paradoxes, where there is an unusually high number of questions you can neither say yes, nor no to. Furthermore, it generates paradoxes constantly.

I really cannot remember how many times I wrote that Turkey is a country full of paradoxes, where there is an unusually high number of questions you can neither say yes, nor no to. Furthermore, it generates paradoxes constantly.

The Ergenekon case, against the suspects charged of plotting against the government, is both approvable and disapprovable; it is deserves support for challenging the militaristic state tradition in Turkey, but it’s objectionable because of its doubtful final objective and lack of determination to really put an end to illegal formations within the state apparatus.

I support Islamic intellectuals in their struggle for democracy and their demand for true civilian rule, but I can’t possibly stand with them side by side as long as they continue with their anti-Semitism, using Israeli government policies and practices as a pretext.

I didn’t sign the famous “apology” petition initiated by a group of Turkish intellectuals, but would by no means campaign against the petition, knowing that thousands of people signed it with  total sincerity in their protest against denialism and that the petition would, despite its drawbacks and deficiencies, ultimately serve as a step towards recognition of the genocide.

I can mention many more instances where one, in the very chaotic environment of Turkey, can say both yes and no to an initiative, a practice, or an undertaking of a political nature.

The detailed reasons for this inability to take an unconditional stand in major questions, the sociological, economic, cultural, historical factors playing part in this state of being always paradoxical, is a subject to be studied by academics. But looking at the big picture, it is easy to see that the change Turkey has been undergoing is generating a potential to move the foundation stones of the already- poorly built structure of the establishment, leading to shifts in certain balances and turning the traditional positioning of political wings upside down.

The signals of a normalization of relations between Turkey and Armenia is one of such questions that I feel myself saying neither no, nor yes, to, or saying both yes and no at the same time.

The matter has many dimensions and many levels to discuss. It has many facets, all of which bear different significance and meaning. It is certainly not the same if you are an activist who has devoted his/her life to the recognition of the Armenian Genocide; or if you are a citizen of Armenia who desperately needs the border to be opened to earn a living; or if you are an Armenian but a Turkish citizen who has given all of his/her life to maintain and promote Armenian language, culture and educational, social and religious institutions in Turkey, a country where ethnic, religious, and cultural uniformity is constantly upheld; and it is surely a different case if you are a person in Turkey who sees his/her meaning of life in contributing— no matter how tiny the contribution might be— to the democratization of the country and to the defeat of a denialist culture.

But at the same time, I say no to the protocols because the organizations of the Armenian Diaspora, the children and grandchildren of the genocide victims, were excluded from the process as a whole. In this way, the protocols, regardless of whether or not it was done intentionally, play in the hands of the Turkish public’s widespread “good Armenian” (Armenians of Turkey and to some extent Armenia) and “bad Armenian” (Armenians of the diaspora) pattern of thinking. I can’t applaud the signing of the protocols as long as the textbooks with which children in Turkey are raised contain expressions instigating feelings of animosity and hatred towards Armenians. I can’t possibly be happy with the so-called “normalization process “ as long as the websites of not only government institutions, but also semi-official and non-official organizations still embody a historiography full of lies and anti-Armenian propaganda, and as long as well-known academics, retired ambassadors, and popular opinion makers audaciously express views dishonoring the memory of genocide victims and damaging the dignity and honor of their grandchildren living in Turkey and elsewhere. I can’t support the protocols because it does not include a commitment on the part of Turkey to put an end to all of these and other manifestations of denial, not only of the genocide but also of the all-round suffering inflicted in this country on Armenians in the past and at present as well.

But I can’t possibly— even if I wanted—campaign against the protocols because I see this initiative as part of the process of change presently underway in Turkey. The official ideology has been for generations reinforcing the anti-Armenian feelings in Turkey. Even the declaration of a will to establish friendly relations with Armenia is in total contradiction with this ideology that has been internalized by the Turkish public. So it feels good to see the mainstream press publishing news items and articles in favor of the normalization process. But it still hurts and infuriates to know that the culture of denialism is as strong as ever.

Read More
Monte Melkonian, 3 September 1987 Below is an excerpt from a letter that Monte wrote in response to…
Read More
0
0
0

Read More
By Lucine Kasbarian, New Jersey, March 2015 This article is an edited version of a presentation given by…
Read More
0
0
0 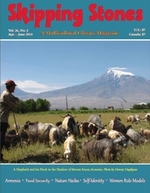 Read More
An award-winning children’s magazine, based in Eugene, Oregon, will feature Armenia and Armenians in its Spring 2014 edition.…
Read More
0
0
0 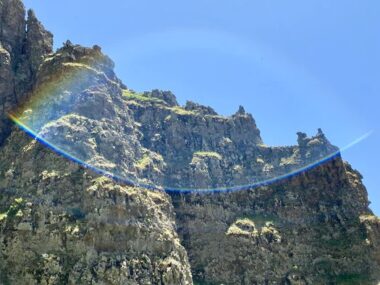