For the past three years, Keghart.com has been in search of a person who would take over the editorship of the website. A priority was to engage an editor from a generation younger than the principals of Keghart One (2007-2016) who would reflect the thinking, attitudes, and priorities of the under-fifty generations. We made the commitment cognizant that the younger generations' outlook might not be necessarily congruous with ours.

Fortunately, the historic recent changes in Armenia and the overwhelming participation of Armenia's youth made it easier for us to hear the new voices. Two back-to-back trips to Armenia, punctuated by many meetings with individuals and groups, paid off. As a result, a new and younger team will helm Keghart.

For the past three years, Keghart.com has been in search of a person who would take over the editorship of the website. A priority was to engage an editor from a generation younger than the principals of Keghart One (2007-2016) who would reflect the thinking, attitudes, and priorities of the under-fifty generations. We made the commitment cognizant that the younger generations' outlook might not be necessarily congruous with ours.

Fortunately, the historic recent changes in Armenia and the overwhelming participation of Armenia's youth made it easier for us to hear the new voices. Two back-to-back trips to Armenia, punctuated by many meetings with individuals and groups, paid off. As a result, a new and younger team will helm Keghart.

Karen Mkrtchyan is the new English editor of Keghart.com. Karen was born in Massis, Armenia. In his early teens, he studied at the Armenian College and

Philanthropic Academy (Հայոց Մարդասիրական Ճեմարան) in Kolkata and he did his final two years of high school at La Martinière for Boys where he was appointed School Prefect.  Following graduation, he enrolled at New Delhi's Jawaharlal Nehru University (JNU) where he specialized in languages. He earned his Master of Arts degree (honors) in 2017 and returned to Armenia to engage in public life. While in India he was active in student affairs as Joint Secretary Delhi Chapter of the World Organization of Students and Youth (WOSY) and central executive member of the organization. Karen also acted as the Chief Election Commissioner at the International Student Association of JNU. Karen works at the Indian Cultural Center in Armenia and is a project coordinator at the Indo-Armenian Friendship NGO. Keghart.com extends a warm welcome to Karen.

Also joining the Keghart.com staff are several persons from the "Mehri Cultural Information Centre in Yerevan. Mehri, led by General Manager Aram Nazarian ([email protected]), will review Armenian articles for content, grammatical, typographic errors and occasionally assist in distribution. Mehri's co-operation and co-ordination with Keghart.com is an attempt to promote Armenia-Diaspora relations. Mehri specializes in the research of archives for public and/or personal purposes; editing, publishing, and distribution of books in multiple languages; translations in Eastern and Western Armenian, Russian, Arabic, Persian, German and others. It provides annotation and indexing which have been long absent in Armenian publications. We hope our cooperation with Mehri will set an example for other independent Diaspora media to partner with counterparts in Armenia.

Arshak Ghazaryan and Arsen Mnatsakanyan of tokernel.com in Armenia have teamed up with Razmig Mardigian of California to develop a new look for Keghart website.  It will take a few months to see the final product. Paree Yegak (Welcome), Arshak, Arsen and Razmig.

The contributions of Jirair Tutunjian and Dr. Minas Kojayan to Keghart One (2007-2016) was fortuitous. They brought gravitas to Keghart.com and elevated its prestige to a level rarely achieved in the contemporary Armenian media. Their command, respectively of English and Armenian and their nuanced articles elevated the quality of the website. The fair-mindedness of both journalists and their analytic approach based on facts commanded deference. We are glad to inform you that both have welcomed the new editorial team and will continue their association with Keghart.com as consultants and occasional contributors.

In the coming months, Keghart.com will again provide thought-provoking articles and invite readers to engage in dialogue through articles and comments. A fundamental tenet of Keghart.com has always been the belief that nobody has a monopoly of thought. Keghart will continue to act as an "open market" for ideas.

Positive changes in Armenia encourage us to reassert our conviction that a healthy democracy presupposes a constructive loyal opposition. Consequently, we shall discuss whether the political environment in Armenia and the absence of truly democratic political parties promote the emergence of such an opposition. We'll stand fast in support of anti-corruption measures, the exposure of the abuses of the previous oligarchic regime and advocate for substantive judicial reform.

Equally important for a viable democracy is the presence of independent media. It's true that Armenia at present enjoys an unprecedented "freedom of speech" in the media. However, Armenia media is not independent. The vast majority of outlets (TV stations, printed and online press, etc) is controlled/influenced by foreign interests and the remnants of the old oligarchic regime mostly through a scheme of advertisement monopoly. It's a fact documented by many observers. Keghart.com will explore this phenomenon to raise public awareness of the deplorable situation.

Keghart.com's respect for human and individual rights is well known. We shall continue on the same path and encourage the adoption of new measures in Armenia provided they are not politicized for cheap populism, are not implemented in an autocratic fashion, are in line with Armenian heritage and values. In this context, we would caution about misconstruing these efforts as lip-service to Europe and inflaming anti-Russian sentiments.

We recognize the significance of foreign and Diasporan investments in Armenia as essential to Armenia's economy provided they do not interfere in national security, are transparent and are not tainted by corruption. The nefarious stratagems of the oligarchic regime had brought to a halt the progress of the indigenous economy and had introduced a pathway of semi-colonization by Russia. It will take a while to reverse the practice.

Some people believe Armenia is between a rock and a hard place regarding its security. The great nations, including China and Iran, have a stake in Armenia's security. Keghart.com will argue that it is not impossible to achieve success despite a seemingly impossible challenge. Keghart.com will support agreements that do not trump Armenia's interests. In this context, we will stand by Artsakh self-determination and oppose the ridiculous claims of Turkbeijan, the danger of Pan-Turanism/Pan-Turkism foremost to Armenia and to the rest of the world.

Our natural resources are not only our wealth but also our guarantee for a healthy life. Keghart.com will champion environmental causes and participate in efforts to subvert attempts that lead us to calamity such as the misbegotten Amulsar mining project and the agreements made by the avaricious leeches of people's wealth.

We believe showcasing past and present achievements of Armenia and Armenians have not only a healing effect but play a crucial role in uniting us, and promoting our sense of a single community–whether in Armenia or in the Diaspora. Within these parameters, we join all who encourage Armenia-Diaspora relations (Investment, tourism, education, art, etc). We believe the cooperation between Mehri and Keghart is an expression of that sentiment.

As to the Diaspora, Keghart.com will continue its traditional preoccupation with Diaspora affairs, including Armenian Genocide recognition and efforts for compensation, reparation, and restitution. We are all familiar with the many challenges the Diaspora faces. We are also acutely aware of the fate of our once-glorious communities: from Poland to India, from Bulgaria to Singapore, we have witnessed our flourishing communities shrink, assimilate and die. Even our community in Beirut–once known as "Little Armenia"–is in peril. How to preserve our Diasporan communities and the Western Armenian language will continue to be top-of-mind at Keghart.com 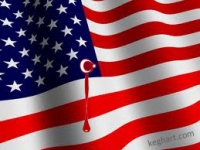