Policy Forum Armenia (PFA) is either going to be the savior of "the Armenian Nation" (Armenia and its Diaspora viewed by it as a unity) or it is going to be a monumental failure.

It deserves to be the savior.

Policy Forum Armenia (PFA) is either going to be the savior of "the Armenian Nation" (Armenia and its Diaspora viewed by it as a unity) or it is going to be a monumental failure.

It deserves to be the savior.

Both the conference and the Report found faults with Armenia, with the Diaspora, and with the Armenia-Diaspora relations.

As one who has been critical of both the Diaspora and of Armenia, I was comfortably at home at the three-day meeting, and I was busily highlighting comments with exclamation points, as I read the Report.

PFA describes itself as an “independent professional non-profit association aimed at strengthening discourse on Armenia’s economic development and national security and, through that, helping to shape public policy in Armenia." In other words, it is the type of organization that the Armenians have needed for decades.

Unlike other "independent" organizations that seem to be coming to the fore, PFA sees no need to accept as valid the so-called "political" parties that have held back the Armenians almost since their 19th-century formation. Nor, does it see any advantage in supporting what is going on in Armenia just for the sake of "not making our enemies happy by being critical of Armenia’s faults."

And, PFA is here and now; it is formed; it has a distinguished array of academics and scholars on its board; it is not "blue sky tomorrow."

No one can argue with PFA’s vision for Armenia. Who, after all, can object to a transparent Armenian government, an incorruptible judiciary, a competent legislature, a professional civil service, an educated and humane society, an economy that ensures equal opportunities for everyone, a responsibly-managed environment, human rights for all?

The obvious challenge–problem, perhaps?–is that there are too many vested interests in the status quo, both in Armenia and the Diaspora. And, here, the shortcomings of the Diaspora come to the fore.

Its agenda for Armenia does not necessarily have the same vision as that in Armenia. Before Armenia became an independent country, the Diaspora–or the minority, but vocal, members of it–had a divided agenda based on its view of the politics of Armenia and, since its independence, the divided agenda is now based on what the Diaspora thinks is good for Armenia, with little regard to whether or not it is actually good for Armenia. This comment, of course, is based not on any uniformity or unity in the Diaspora but is based on the expressed views of minority groups–however vocal–who have usurped for themselves the right to speak for all the Diaspora. The vast majority of the Diaspora belong to none of these groups.

The PFA also describes itself as a "hybrid"–it is a think-tank accumulating and analyzing the opinions of its academic and scholar members, and also is an advocacy organization that will try to influence both Armenia and the Diaspora.

One cannot help but suspect that neither the Diaspora nor the Republic of Armenia really wants to cross the street, however ambitious the PFA and however strong the need for a complete change of mental outlook by both the Diaspora and the Republic.

Oh, Yes, the PFA, at the conference and in its Report, acknowledges that the Diaspora has been helpful in Armenia but the help has been crisis-centered–the 1988 earthquake, the Artsakh war, the sickening poverty–unresolved, if not actually created, by the government–that exists in the country. It acknowledges the remittances from aboard but points out that studies indicate that these generally help with the corruption by government officials. And, of this point PFA has much to say.

But, even after twenty years, the Diaspora still has not had any meaningful effect on every-day Armenia. The on-going unrest in the Diaspora as a result of the "Protocols" signed last October was discussed at the meeting and is covered in the Report. The Diaspora is divided–some feeling that if Yerevan thinks the Protocols are good for Armenia, "we" will go along with it, but others feeling that not only are the Protocols bad for Armenia but also that the government leaders should have consulted the Diaspora (which element of the divided Diaspora?, one might ask) before “daring to talk with the Turks.”

In this regard, PFA says: "This Report takes the view that while the signing of the Armenian-Turkish protocols. . .certainly inflamed tensions, the seed of this divide between Armenia and the Diaspora were sown much earlier, as far back as 1989. Since then, with its periodic ups and downs, the relationship has trended down."

Dare one ask: "If, in twenty years, Armenia and the Diaspora haven’t come to a meeting of minds, is there any hope that they will do so, in the future?"? Undaunted, the PFA, at least, feels it is in a position to bring about that meeting of minds.

By the way. It bears noting–without comment–that no one from the Armenian Embassy in Washington or the Armenian Delegation at the United Nations was present at the three-day conference.

I make no apologies for being a cynic and for being pessimistic. (I have long noted that every Armenian who speaks or writes on matters-Armenian knows everything and never doubts his infallibility, which makes a meeting of minds virtually impossible.) But if I were a betting man, I would put my money on the PFA as the one organization that could bring both Armenia and the Diaspora into the 21st century. Certainly, it deserves the support of those in the Diaspora who have, heretofore, stayed away from matters-Armenian. It is, after all, an organization in being; its fifty-five member policy-making Board has representatives from Armenia as well as the major Diasporan centers in the world, and it has a respectable track record.

For those seeking more information on the PFA, visit its web-site. Be prepared to be impressed.

Read More
Dikran Abrahamian, Ontario, 14 August 2015 The Canadian federal leaders have spoken, the gloves are off and now…
Read More
0
0
0 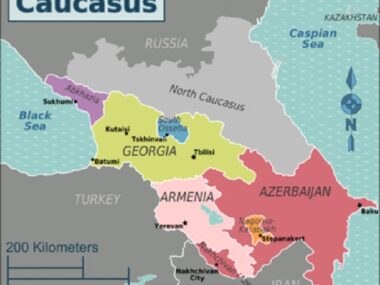 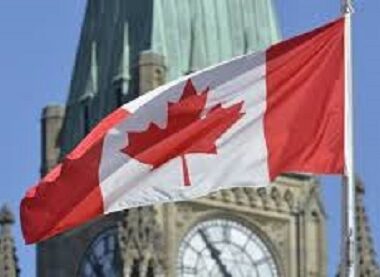 Read More
By Vazgen Gharibyan, Toronto, 12 November 2020 The work of the Organization for Security and Cooperation in Europe…
Read More
10
0
0 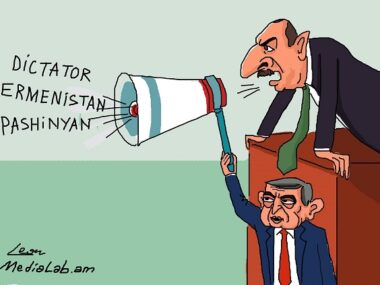 Read More
MediaLab is a prime repository of cartoons which deal with social issues, local and international politics. To view…
Read More
0
0
0