of State-organized Genocide
by Prof. Hovhannes I. Pilikian, London, 10 February 2012

Whatever you are up to, do not miss the first five minutes of this masterly film – As if in a live theatre, in the total darkness, a cock crows – a detail suggesting that we are in a village – dogs bark, cows moo, horses neigh, suddenly the unexpected sound of

helicopters approaching, women and children shriek, bombs explode, machine-guns shoot, a horrible mixture of the sounds of war, the screen lights up with a most beautiful horse, racing for his life, his breathing cleverly amplified on the microphones (an excellent detail of a sensitive film-director), the target of the mortal hullabaloo, running away like a proud Kurdish peshmerga, a mountain guerilla fighter trying to survive an unfair battle with a US-equipped genocidal State-army.

of State-organized Genocide
by Prof. Hovhannes I. Pilikian, London, 10 February 2012

Whatever you are up to, do not miss the first five minutes of this masterly film – As if in a live theatre, in the total darkness, a cock crows – a detail suggesting that we are in a village – dogs bark, cows moo, horses neigh, suddenly the unexpected sound of

helicopters approaching, women and children shriek, bombs explode, machine-guns shoot, a horrible mixture of the sounds of war, the screen lights up with a most beautiful horse, racing for his life, his breathing cleverly amplified on the microphones (an excellent detail of a sensitive film-director), the target of the mortal hullabaloo, running away like a proud Kurdish peshmerga, a mountain guerilla fighter trying to survive an unfair battle with a US-equipped genocidal State-army.

pushing it forward like a small machine-gun startling the war-worn inhabitants … the city with its famous black basalt walls can suddenly throw up a Roman ruin still habitable. Sumru finds the film-maker Ahmet (played perfectly by Durukan Ordu), who fancies himself as the ‘Turkish’ Al Pacino, but instead has been documenting the eyewitness accounts of the current genocide his people are undergoing by the post-modern Turkish state. The Turkish state can deny the genocide of the Armenians in 1915 all they want, argue that it could have been a massacre – as if a massacre being less than a genocide were permissible … but surely, no sane person could deny that the Kurds today, on the watch of the Anglo-American imperialists are being massacred only and only for the sole reason of being … Kurds! If that is not genocide, then Turkey’s Prime Minister Mr. Erdogan is the … Vatican Pope – Hear ye, Dan Brown, a new international bestseller for thee about a crypto-Turk as a Catholic Pope, shot by an ASALA crypto-Armenian as a Mountain-Turk terrorist!

There is an intense attraction between Sumru and Ahmet, but the genocidal context of their relationship is such that the two can never develop any natural human warmth into any form of sexuality. This secondary theme of the film is developed so skillfully and sensitively as to be one of its most original aspects – the impossibility of love developing let alone blossoming, even though the desire is there all along haunting their every waking moment. I shall be seventy soon, and have seen a thousand films, but have not seen yet another film on the subject, tackled with such intense humanity, sadness and compassion for the young potential lovers.
Sumru decides to exorcise the ghost of her boyfriend, by a final search, and asks Ahmet touchingly to drive her to a very dangerous area of high genocidal activity. Ahmet refuses point blank. Sumru has even a telephone conversation with Ahmet to thank him for his intellectual help and to say goodbye. But a jump cut suddenly shows us an endless seeming road, a close up on Sumru as the passenger in the front seat, and finally a camera shift to the driver being … Ahmet.   We now hear that Ahmet’s Dad was a truck-driver working on the roads to Iran, one of the countries that harbor a considerable population of Kurds (the film is dedicated to two Iranian film-makers in-prison). As a child, Ahmet had witnessed the death of his father shot from behind in the public square of their village – obviously another peshmerga-victim by unknown assailants…

snow and romantic mist (for which the climate in the Rize district of Hamshen is famous).Ahmet, in deep sensitivity gives Sumru space to look for Harun’s grave, while he like the mountain-Kurd that he is wanders off into the beautiful landscape. Sumru, skillfully underplayed by the actress, goes from grave to grave, almost (you feel palpably) hoping that she would not find it … and alas, alack unfortunately she suddenly hits upon it … a gradual sob bursts on her face, pulling her up and pushing her into the opposite direction Ahmet had taken … You know that their love shall be even more impossible now … a wild black horse on white snow wanders aimlessly …
On a long shot, the couple getting gradually more lost in the mountain fog and mist developing, the film soundtrack plays a most beautiful Armenian lullaby, accompanied on saz (recorded by Ludvig Durian, music by Khatchatur Avetissian) orchestrated with a haunting melisma (sang majestically by the Chamber Music Choir of Radio Yerevan), rendering the last five minutes of the film as un-missable as its first five minutes … and the gems in between.
And the greatest of these gems is the one, right in the mid-stream of the film-flow, transforming it into a most complex and skillfully constructed film-script of immense depth and historical significance – and here is how;
Sumru, whether by luck or by design, playing as intelligently ambiguous as possible, comes across the ruins of a dilapidated Armenian church, Sourp Giragos, Ermeni Kilisesi, Dyarbakir  in the care of an old Armenian (played by Sarkis Seropyan, a colleague of the murdered Hrant Dink). His script-name Antranig in Armenian has several semantic referents, most importantly meaning the First-born … (here) of Anatolia.
The people of Turkey do know that the Armenians were the very first people in Anatolia, and they were there as late as in 1915, and they are still there as crypto-Turks, born of the thousands of the stolen young girls during the genocide … Talaat, the great genocider and the grand Vizier of the Young Turks wanted only a single Armenian left on this planet, to be skinned and stuffed as a Museum piece!  Today, there are 10 million the world over, plus perhaps 3 million as crypto-Turks, the Turks of Hamshen all being such …
Antranig was also the famous guerilla commander, the Őcalan of the Armenian people fighting for survival. The bekji (= caretaker) Antranig of the Diyarbakir-church has daughters in Switzerland, but refuses to join them for a comfortable old age, and tells Sumru remarkably incredibly precisely what … Hrant Dink himself told me once in Istanbul explaining why, oblivious for his own personal safety, he would never leave Turkey; “anonts vosgornereh ais hoghin dag en” = their bones (implying the bones of our ancestors, let alone the massacred ones) are under this earth (buried in this land). The Turkish Deep-State made sure that Hrant Dink’s bones joins them!
Antranig says to Sumru in Turkish, “you look like our girls”. And in an absolutely masterly coup de theatre, the film-director suddenly lets Antranig ask in Armenian, “Haieren kidess? = Do you know Armenian?”, and Sumru answers in (I don’t know if you guessed it, yes!) in fluent … Armenian, to tell us that she is actually – a second lightening! – Hamshentsi … a crypto-Turkish Armenian.
The genius of this film-director shines brilliantly in the skill of inventing meaningful and conceptually original complexities with minimal means; suddenly, the present genocide attempted on the Kurds is superimposed on the genocide of the Armenians, the first-borns of Anatolia, of which the Armenian-speaking Hamshentsis are a living proof of the plan’s total failure. Genocides in history have never succeeded, and will never!  The Kurds will have their country in the end. The pity of it is the waste of priceless human blood spilt, and precious human beings – god’s children all – swallowed up by Satan, the military junk-heads of this world.
There is a clever third strike of a cinematic lightening in the above scenes – Sumru

pleads with Antranig to look for and find for her his mother’s recorded voice singing a mournful Elegy … Antranig is reluctant initially, but eventually, on Sumru’s third visit, plays the tape for her, on the porch,   as rain falls heavily everywhere like the tears of all the Armenian and Kurdish mothers lamenting for their murdered children, while Antranig explains in Armenian that his own singing-mother was sacrificed during the 1915 chart … subtitled as genocide in English, the exact translation of which in Turkish would have been soykιrιm – the most dreaded and denied word of the post-modern Turkish state-vocabulary.
For this fact alone, this film can be regarded as the most aesthetically satisfying political art-film of the last two decades of world-cinema, which brings me to the beginning of the film, on a par with perhaps the greatest political film of all time, Sergei Eisenstein’s Battleship Potemkin (1925). Its world famous sequence of sheer genius and total originality is the five minute sequence of The Odessa Steps; the Tsar’s soldiery, in their light white summer tunics march down seemingly endless stone-steps rhythmically, robotically, with their bayonets stuck out like their penises, massacring the revolutionary demonstrators … a jump cut on a close-up of a mother pushing a baby in a pram, falls to the ground shot dead. The pram then rolls down the steps into the scattering panicked crowd!
Alper’s horse-genocide sequence will go down in film-history as being on a par with Eisenstein’s, I am certain.
Armenian communities throughout the world should make an urgent effort to see this most beautiful, politically powerful, educationally visceral, aesthetically sensational great film in local cinemas – For all enquires to organize a local /community showing, see Contact below;
Contact
Caferağa Mah. Sarraf Ali Sok.
Kaan Apt. No:25 / 3
Kadıköy / İST / TR
T (+90) 216 418 42 06
F (+90) 216 336 26 34
E [email protected]
Total
0
Shares
Share 0
Tweet 0
Pin it 0 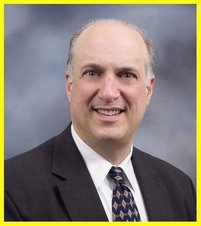 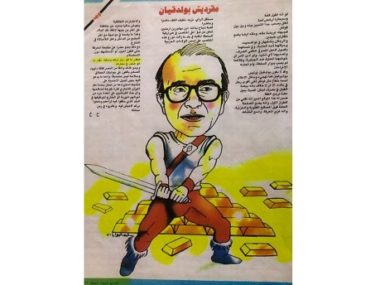 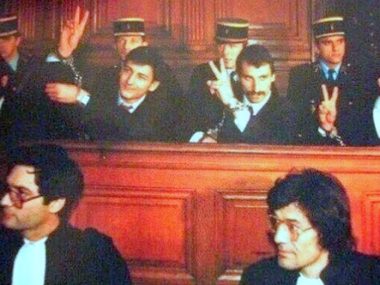 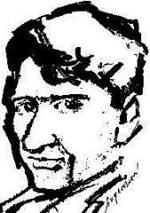