Presence of the Past in Legal Dimensions

21-10-2011
On 2 October 2011 a Symposium was held at the U.C. Berkeley co-sponsored by the Armenian Studies Program and the Organizing Committee of the Congress of Western Armenians.

Under the title "The presence of the past: Legal dimensions of Armenian-Turkish Relations" scholars and specialists of international law from Paris,Geneva, Washington and Berkeley addressed in a most pragmatic, scientific  and methodical way the treaties of Sèvres, Kars and Lausanne as well as the Turkish legislation concerning the public and private property of Armenians of the Ottoman Empire including the issue of the cultural heritage of this population.
21-10-2011
On 2 October 2011 a Symposium was held at the U.C. Berkeley co-sponsored by the Armenian Studies Program and the Organizing Committee of the Congress of Western Armenians.

Under the title "The presence of the past: Legal dimensions of Armenian-Turkish Relations" scholars and specialists of international law from Paris,Geneva, Washington and Berkeley addressed in a most pragmatic, scientific  and methodical way the treaties of Sèvres, Kars and Lausanne as well as the Turkish legislation concerning the public and private property of Armenians of the Ottoman Empire including the issue of the cultural heritage of this population.
Following introductory remarks by Prof. Stephan Astourian, the Executive Director of the Armenian Studies Program, and Dr. Souren Seraydarian representing the Congress of Western Armenians presentations were made as follows;
Prof. Susan Karamanian, George Washington University Law School, “Making sense of Sèvres:an international legal perspective”;
Prof. Serge Sur, University Panthon-Assas, Paris II, ”Sèvres Treaty(1920), Kars Treaty (1921), Lausanne Treaty (1923):What relevance to the current Armenian Situation”;
Prof. Raymond Kévorkian, Institut Francais de Geopolitique, Universite Paris, VII -Saint Denis, “The fate of the Armenian Cultural Heritage in Turkey: process of spoliation and management of Cultural holdings”;
Prof. Catherine Kessedjian, University Pantheon-Assas, Paris II, ”the Antonym of Oblivion and denial is not memory, but justice”;
Prof. Alfred de Zayas, Geneva school of Diplomacy and International relations "Ex injuria non oritur jus: Genocide and the Non-Applicability of Statutes of Limitations to Claims arising from Genocide”;
The Symposium was organized in anticipation and preparation of the founding Convention of Western Armenians to be held in Sèvres/Paris on 10 and 11 December 2011.

Canadian-Armenians who would like to participate in the founding convention please contact
dikranATkeghart.com or infoATwancongress.org
A draft agenda and other papers will be made available
by 20th November on IOC's website

Introductory Remarks by Dr. Souren Seraydarian
On Behalf of the Organizing Committee

I would first like to express my gratitude to all of you who decided to attend this symposium on a beautiful Sunday morning. My special thanks and appreciation are addressed to Prof. Stephan Astourian, the Executive Director of the Armenian Studies Program, Institute of Slavic, East European, and Eurasian Studies of the University of Berkeley as well as to the participants: Prof. Sur, Prof. De Zayas, Prof. Karamanian, Prof. Kevorkian and Prof. Kessedjian.

Few words about the Congress of Western Armenians:

The Western Armenians, descendants of the survivors of genocide and deportation, citizens of the Ottoman Empire are the legitimate claimants of their rights. Not the Republic of Armenia. The Republic of Armenia, a sovereign, independent, member of the United Nations, has its own prerogatives and has to respond to geo-political, economic, social and good neighborhood imperatives. An organized representative body of Western Armenians, a nation forced away from their lands will earn the right to represent itself [Rights of the Nations Manifesto of 1976). Such a body will also be beneficial to the Motherland and Artsakh, as it will facilitate solving most of their dilemmas.

Why Western Armenians and not Diaspora? Because over two million descendants of the victims live in Armenia and Russia and established their own compatriotic associations. The term is used to identify the Armenians who lived throughout the Ottoman Empire from Constantinople to Van and Aleppo, from Cilicia to Edirne and Kars.

In order to organize the Western Armenians there is a need to create institutional and representational capacity to address all the issues of legitimate violated rights. Hence a group of some 40 historians, lawyers, intellectuals and business men and women from France, Armenia, Russia, Syria, Lebanon, USA, Austria, Iran and Argentina established in 2007 an NGO registered under French law to prepare a Congress or a Convention of Western Armenians. The Committee held 12 sessions as well as scientific seminars in France, Switzerland, Cyprus and Armenia. Three documents were published. The first reflected without comments the inter Armenian talks and negotiations between 1913 and 1921. The second was a summary of the Cyprus seminar dealing with the issue of claims and last but not least the book of prof. Vahan Melikyan (Haygagan bahantchadiroutioun, arevmedahayeri yereort hamakoumari anhrajechdoutioune).

Why the 3rd Congress? Because two such Congresses took place in Yerevan in 1917 and 1919 to deal with the refugees and represent the Armenian demands to the Paris Peace Conference. They failed among others because of disagreements between Boghos Noubar Pacha and Aharonian and the insistence of one political party taking over the power in what remained of tsarist Russian Armenia.

The International Organizing Committee is now ready to call for the holding of the Convention on 10 December 2011 in Sevres. The Organizing Committee will be dissolved as soon as the Convention has elected a National Executive Council. The Council will deal with official entities, national courts, regional and international tribunals, NGOs, Regional and International Organizations, lobby groups and why not with Turkish intellectuals and lawyers convinced of the need to overcome their history.

The Council should address all the issues related to property claims, private and public, the unlawful deportation of citizens from their original place of birth or residence, rendering them stateless. It should also address past and present human rights violations and prepare and eventually participate in any dispute resolution mechanism such as arbitration.

The Council should also ensure that the Armenian cultural heritage is safeguarded by the Turkish authorities in accordance with the provisions of Appendix 4.1. of the Lausanne Peace Treaty concerning protection of minorities.

We will continue to organize or co-sponsor seminars and symposia such as this one to determine and define our way forward towards the 25th of April and not the 24th.

It is essential to determine where we are and where we are heading to. The popular Chinese saying should guide us in our endeavors "If you do not know where you are going, you may end up where you did not want to be". 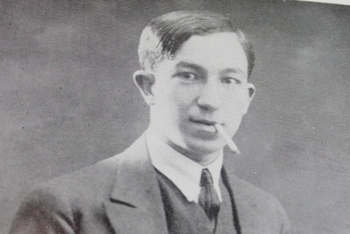 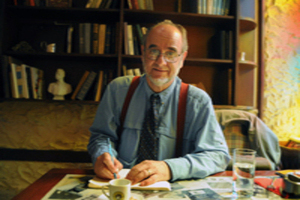 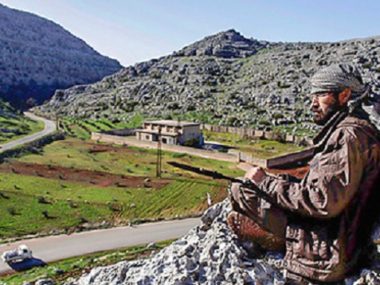 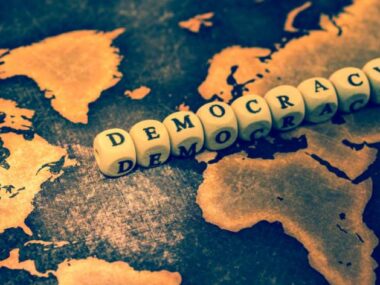