The California Courier was recently able to obtain from the Ottoman archives important documents regarding the tragic fate of prominent ARF (Dashnak) activist E. Agnouni, who was born around 1865 in Meghri, Armenia. He studied at the University of Geneva and was active in Armenian political movements in Georgia, Russia and France. In 1904, while in Paris, Agnouni supported the efforts of the Young Turk Party to overthrow Sultan Abdul Hamid. After returning to Constantinople (Istanbul), he actively participated in the Young Turk revolution of 1908. He then toured the Armenian communities of Europe and the United States. Agnouni was arrested in Istanbul on April 24, 1915 — along with hundreds of prominent Armenians — and subsequently murdered.

Prior to his arrest, Agnouni had written a heart-wrenching commentary, published in the April 16, 1915 issue of Asbarez, the Armenian language newspaper in Fresno. The article described disturbing scenes of Armenian soldiers fighting each other in the armies of their respective countries — Russia and the Ottoman Empire. In his article, Agnouni urged Armenian-Americans to come to the aid of their suffering compatriots back home.

Not surprisingly, the Ottoman government had kept track of Agnouni’s every move. This was evidenced by our recent discovery in the Istanbul archives of the Turkish translation of his 1915 article. The translator was an Armenian official named Artin who worked for the Turkish government as a "Censor of Armenian newspapers."

Censor Artin added the following revealing note: "This translated article belongs to E. Agnouni. He is a member of the Dashnak Party. His real name is Khachadour Maloumian. He is a citizen of Russia. He came to Istanbul during the war and until recently did not do any work other than carrying out propaganda for his party. During his residence here, he made one or two trips to Europe. He is part of the last group that was deported and exiled."

Bishop Krikoris Balakian, who was among those rounded up by the Turkish government on April 24, 1915, narrated the following bone-chilling episode about Agnouni’s arrest in his monumental two-volume memoir titled, "Hay Koghkota," (Armenian Golgotha). When Turkish police officers came to his house to arrest him, Agnouni asked in a state of shock: "Does Talat know about this?" Agnouni was completely dumb-founded when the officers showed him Talat’s signature on his arrest warrant. He asked: "I just had lunch with Talat — how come he did not say anything to me?"

Agnouni was stunned by his arrest because he could not believe that Talat would betray him after he had saved his life during the Young Turk revolution of 1908, by hiding him in his own home at the risk of his own life. According to Balakian, when Agnouni finally realized that he was being led to his death, he told his fellow prisoners: "I don’t regret dying, since I knew that death was inevitable. My only regret is that we were deceived by these Turkish villains." Balakian expressed his deep regret that Armenians who put their trust in Turks realized their mistake too late – only when they were on their way to their deaths!

Several new documents just obtained from the Ottoman archives reveal for the first time that the King of Spain made repeated efforts to obtain the release of Agnouni, Daniel Varoujan, Siamanto, and other prominent Armenians. It is not known what prompted the Spanish King to involve himself in such a humanitarian endeavor.

In two letters dated April 24, 1916, and May 10, 1916, Spain’s Amb. Julian del Arroyo wrote to Turkey’s Foreign Minister Halil Bey, advising him that His Majesty King Alfonso XIII was asking Sultan Mehmed V to spare the lives of the above named Armenian prisoners. Regrettably, unbeknown to the Spanish King, these Armenians had been killed long before his praiseworthy intervention.

Several recently obtained confidential memos between various Turkish officials indicate that Interior Minister Talat finally made up a fake story about the fate of these prominent Armenians. Talat wrote to Foreign Minister Halil Bey on July 25, 1916, asking him to advise the Spanish Ambassador that the Armenians in question, while being led to the Diyarbekir Military Court, had overcome their guards and escaped to Russia! Talat concealed the fact that the Armenian prisoners had been killed months before the Spanish King’s inquiry. This episode demonstrates that Talat was covering up his crimes as he was committing them!

Reading these newly discovered memos written by Turkish leaders leaves no doubt that the Armenian Genocide was centrally planned and executed. Minister of Interior Talat ordered the deportation and execution of Armenians and demanded detailed reports on their movements and conditions. In some instances, Talat personally wrote letters inquiring about the whereabouts of several prominent Armenians!

Despite all attempts to purge incriminating documents, ample evidence of Turkish complicity in the Armenian Genocide still remains in the Ottoman archives!
Total
0
Shares
Share 0
Tweet 0
Pin it 0 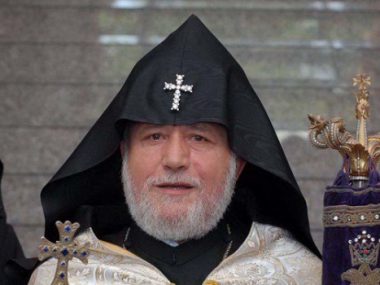 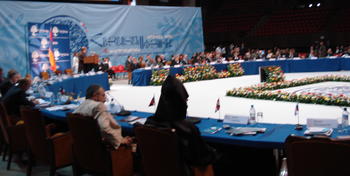 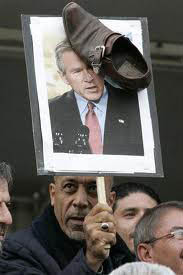