Vahe Tilbian, a young Ethiopian-Armenian artist was recently interviewed by "Melodi, Radio & Entertainment". Below is the transcript. It says it all about the artist and his music. Don’t Stop provides a glimpse of his style.Ed.

Can you describe your music for our readers?

It’s what I’d like to call a “mixology”. I like many different genres, from rock to techno, reggae to R&B. Armenian music, Ethiopian music, a lot of Latin music. You name it I listen to it. So in a way I think my original music is and will be a mix as well.

Vahe Tilbian, a young Ethiopian-Armenian artist was recently interviewed by "Melodi, Radio & Entertainment". Below is the transcript. It says it all about the artist and his music. Don’t Stop provides a glimpse of his style.Ed.

Can you describe your music for our readers?

It’s what I’d like to call a “mixology”. I like many different genres, from rock to techno, reggae to R&B. Armenian music, Ethiopian music, a lot of Latin music. You name it I listen to it. So in a way I think my original music is and will be a mix as well.

What influences your sound and music? Can people outside of Ethiopia and Africa relate to and enjoy it?

My mood mostly. My daily activities. We all wake up in a different mood on a daily basis. Sometimes I feel like I need a slow and painful song to set me right and other times I want to jump around and let the energy out. My music is definitely something I use to connect with the world and not just Ethiopia, Armenia or Africa. I believe in simple lyrics and concepts that can be easily grasped by anyone and the Pop music genre as a whole is quite universal of late. My single “Life or Something like it” is a pop rock song while the new one just released “Don’t Stop “ is a dance number. So definitely anyone can relate to it and hopefully will enjoy it also!

You were raised in Ethiopia, but are of Armenian origins. Does your Armenian background influence your music?

Without a doubt. I was raised with Armenian music playing at home and even at school. Both my Armenian and Ethiopian roots are immensely important to me as I believe they make me a unique artist.

You come from a musical family/background. But you have a science degree from Canada. What lead to your decision to have a full time music career?

My calling to music perhaps came late. All through high school I wanted to go to med school but that changed. I was always surrounded by music and being interested in dance at a very early age I stumbled on the UBC Dance Club and joined their dance classes. So my interest in music just kept growing. After I moved back to Ethiopia I was asked by a good friend of mine Bitik (who you have featured) if I would be interested to join a band she was putting together and I jumped at the opportunity and haven’t looked back since. The music is keeping me content and stable enough and it was a very positive decision to quit my day job. The work has so much satisfaction and is so much fun that I’m constantly encouraged to continue being in music full time. I really love what I do and it comes down to the fact that I have found happiness in music. It’s awesome to finally find your niche.

When I perform covers I do like to sing Salsa, ChaChaCha songs. Some Latin rock as well. For my own music I’m still concentrating on trying to find my individuality so I’m not really focusing on just a latin feel to my songs. Coming from a ballroom dancing background the music for the dances are quite specific in tempo and style but I’m thinking once an album is done I’m very open to remix some songs to fit styles which people can ballroom dance to. Why not right?

You are currently collaborating with American musician and producer Kenny Allen. How did the connection happen?

I was asked to perform by a friend of mine Ledj Leo, a French reggae artist (based in Addis and Paris) in a small lounge called Vibrations where once a week there was live music, purely guitar, percussions and vocals. Kenny Allen was performing there weekly and I jammed a couple of songs. Eventually Kenny asked me to sing supporting vocals for his “The 251” album release concert and that’s how I started working with him. Kenny Allen has produced my latest single Don’t Stop and we’re working on more songs for my album.

What would be your dream collaboration?

Oh I can go on forever!! International artists like Bruno Mars, Alicia Keys and of course the ultimate collaboration would be for David Guetta or Benny Benassi to mix a song for me, again one can have dreams right? I’d love to collaborate with Ethiopian singer Zeritu Kebede, who I currently work with. I open for her shows and sing supporting vocals but would love to work on a song together. Also would love to work with Samuel Yirga an amazing pianist who’s getting a lot of much deserved recognition. Armenian artist Sirusho would be another great collabo as well.

What are your feelings and opinions about the Ethiopian and African music industries?

The Ethiopian music industry I find is quite secluded unfortunately. It has never really rocked the African or the world music as much as I believe it can. Most other African music gets recognition in Europe and in the USA but I think in Ethiopia we must strive more, push further and let our music be heard out there. I feel we haven’t really been given a chance but it’s a 2 way street. We also must market ourselves more. There are so many amazing musicians in Ethiopia who need to be recognised and acknowledged.

Which artists inspire you?

Bruno Mars without a doubt. I love his simple lyrics and uncomplicated melodies. That’s exactly what I want with my music. Munit Mesfin of Ethiopia was a huge inspiration to me right before I started singing and her unique approach to performing with just guitar and voice was truly an eye opener. Artists who I like to listen to and get inspiration from also include John Mayer, Jason Mraz, Maroon 5, Nickelback, and Armenian artists like Andre, Hayko and David Minasyan to name a few.

Where do you see your career 5 years from now?

Hopefully with a multiplatinum album, with a nice record deal under my belt. I am laughing as I write this but… keeping the hope alive! God knows what He has in store for me. I leave it up to Him.

When can we expect the release of your debut album?

Early to mid 2012 if all goes well. Things seem to be moving in the right direction so, here’s hoping!

What has been your best performance to date?

Ooh tough question. There have been so many. I had an amazing time performing with Kenny Allen and the 251 Band and Zeritu Kebede and Zemen Band at the 2nd Acacia Jazz Festival in Addis Ababa, Ethiopia. Also was honoured to perform with artists like Edgar Hakopyan, world renowned violinist and the Queen of Kannon, Hasmik Leyloyan who came to Ethiopia from Armenia. I’ve also had many good gigs with Z Beyaynetus, the band I work with at the moment so… 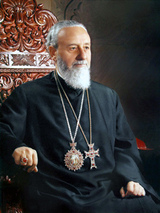 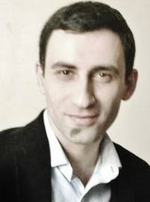