Have you wondered why some Armenians have cumbersome surnames such as Soghanyemezian, Chookaszian, Beshigtashlian, Srmakeshkhanlian, Deoshoghlanian, and Jingabedoghlu? And if you knew the meaning of certain uncomplimentary Armenian surnames (Boujikanian—short man), Kherdian (destroyed and fled), Jambazian (swindler), Koulaksouzian (person with no ear), and Chirkinian (ugly) have you wondered why Armenians have them?

Veteran columnist and editor C. K. Garabed (pen name of Charles Garabed Kasbarian) of New Jersey offered the answers to the above and more at a slide lecture on Dec. 9 at the Pashalian Hall of St. Illuminator’s Armenian Cathedral in New York City. Titled “What’s in a Name? The Etymology of Armenian Surnames,” the event was co-sponsored by the Hamazkayin Armenian Educational and Cultural Society—Eastern USA and the cathedral. The cultural event was organized to launch Garabed’s “Dictionary of Armenian Surnames” on Armeniapedia.org.

Following a brief outline of the origins of the Armenian language and its links to other languages, Garabed said there are seven categories of Armenian surnames: aristocratic (Rshdouni); patronymic (father’s name– Hagopian); occupational (Voskerichian–goldsmith); geographic (Izmirilian); general description (Zooloomian–cruel); special circumstances (Kherdian); and physical traits (Topalian–lame). Often the uncomplimentary names were assigned in derision by Turkish officials. While many Armenians assume that names with non-Armenian roots must be automatically Turkish, Armenian names can also derive from Persian (Shahbazian, Zargarian) and Arabic (Habeshian, Jelalian, Maksoudian).

One of the more interesting moments of the lecture was Garabed’s translation of Sabiha Gökçen’s name. Gökçen is the Armenian Genocide orphan who was adopted by Ataturk. He changed the girl’s name from Hatun Sebilciyan. Both “Sabiha” and “Gökçen” mean fair or beautiful. Ataturk trained her to become Turkey’s first female air force pilot. She bombed Alevis and fellow Armenians of Dersim, Turkey in the mid-‘30s. Columnist/Editor Garabed also talked about Armenians who have “modified” their names. He cited Iranian merchant families of India and Southeast Asia who changed their names from Astwachatoor to Chater, Haroutiun to Arathoon, Mgrditch became Mackertich, and Sarkissian became Serkies.

Garabed has, for decades, done detective work to determine the derivation of Armenian surnames. Some of the results of his investigative work have appeared in the “Uncle Garabed’s Notebook” column which is in its 30th year in “The Armenian Weekly”. He is also the author of “The Dikranagerdtsi Vernacular Handbook” (2013).

So far the Teaneck resident has compiled more than 10,000 names but has managed to unravel the roots and meanings of only several thousand. To help with his research, he has often relied on the works of Hrachia Adjarian, Tigran Avetisyan, and Stepan Malkhasian plus dictionaries (Arabic, Armenian, Assyrian, Azeri, English, Georgian, Greek, Kurdish, Persian, and Turkish). Garabed is surprised by the magnitude of Armenians who don’t know the meaning of their last names. “While I am not a linguist or philologist, it still gives me great pleasure to conduct research in my modest amateur capacity and then pass on the results. I feel gratified in helping people learn more about their names,” says Garabed.

Some seventy-five people, including Hagop Balian, former editor of Hamazkayin’s “Pakine Literary Journal” attended the lecture. Dr. Herand Markarian of New York’s Hamazkayin said the answer to Garabed’s eponymous question in the title of his talk, ‘What’s in a Name?’ is the identity of the Armenian people.”

An attendee asked whether Armenians should retain their uncomplimentary and/or Turkish names. Another audience member suggested Armenianizing such names. A third attendee said if we are to continue pursuing our just claims, it would be important to keep our family names intact for the purpose of researching records and ascertaining our identities.

At the end of the lecture, St. Illuminator’s Pastor Der Mesrob Lakissian presented Garabed with a plaque which said: “In grateful appreciation for your years of outstanding service, contributions and commitment to the Armenian community.”

The dictionary may be accessed on line, free of charge at Armeniapedia.org 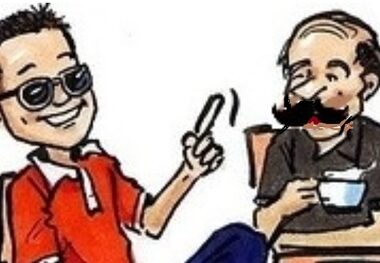 Read More
By Jirair Tutunjian, Toronto, 21 September 2015 Several times, back in 2011, we documented the scintillating and mind-expanding…
Read More
0
0
0 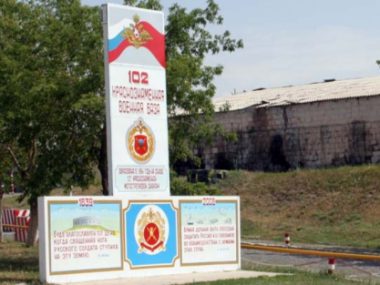 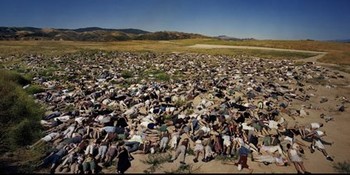 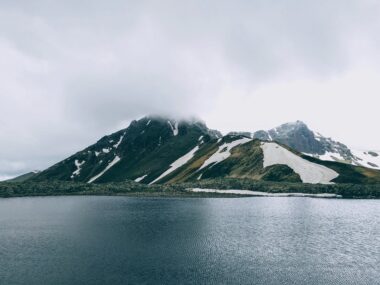