Spying on Americans: A Multibillion Bonanza for the Telecoms

In late January, the Justice Department’s Office of the Inspector General released a report that provided startling new details on illegal operations by the FBI’s Communications Analysis Unit (CAU) and America’s grifting telecoms.

For years, AT&T, Verizon, MCI and others fed the Bureau phone records of journalists and citizens under the guise of America’s endless, and highly profitable, "War on Terror."

Between 2002 and 2007, the FBI illegally collected more than 4,000 U.S. telephone records, citing bogus terrorism threats or simply by persuading telephone companies to hand over the records. Why? Because the FBI could and the telecoms were more than willing to help out a "friend"–and reap profits accrued by shredding the Constitution in the process.

In late January, the Justice Department’s Office of the Inspector General released a report that provided startling new details on illegal operations by the FBI’s Communications Analysis Unit (CAU) and America’s grifting telecoms.

For years, AT&T, Verizon, MCI and others fed the Bureau phone records of journalists and citizens under the guise of America’s endless, and highly profitable, "War on Terror."

Between 2002 and 2007, the FBI illegally collected more than 4,000 U.S. telephone records, citing bogus terrorism threats or simply by persuading telephone companies to hand over the records. Why? Because the FBI could and the telecoms were more than willing to help out a "friend"–and reap profits accrued by shredding the Constitution in the process.

So egregious had these practices become that "based on nothing more than e-mail messages or scribbled requests on Post-it notes, the phone employees turned over customer calling records" to the FBI, The New York Times reported.

And when questions about these dodgy practices were raised internally, top FBI managers "up to the assistant director level" approved CAU’s blatantly illegal methodology and responded by "crafting a ‘blanket’ national security letter to authorize all past searches that had not been covered by open cases," The Washington Post disclosed.

"On some occasions" according to the Times, "the phone employees allowed the F.B.I. to upload call records to government databases. On others, they allowed agents to view records on their computer screens, a practice that became known as ‘sneak peeks’."

"But in a surprise buried at the end of the 289-page report" Wired disclosed, "the inspector general also reveals that the Obama administration issued a secret rule almost two weeks ago saying it was legal for the FBI to have skirted federal privacy protections."

Investigative journalist Ryan Singel revealed that the "Obama administration retroactively legalized the entire fiasco through a secret ruling from the Office of Legal Counsel nearly two weeks ago."

While corporate media frame these stories as if they were practices of the far-distant Bushist past, former telephone technician and AT&T whistleblower Mark Klein, who leaked documents on the existence of secret NSA-controlled spy rooms embedded in AT&T switching offices across the country, believes otherwise.

Klein told Wired journalist David Kravets January 29, that the President’s Surveillance Program (PSP) and internal AT&T documents suggest that the program "was just the tip of an eavesdropping iceberg."

According to Klein, these programs are not "targeted" against suspected terrorists but rather "show an untargeted, massive vacuum cleaner sweeping up millions of peoples’ communications every second automatically."

In a cowardly ruling that skirts the issue of Americans’ privacy rights, Walker reaffirmed the unlimited power of the so-called "Unitary Executive," Bushist double-speak for a presidential dictatorship; a position embraced by current Oval Office resident, the discredited "change" President, Barack Obama.

In a further sign that the Executive Branch and secret state agencies are above the law, Walker ruled that harm done to U.S. citizens and legal residents under the PSP, was not a "particularized injury" but instead was a "generalized grievance" because almost everyone in the United States has a phone and Internet service.

Chillingly, Walker asserted that "a citizen may not gain standing by claiming a right to have the government follow the law." This pitiful summary judgement merely affirms the obvious: America is a lawless state where neither citizens nor "co-equal" branches of government, Congress and the Courts, can challenge the quintessentially political decisions made in secret by the Executive Branch.

Despite the fact that an audit by the Justice Department’s own Office of the Inspector General found that the FBI and telecom grifters colluded together to violate federal wiretapping laws, to wit, the Electronic Communications Protection Act (ECPA) and continue to do so today, Walker’s ruling means that Americans are left without an legal mechanism to redress the systematic destruction of their rights.

It is all-too-clear that were these lawsuits to go forward and the telecoms lose, the giant phone companies and internet service providers, which the Justice Department was forced to admit in court papers are an "arm of the government … when it comes to secret spying," as Wired reported in October, would potentially face astronomical fines.

Strip away Walker’s mendacious reasoning and what we’re left with is another in an endless series of moves by the capitalist state to defend the interests of their political masters: the corporate oligarchy and financial swindlers who resort to police state methods of rule to shore-up a crumbling empire.

EFF Senior Staff Attorney Kevin Bankston denounced the ruling and said, "The alarming upshot of the court’s decision is that so long as the government spies on all Americans, the courts have no power to review or halt such mass surveillance even when it is flatly illegal and unconstitutional."

Last June, Walker dismissed EFF’s Hepting v. AT&T lawsuit that targeted illegal collaboration between AT&T and the NSA. In that case, the court ruled that the telecoms enjoyed retroactive immunity from liability when the Democratic-controlled Congress, and then-Senator and corporatist presidential candidate Barack Obama, voted in favor of the despicable FISA Amendments Act (FAA).

Antifascist Calling reported that the Obama administration argued that Jewell too, must be dismissed on similar grounds. Taking a page from the Bush/Cheney playbook, the government claimed that should Jewell go forward, it would require disclosure of "privileged state secrets."

As I wrote at the time, the claim of "sovereign immunity" and a "state secrets" privilege means that the government can never be held accountable for blatant illegalities under any federal statute. In other words, under such conditions the "rule of law" is a fraudulent exercise and gross criminality, when sanctioned at the highest levels of the state, becomes the norm as formerly democratic and republican forms of self-governance slip ineluctably towards the abyss of presidential dictatorship.

Following in the footsteps of his White House predecessor, the cynical nature of Obama’s rhetoric is all the more remarkable, considering that the president announced last September amid great fanfare that his administration will "impose new limits on the government assertion of the state secrets privilege used to block lawsuits for national security reasons," according to The New York Times.

Despite administration posturing that it would be the most "open" in history, "more than 300 individuals and groups have sued the government to get records" in the year since Obama assumed office, The Washington Post reported January 27.

"In case after case" the Post disclosed, "plaintiffs say little has changed since the Bush administration years, when most began their quests for records. Agencies still often fight requests for disclosure, contending that national security and internal decision-making need to be protected."

Nowhere is this penchant for secrecy more pronounced then by the Obama administration’s steadfast refusal to turn over the names of telecom lobbyists who bought-off their congressional allies in the run-up to the passage of the FISA Amendments Act of 2008.

The Electronic Frontier Foundation has been litigating a Freedom of Information Act request against the government, demanding that the administration turn over the names of corporate lobbyists who had contacted Congress, the Department of Justice and the Office of the Director of National Intelligence on behalf of their telecom clients bid for retroactive immunity under the FAA.

According to EFF, AT&T, Sprint and Verizon lobbyists forked over bundles of cash, as the watchdog group MAPLight revealed in 2008, when they published a list of campaign contributions to congressional Democrats who changed their votes on FAA once the wheels had been sufficiently greased.

Despite claims of "openness" and "transparency," the administration is still fighting hard to conceal the names of these lobbyists from the American people. In December, EFFreported that the Justice Department "argued to the appeals court that ‘there is no public interest in the compelled disclosure of the representatives’ identities’."

Having pledged to the American people that his would be an administration based on the rule of law and public accountability, the Obama presidency has proven itself to be just as secretive and mendacious as the Bush/Cheney cabal that ruled the roost for eight long and bloody years.

Our "forward looking" president, and the ruling class elites who have presided over the destruction of our democracy demonstrate on a daily basis the accountability-averse culture that has been a staple of American political life for decades.

While the federal courts toss out suits by citizens demanding that their right to privacy not be sacrificed to corporate looters and their police state accomplices, the architects of torture and driftnet surveillance get a free pass.

Newsweek reported January 29, that a long-awaited report from the Justice Department’s Office of Professional Responsibility (OPR) "clears the Bush administration lawyers who authored the ‘torture’ memos of professional-misconduct allegations."

Leaving aside Newsweek’s placement of quotation marks around the word "torture," a practice fully in keeping with the corporate media’s consensus that such heinous practices have "kept us safe," Michael Isikoff and Daniel Klaidman write that while the probe "is sharply critical" of the "legal reasoning" used to justify CIA and Pentagon crimes however, "a senior Justice official who did the final review of the report softened an earlier OPR finding."

That earlier version had concluded that two of the key authors of Bushist torture and surveillance policies, Federal Appeals Court Judge Jay Bybee and University of California law professor John Yoo, "violated their professional obligations as lawyers when they crafted a crucial 2002 memo approving the use of harsh tactics."

By downgrading OPR’s original finding, the Justice Department is no longer obligated to send a referral to state bar associations "for potential disciplinary action–which, in Bybee’s case, could have led to an impeachment inquiry."

Despite the tortured reasoning of blind Obama loyalists, Dick Cheney’s "Unitary Executive" is alive and well.

After all, Plus ça change, plus c’est la même chose!

Read More
By Avedis Kevorkian, Philadelphia, PA USA, 30 January 2010 It was one of those informal lunches, during the…
Read More
0
0
0 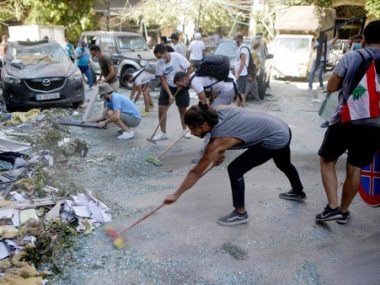 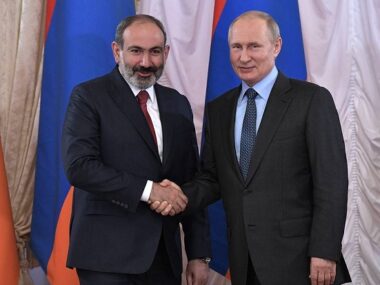 Read More
Editorial, 29 November 2015 Armenians who follow Armenian/Turkish politics and particularly the Armenian goal to recover all or…
Read More
0
0
0